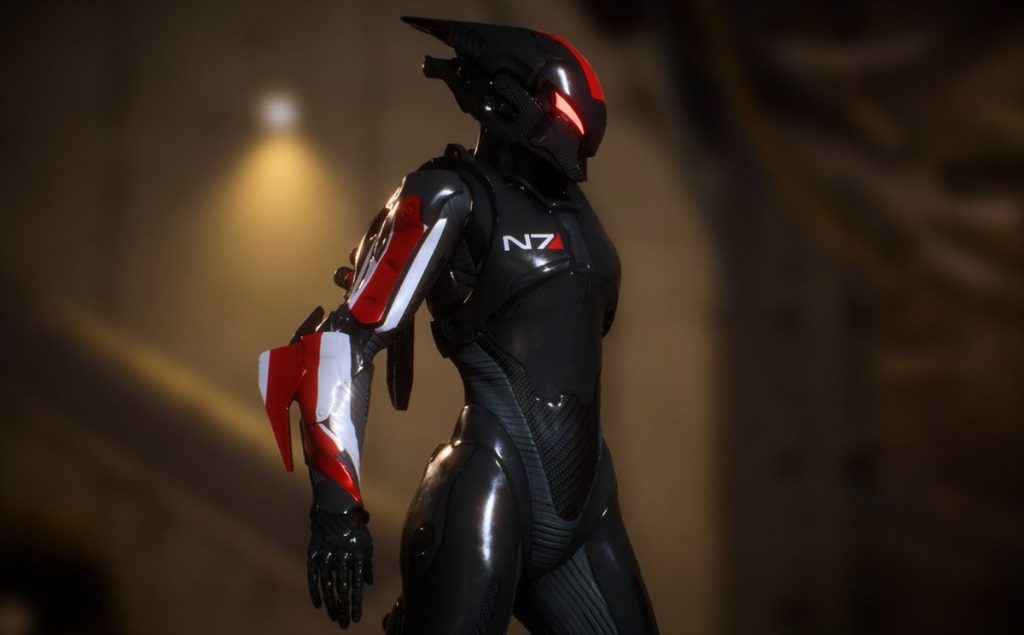 As N7 celebrations were in full swing across the globe yesterday (or, at least, I’m assuming they were), Anthem lead producer Mike Gamble shared a image on his personal Twitter account depicting a Javelin decked out in a suit of glorious N7 armour.

The Javelin in question appears to be the Interceptor. But it seems likely there’ll be similar N7 armour sets for the other classes too.

Either way, as you can see from the image at the top of this article, it really is a thing of beauty.

Gamble wasn’t the only BioWare employee to reference the studio’s epic and much-loved sci-fi series in the course of yesterday’s celebrations.

At the end of a video published on the developer’s YouTube channel inviting fans to share what N7 means to them, general manager Casey Hudson appeared on screen offering his own, personal thoughts on the subject:

“It means coming into the studio every day, dreaming about what the next great Mass Effect game will be”.

Before raising a mug of coffee to the audience, taking a sip, and turning back to his computer as the door to his office glided quietly shut.

It’s a pretty innocuous comment, admittedly. It’s hardly the announcement of a brand-new sequel, after all. Nevertheless, it’s reassuring to know that the studio hasn’t given up on the series just yet. Despite Mass Effect: Andromeda’s divisive launch.

Yes, there were plenty of graphical issues and some of the characters were a little bit bland. But even so, it more than earned the 8/10 it received in the PSU review.

What would you like to see from the next Mass Effect game? A direct sequel to Andromeda? A current gen port of the original trilogy? Or something completely new?