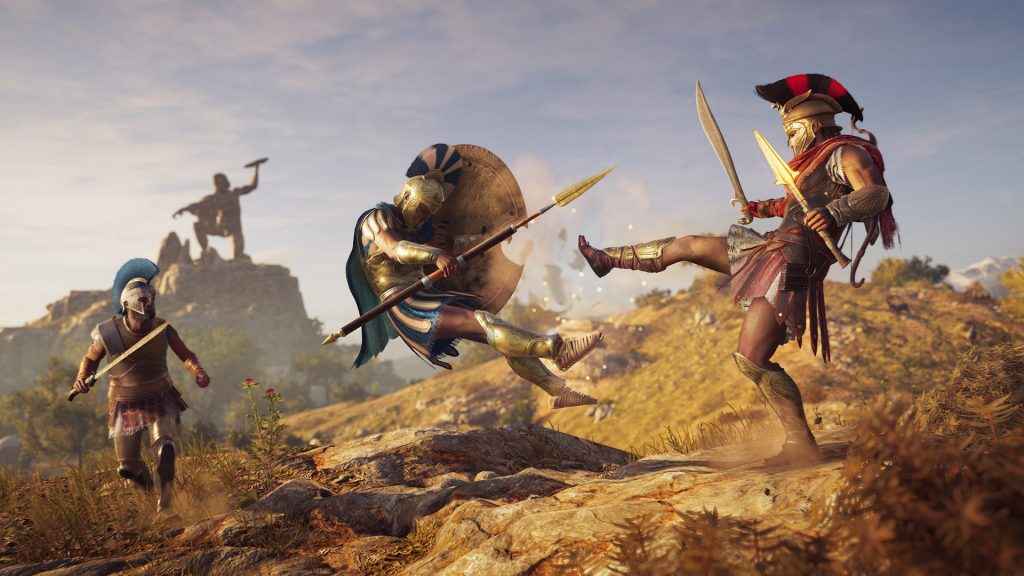 Two weeks ago, when we attempted to launch the first Epic Mercenary Event with Damais the Indifferent, we discovered that the content didn’t properly appear for a majority of our players. It wasn’t satisfactory to have an event available to only a portion of our players.

So we decided to temporarily remove the Epic Mercenary Events from the game altogether until the issue is resolved.

Naturally, Ubisoft is busy working on a permanent fix. Which it hopes to roll out by the end of this month.

In the meantime, the developer is increasing the frequency of Epic Ships from once a fortnight to once a week to make up for the shortfall. And is also activating a discount of -80 Orichalcum on the legendary item Sargon will be selling next week, as a little thank you to the community for its patience.

Original Article 31/10/2018 @ 12:09 – It seems whatever made Damias the Indifferent so apathetic he couldn’t be bothered to show up in the first Assassin’s Creed Odyssey Epic Mercenaries Live Event a week or two ago, has begun affecting his colleagues.

At least, we’re assuming that’s the reason for the cancellation of the game’s second Epic Mercenaries Live Event.

Announced via the Assassin’s Creed Twitter account yesterday afternoon, Ubisoft explained the technical issues that prevented Damias the Indifferent from appearing as intended continue to affect the roll out of the game’s Epic Mercenaries contracts.

The developer didn’t specify exactly what these issues are. But has said that it’s actively working on a fix and will update fans as soon as possible.

Remember Damais the Indifferent? So far we've had no success in tracking him down, so, unfortunately, there won't be a live event this week.

We're working towards a solution to address an issue that prevents the mercenary live events from appearing as soon as we can. Stay tuned. pic.twitter.com/BHqEp1g3cb

Though, to be honest, we’re not overly disappointed by the somewhat inconsistent start to Assassin’s Creed Odyssey’s Live Events.

Apart from the fact we had no issues hunting down the first of the game’s Epic Ships, there’s so much to do in the base game itself (murder Athenian/Spartan soldiers, explore Classical Greece, romance every character possible etc.), we’ve barely noticed their absence.

Assassin’s Creed Odyssey – The Best in the Series?

Out now on the PS4, Xbox One, and PC, Assassin’s Creed Odyssey has received almost universal praise since it released on the 5th October.

Indeed, after a glowing review from PSU’s John-Paul Jones, we had no hesitation in ranking it as the best game in the entire series. Which, when you consider it’s up against the likes of ACII, Black Flag, Syndicate, and Origins, is quite an achievement.