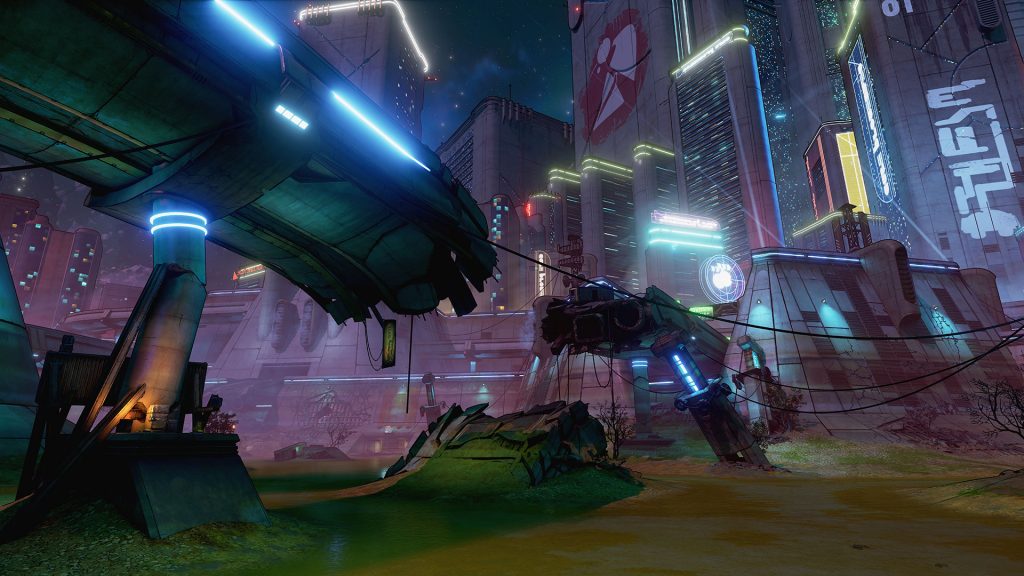 Borderlands 3 developer Gearbox has been flexing its muscles on Twitter with a new video for the upcoming loot-shooter, this time shining the spotlight on a new planet named Promethea. This location was first glimpsed in the Borderlands 3 reveal trailer, and takes the form of a metropolitan planet and home to Atlas corporation.

Borderlands 3’s latest location features towering skyscrapers, although it has suffered at the hands of Maliwan, the rival corporation to Atlas, who has placed the planet under siege. As such, parts of Promethea have become an urban warzone.

Visit Promethea. Home to the Atlas corporation, this metropolitan city-planet has been brought under siege by Maliwan, turning its futuristic urban environment into a brutal warzone. #LetsMakeSomeMayhem
Learn more: https://t.co/4Zgrwk0h4f pic.twitter.com/enrdl5HuWd

Borderlands 3 is pencilled in for a September 13 release on PlayStation 4, PC, and Xbox One. Much like the previous games in the series, Borderlands 3 combines first-person shooting with an emphasis on hoovering up precious loot; just as well, as you wouldn’t want anything else from a Borderlands game, right?

Gearbox has confirmed that the game will keep you busy for a while, even without taking part in side quests, and that the inclusion of microtransactions will be limited to cosmetic items only.

PSU went hands-on with Borderlands 3 a few months ago, so be sure to read our impressions here.