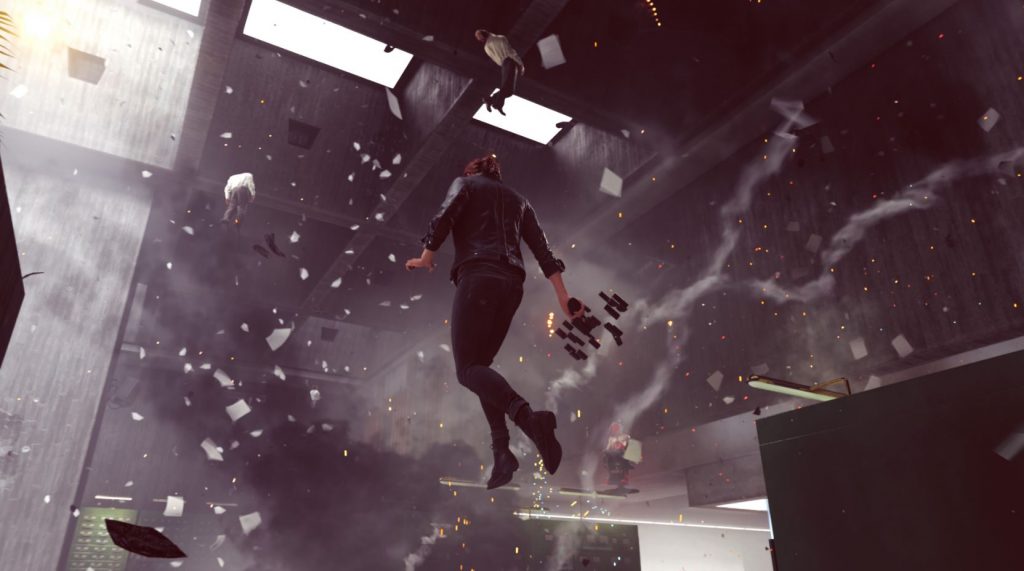 Remedy has released the Control Gamescom 2019 Launch Trailer and it highlights how absolutely weird and bonkers the game is going to be when it releases next week.

Running about 2 minutes long, the trailer showcases several crazy sequences featuring gravity shifting, floating objects, and a whole lot of killing. The game is undoubtedly going to be one of the biggest releases this year and everything we have seen so far has left us incredibly excited for it.

Control marks Remedy’s return to PlayStation after more than 15 years. The game takes place in a large building, called The Oldest House, in New York City owned by the Federal Bureau of Control. You play as Jesse, the Director of this agency and wield a weapon that has the power to change forms and completely shift functions.

Most recently, we got a look at the opening of the game, with 13 minutes of gameplay. With it’s Metroidvania gameplay style, Remedy revealed just how long it will take you to get through the twisty and dangerous halls of The Oldest House. Post-launch, two expansions are set to arrive, alongside a number of free updates.

This new trailer debuted at Gamescom 2019. The Gamescom convention hosts almost every major publisher in the industry, including Sony Interactive Entertainment. The convention kicked off with Gamescom Opening Night Live a reveal show hosted by Geoff Keighley, the Creator of The Game Awards. You can rewatch the livestream here.