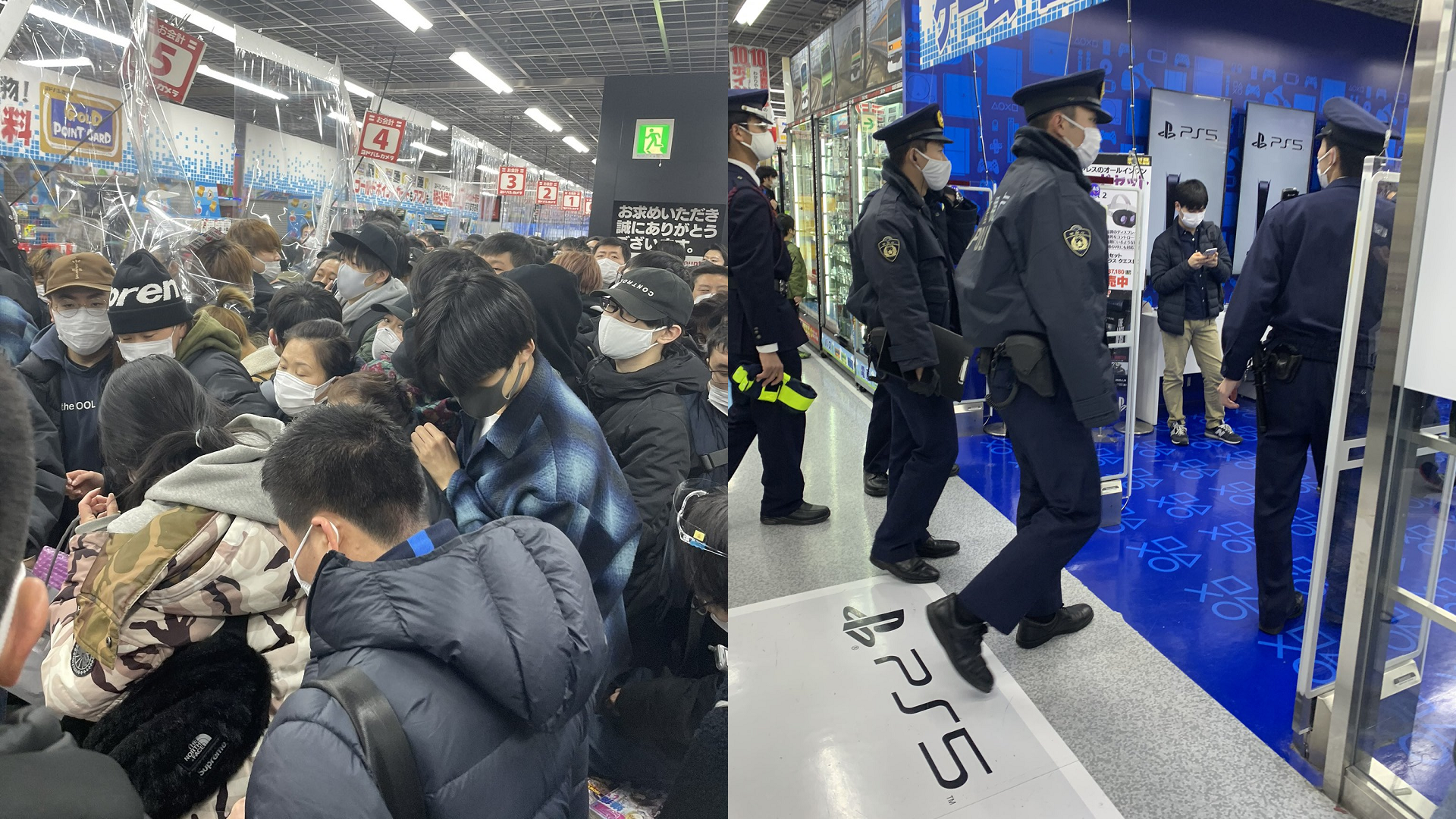 Speaking from my own experience helping friends here in Japan and back in America get the console, the PlayStation 5 remains difficult to get ahold of across the globe. Even after the holiday season, demand is still running high for Sony’s latest console. This morning, a chaotic crowd of people formed at the massive landmark Akihabara, Tokyo location of Yodobashi Camera – one of the biggest electronics retail chains in Japan – all over a restock of the PS5

In Japan, nearly all retailers are selling the PS5 by random raffle lottery, or “chuusen” in Japanese. The system is used for rare consumer items (consoles, electronics, collectibles, etc.) and tickets to concerts and events.

This distribution method is thought of as being more fair, giving a lot of people an actual chance to buy. Additionally, the chuusen system helps to significantly curb scalping/reselling. And unlike in the past, a large majority of the PS5 lotteries are run online via website or app, of course partly as a safety precaution during the current COVID-19 pandemic.

Recently, most Yodobashi locations started requiring customers to have the retailer’s credit to purchase a PS5, yet another tactic to stop resellers from getting multiple consoles

However, the Akihabara, Tokyo location is one of the few that still does not require the Yodobashi credit card, making it a popular PS5 drop spot for both gamers and scalpers.

So with a history of dropping the PS5 on weekends, a crowd began to form outside the store this morning before open.

Once the store opened, the throng of consumers made their way to the video game section and waited. It was the calm before the storm.

As soon as a Yodobashi employee came out with (an estimated few hundred) tickets to establish the first-come, first-serve purchase line order, mayhem erupted as customers began crowding, packed like sardines, to be in the queue of lucky soon-to-be PS5 owners. People began shouting, pushing, and shoving one another. A scary sight to see in the middle of a pandemic, with Tokyo being one of the Japanese metro areas under a current state of emergency.
https://twitter.com/yamato__1234/status/1355340748766334979

The pandemonium became so chaotic, the Tokyo police thankfully were called in to quell the situation and the selling of all the PS5 consoles was completely canceled.

They cancelled the sale due to people being insane!! Pushed so hard even the cash registers and staff went backwards. I've never seen that kind of insanity in japan before...

Unfortunately, the PS5 scarcity looks to continue until the second half of this year due to chipset shortages. Large groups of scalpers, many equipped with bots, continue to buy up thousands of PS5s and even through sneaky methods like taking advantage of tech loopholes.

UPDATE: On February 2, the Yodobashi Camera in Akihabara sold the PS5 for the first time since Saturday’s debacle, but now requires the Yodobashi credit card to purchase.