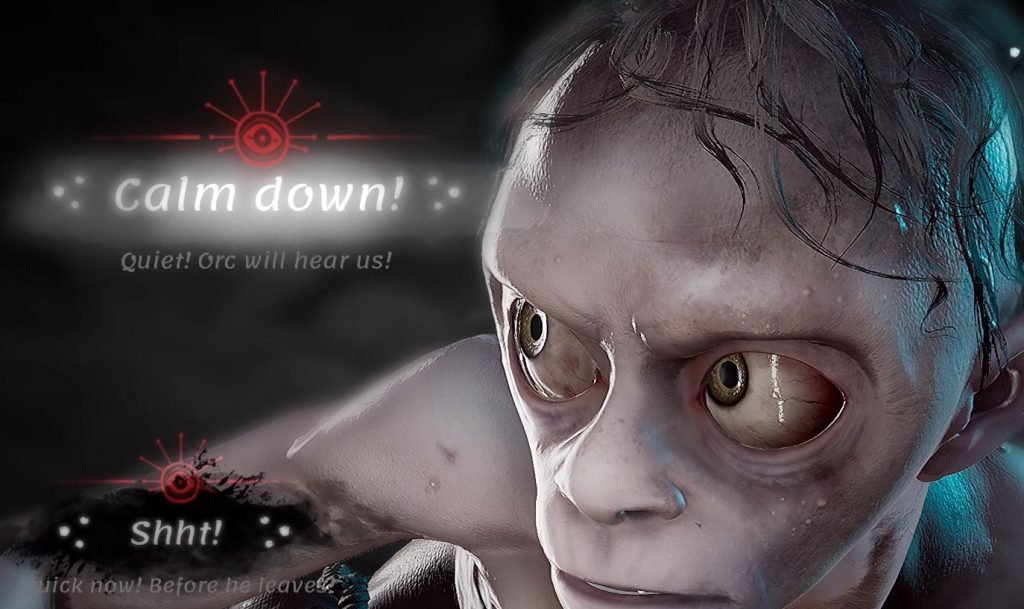 Daedalic Entertainment has revealed how The Lord Of The Rings: Gollum will play on PS5 and PS4 somewhat, but this is only a brief teaser.

The small bit of gameplay and developer commentary here reveals that you will choose between Gollum’s side or Smeagol’s side when choosing how to approach situations within the game. You will have to manifest those choices by pressing buttons multiple times.

You can take a look at the small The Lord of the Rings: Gollum gameplay commentary for PS5 and PS4 below:

This gameplay was showcased at today’s Future Games Show. Earlier this week the game’s first trailer debuted in a high-quality cinematic form, which you can rewatch here. The game was announced back in 2019 and has been in development for quite a while. Earlier this year, we got a few screenshots of the title. But, Daedalic has just revealed the positives of the PS5’s superfast SSD, which you can read about here.