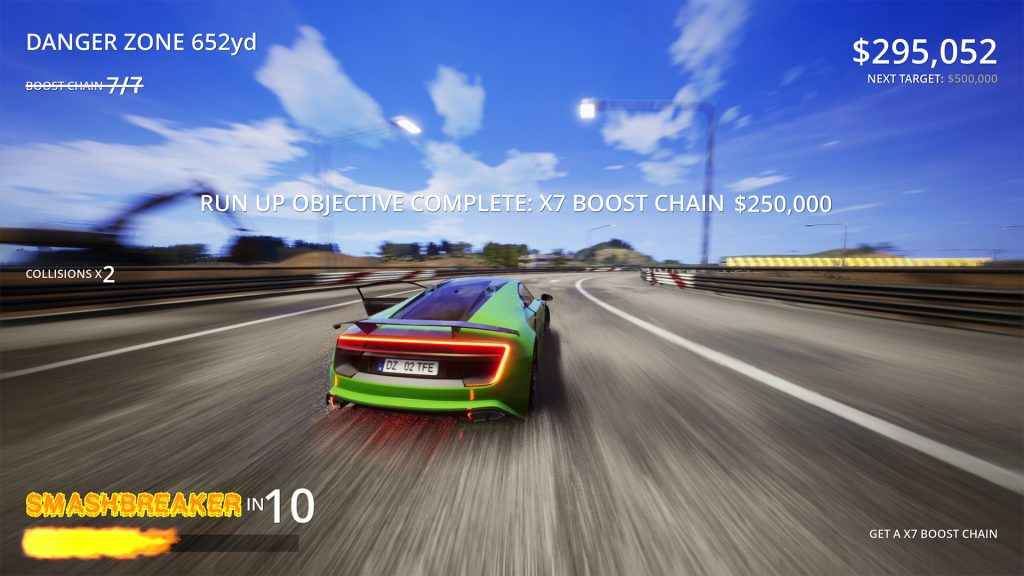 When Three Fields Entertainment announced Danger Zone 2 recently, we were curious to see if the promised changes over its predecessor were going to be that noticeable.

Well, the developer, that is, of course, made up of former Burnout creators, has released a short gameplay video showing what to expect from the arcade smash ’em up sequel.

Danger Zone 2 boils down the Crash mode of Burnout into its own game, letting you loose onto highways, building up speed and boost before slamming your car into something hard and then allowing you to direct the ensuing carnage for maximum point-scoring goodness.

The biggest difference between the first Danger Zone and its sequel is in the visual presentation. Before it was a simulation in a seemingly infinite warehouse space, here we have stretches of road out in the open. Straight away it makes for a much more vibrant title.

Three Fields are also making Dangerous Driving, a full-on spiritual successor to the classic Burnout experience, and that’s due to hit PS4 in 2019.