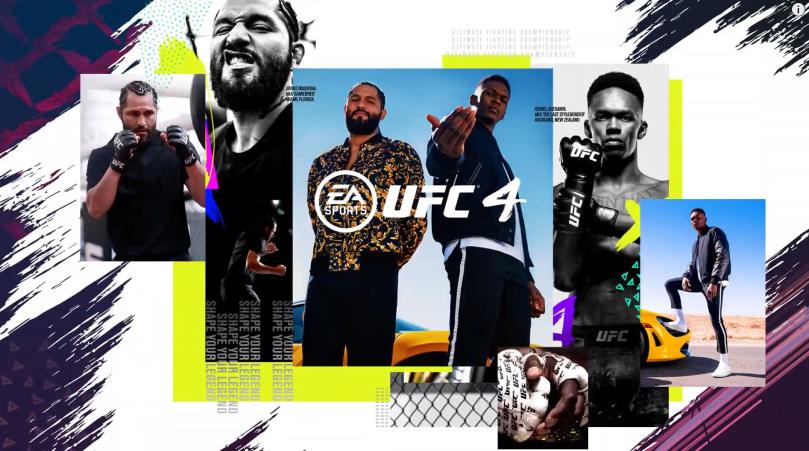 Speaking about EA Sports UFC 4 on PS5, UFC 4 Creative Director Brian Hayes had this to say:

“We haven’t yet had an opportunity to test this out and determine whether any additional development work is required to leverage Backward Compatibility, but we hope to see UFC 4 playable on Gen 5 hardware using that feature.”

Elsewhere a massively overhauled grappling system and redefined career mode look to stand out as highlights in EA Sports UFC 4 according to the press release that you can see below:

In gameplay, fluid clinch-to-strike combinations offer more responsive and authentic stand-up gameplay experiences, while overhauled takedown and ground mechanics deliver more control in those key phases of the fight. No matter how or where players play, EA SPORTS UFC 4 puts them at the center of every fight. Fluid clinch control brings RPM into the art of the ‘clinch’, adding a key element of strategy to the striking system. RPM Tech drives a takedown overhaul, with a slew of new takedown animations, driven by player control and fighter attributes.

A new submission system was built to offer a simplified player experience, with more ways to transition into submission attempts, accelerate a finish, or deploy high-impact slams to escape them.

Additionally, an overhaul to Career Mode introduces a brand-new way to develop fighter backstories and offers an in-depth evolution process for the duration of the fighter’s career. The new fighter evolution feature lets players dictate a fighter’s skillset, as every punch thrown, or every takedown executed builds fighters up in that specific discipline. Relationship Building brings the impact of partnerships and rivalries into UFC 4, learning from both friend and foe to gain experience and learn vital skills. Players can pick their path, which allows them to choose the fights, weight class and rivalries they want, ensuring no two careers are alike.

In addition to the hard-hitting gameplay that you can in the video below which focuses on current UFC sensation Jorge Masvidal, the EA Sports UFC 4 pre-order bonuses were also confirmed, with players able to take control of boxers Tyson Fury and Anthony Joshua in a combat sports crossover for the ages.

You can watch the reveal trailer for EA Sports UFC 4 on PS4 below:

This reveal has come after months of leaks and teases from various storefronts and EA. First, the game’s logo leaked on the PlayStation Store and then details about an upcoming beta, as well as the cover stars were accidentally found on the Microsoft Store. This official reveal was then first confirmed for July earlier this week.

EA Sports UFC 4 releases for PS4 on [DATE]. The game is also coming to PS5 at some point next year.