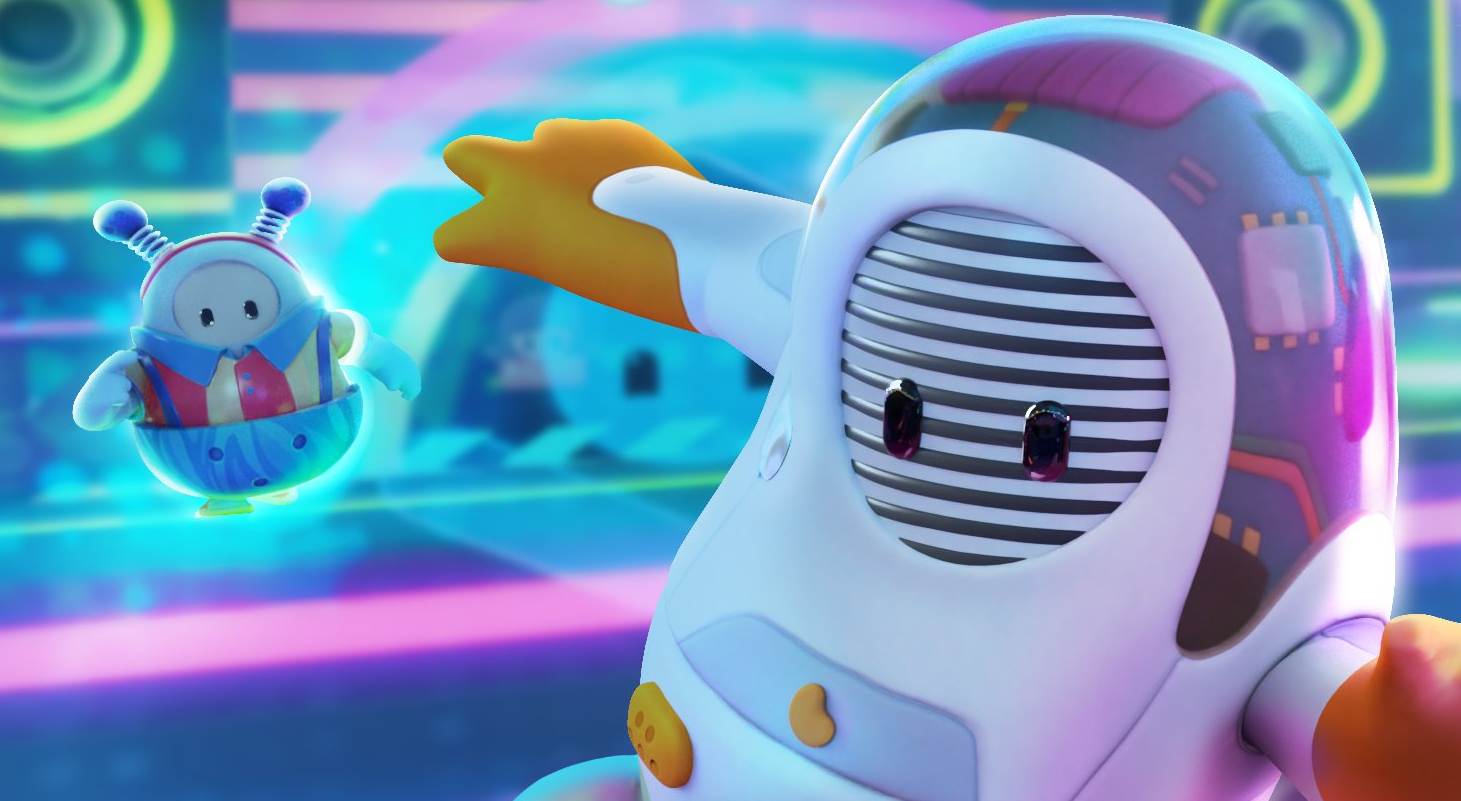 Mediatonic has showcased the first of seven new levels, Skyline Stumble, coming to Fall Guys with Season 4 later this month.

This race event allows for up to 60 players and features low gravity zones where you have to jump from platform to platform. A host of spinning objects and obstacles to avoid, and even a large springboard at the end to launch you up to the finish.

Hopefully, we will see more of Season 4’s futuristic setting ahead of its launch, since the season’s key art was revealed just a few weeks ago.

Whilst Season 4 has slowly been revealed by Mediatonic, the developer has been acquired by Epic Games, who are set to help fund new content for the game and support the game’s continued development and growth.