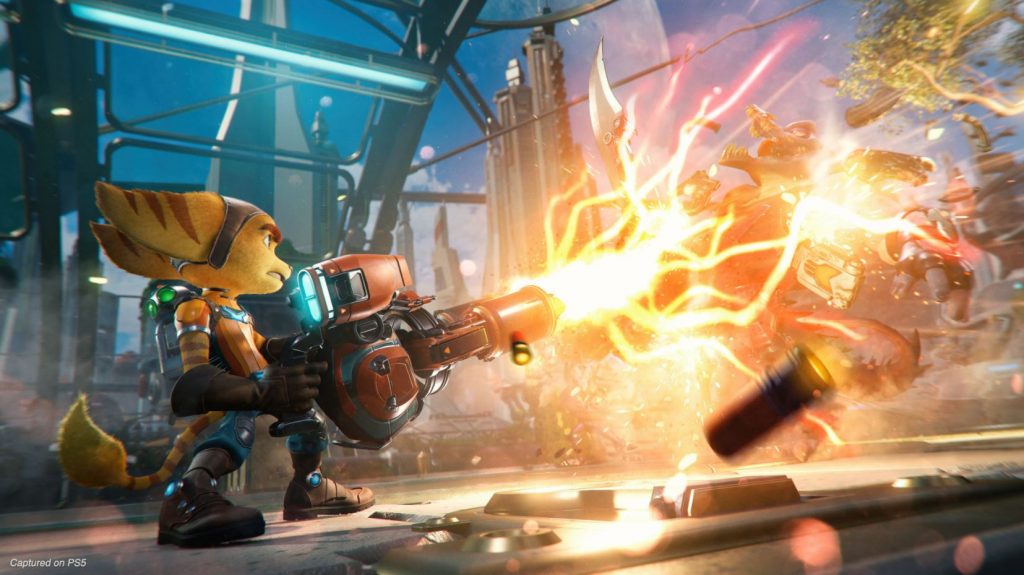 The Ratchet and Clank Rift Apart gameplay sees the dynamic duo immediately thrust into a battle and is an extension of the footage we saw back at the PS5 event in June. Dr. Nefarious makes an appearance, and the scale of the whole thing looks impressive; the city is massive, and the visuals make it look like you’re watching an animated movie.

We’re also given a glimpse at Ratchet using the Rift Tether, which is a new gadget introduced in this game. Enemies from other planets will appear almost instantaneously in a fight via Rifts.

In fact, these sequences are the most impressive things about the demo, with Ratchet and his loyal sidekick being transported to various dimensions via Rifts that suddenly open before them. The PS5’s SSD is put to good use here, with players transported seamlessly from one planet to another.

You can watch the Ratchet And Clank: Rift Apart PS5 extended gameplay demo below:

Ratchet And Clank: Rift Apart was revealed back at the PS5 reveal event and stood out due to its use of the PS5’s SSD. The game will use the DualSense controller to create unique resistance points on the triggers when firing weapons, along with allowing you to play as the female lombax shown in the reveal trailer.

Ratchet And Clank: Rift Apart is set to release on PS5.