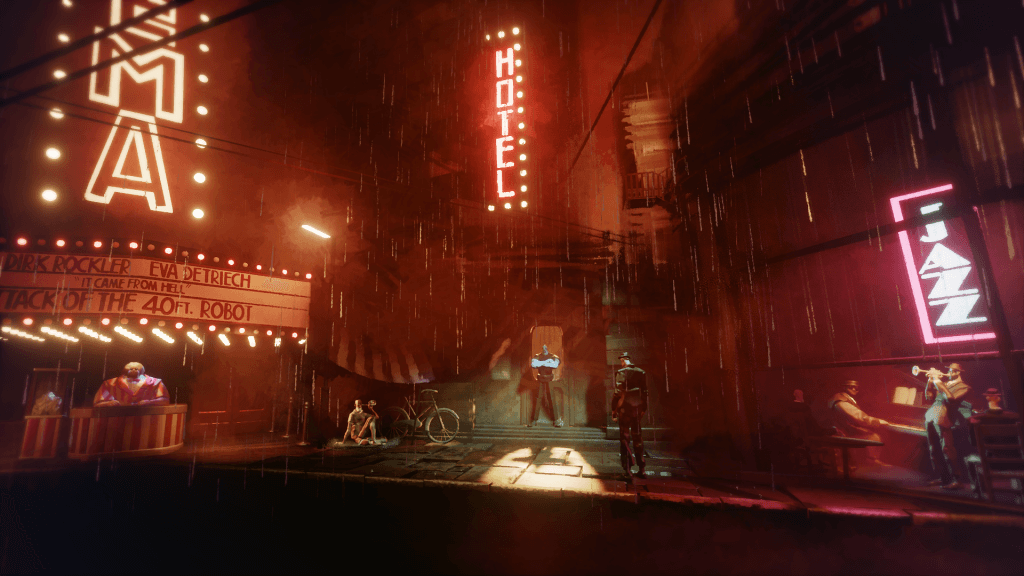 Dreams is the perfect title for Media Molecule’s upcoming PS4 exclusive. In Dreams, you can essentially make whatever you can dream of – a sports game, a point and click adventure, even a first person shooter. Dreams allows everyone to make what they want within the ultimate creation engine. Even your own music or movies without any gameplay if they so choose.

I recently got a chance to go hands-on with Dreams on PS4, which is one of the most ambitious and groundbreaking titles of the generation.

My hands-on began with me selecting one of the pre-made Imps in the game. though players will be able to create and customize their own. These Imps are essentially your cursors when it comes to creating and selecting anything in the environment. It’s also what you use when you select the different options throughout the game.

I got to play Dreams with Creative Director Mark Healey, who walked me through a lot of the things that are possible. It’s not easy to talk about Dreams as its essentially whatever you want it to be. A cute platformer with cartoon graphics or a serious hack and slash with hardcore realistic graphics – it all comes down to its creator.

We started off in a tutorial setting where we learned the controls of Dreams and the ability to take control of objects. essentially possessing them and moving around as a box or a cone.

Dreams PS4: Your hub is your own

As I finished the tutorial I was introduced to the Dreams hub space. Much like LittleBigPlanet you’re able to customize the look of your hub space with the decorative objects you discover while playing the game. Objects and collectibles can be found in spheres just like they were in LittleBigPlanet. Friends can also meet up with you in your hub and you’re able to head on adventures together.

Dreams will feature a campaign as well. The campaign will last for about three hours and will focus on a man named Art. Art is a musician who has made a lot of bad decisions and is in search for his lead singer who he pushed away. The campaign serves as a tutorial in its own right and goes through all the aspects of the game by playing through Art’s twisted dreams.

Creation in Dreams is of course its main draw. When I first went into the creation process I was incredibly overwhelmed, but as Mark lead me through how some of the tools work it became a lot easier to understand just how streamlined the creation process is. Selecting objects, moving and rotating them is as easy as two button presses. You can also create anything you want with a friend, so even the creation process can be a multiplayer experience.

Dreams PS4: Create in VR from the start

PlayStation VR will now be supported from day one rather than in an update like previously announced. The move controllers can also be used as creation tools, you can even go in and use a keyboard if you have a lot of text to write up.

You can also copy and paste objects to make creation a lot easier rather than creating new objects all the time. I asked just how big you can create maps and Mark explained to me that they can be as big as you want them to be, but the assets will eventually run out. There are unfortunately only a certain amount of trees you can put down.

This issue can be avoided by creating level transitions but those looking to create a massive open world may have to think outside the box when it comes to how many assets they should put into their maps.

During the creation process, I was given the opportunity to go in and mess around with a pre-made level and create my own platform puzzle which took me less then five minutes to create a moving platform and animate it however I wanted.

We also went in and added some music to the level, and I must say the music creation tools are incredible. You can choose from pre-recorded sounds and instruments and then go in and combine them to make your own cool beat. You can also use the PlayStation Camera to record your own voice if you want vocals or even your own music.

The options for sound editing are immense. You can even go in and change the pitch of the songs and do everything that sound editors use and music recorders use to manipulate sounds and music. The options are limitless.

Experience Points are also awarded for playing Dreams or even creating anything. As you rank up you earn titles which you can attached to your profile. Different titles will be awarded for different tasks that are completed. If for example you are good at creating music you will earn titles specifically created to honor music creators.

There isn’t a level cap either and Medial Molecule will continue to update Dreams with more titles the further and further you rank up. Another cool aspect is a website that players will be able to go to and look at all their stats and levels they have played, enjoyed, shared, even tell you how people like you’re creations.

Selecting levels you wish to play is easy as well. I was able to go in and select any level I wanted by filter, through random select, or I could do a string of levels to play. Once I finished one level it would just randomly select another one for me to play or I can create my own playlist or play creations from my favorite specific creators. Anything you can think of Media Molecule have probably thought of already.

Mark Healey also told me that they are exploring ways that they may be able to export music and assets from the game and use in other media, but for now they are simply exploring the options but it would be a great feature if they do manage to pull it off.

I got to see some great creations from the Media Molecule team. From a point and click adventure, a space shooter, to even a text adventure. There truly are limitless possibilities and its definitely a title that everyone should be watching, especially those for those who have creative flair.