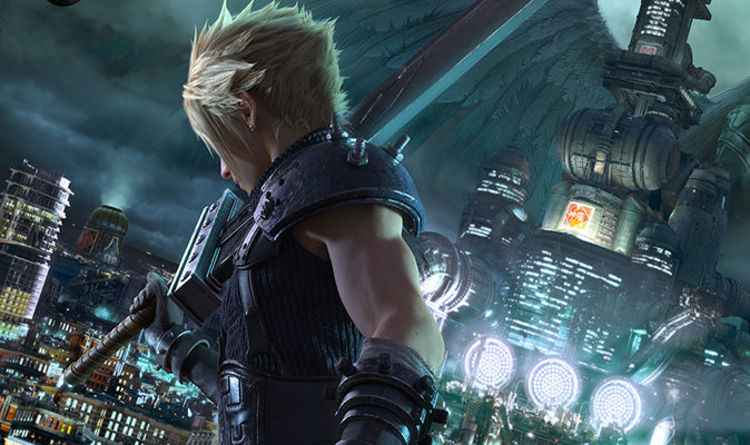 Now, as ever, take this with some substantial salt (there’s plenty going around The Last Jedi if you’re lacking), but a rather detail-heavy leak has emerged from 4chan (yeah, I know) that comes from an alleged former employee of Square-Enix. The leak has a chunk of information` on the company’s Final Fantasy output for 2018 and beyond. The most interesting of which concerns the hotly-anticipated Final Fantasy VII Remake. Plus, an as yet unannounced Final Fantasy Versus XV.

It’s beyond this where things get understandably vague, and a touch too fantastical. The third episode of Final Fantasy VII Remake certainly makes sense. The idea both Final Fantasy XVI and XVII are being made in the near future seems highly unlikely though. Unless one of them is online a la Final Fantasy XIV. Concerning Final Fantasy VII Remake, the leaky leaker lays out some potential key info. It’s incredibly detailed stuff. On the one hand, that could be construed as making it seem valid. On the other, there’s fans and world leaders that can easily dream up all manner of intricate nonsense. Here’s what’s supposedly going on in Final Fantasy VII Remake.

The game structure will be halfway between a modern open-world and an old world-map style: technically speaking is just open-world in the sense that everything is seamless and fully explorable, but while leaving a town the visual will gradually zoom out and your speed of movement will greatly increase in order to give the player the impression of navigating through a classic world-map when they’re on the overworld; conversely, while entering a town your speed will decrease and the camera will zoom-in; this kind of transition also happens during random encounters.

In order to move faster in the open world, you’ll have the same motorcycle you used to escape from the Shinra Bldg..

Because of space reasons, the diplacement of some locations has been slightly altered. For exemple: Midgar is way bigger (in relation to the world map) than the original, and will fill almost half of the entire Midgar Area; Junon too underwent a similar bloating, to a lesser extent; Mt. Corel has been moved slightly south-east, and enlarged to occupy almost the entire mountain region of Corel Area; the biggest change regards the Great Glacier: it’s been moved

south-east of Icicle Inn and will occupy almost the entire snowy region of Icicle Area; this means you have to traverse it before enterting Icicle Inn, and the snowboarding track will take you directly at the feet of Gaea’s Cliff instead.

– The battle system will feature an ATB turn-based system like the original “superimposed” on an action combat like KH’s one. In more detail: you can freely move around, jump, attack and defend too, all in real time like in any action game; meanwhile, however, you have a time gauge that fills as time goes on like a classic ATB bar. When the bar is full, a command menu pops up where you can select the desired commands like Magic, Enemy Skill, Summon, etc. like in the original, but without interrupting the flow of battle. And since every character has its own time gauge, even while constantly being in control of a single character, you can easily input commands for the others too when their gauge is full (you can still switch between characters, however). This system has been called “Action Turn Battle” and, if it’s well received, is planned to become the “signature” combat for every future mainline FF from now on (just like the original ATB was from the older entries), with only some slight variations from title to title.

This time, there are no truly missable elements in the entire game: if you forget to gain some object, or materia, or whatever, you can still obtain it through the Bone Village excavations.

This time, you can re-enter Forgotten City (the underwater part of the Forgotten Capital) whenever you like (you still can’t revive Aerith, though…).

The Weapon that attacks Junon is now called “Sapphire Weapon”; you’ll have to fight it.

The events and characters of the FF7 Compilation (like Angeal, Genesis, Hollander and so on…) will be hinted in some optional dialogue with some NPCs or some secret cutscenes: it’s implied they happened, but will bear next to no weight to the main plot.

After that info dump, the leak goes on to lay out details of Final Fantasy Versus XV. Supposedly a beefed up alt-take of FFXV. The game will be set in an alternate reality: the events in XV will be implied to have been nothing more than a Noctis’ dream (that’s why Noctis is shown sleeping on his throne).

The world will be entirely explorable this time; remember the map model shown in one trailer? That will be VersusXV’s world map.

Insomnia will be present and fully explorable too, and you’ll be in it as the invasion happens; other cities and areas that were initially planned but never made it in the final game, like Gralea, the kingdom of Solheim (which is
loosely based on middle-east) and the capital of Tenebrae are now explorable.

The plot will be completely rewritten from scratch and will feature all the elements Nomura wanted in it, like Stella, the “eyes that can see the light of expiring souls”, the country of Solheim and so on, while everything related to
Kingsglaive will be completely removed.

The battle system will be way more KH-like, but it will still keep everything we’ve seen in FFXV like warp-strikes, counter/parry and so on. Also there will be character-switching like shown in the earlier Versus-XIII trailers.

There will be a gambit-like system to direct party member’s behaviour.

New summons will be present, including Fenril, Phoenix, Odin, Alexander and the Magus Sisters. Ifrit, Bahamut and the Knights of the Round will be summonable this time.

Luna will not be present. Stella however will return, and will be a playable party member for almost half of the entire game. Also, some particular missions allow you to use some guest character (like Cor, Cindy, Aranea, and so on…)
for a small period of time.

Etro will be the last boss. You’ll fight her in an overtly spectacular final battle inspired by FF7’s last boss.

There’s also a bunch of alleged Final Fantasy XVI details. These suggest a steampunk-inspired fantasy world and a lead character who is a young girl. Things get real whiffy here as cover art is described for a game that, if it does exist, is likely in the earliest stages.

It’d be easy to write a large chunk of this off. It is 4chan, and there’s suspiciously high amounts of detail about things nowhere close to fruition. Yet there is previous concerning Final Fantasy leaks on there, including key story beats from Final Fantasy XV.

If nothing else, it does throw up some interesting ideas for Final Fantasy VII Remake. Not quite sure how fans will take the idea of an alt-Final Fantasy XV that spews the terrible ‘it was all a dream’ dreck though. Even if it is somewhat relevant to themes in the game.