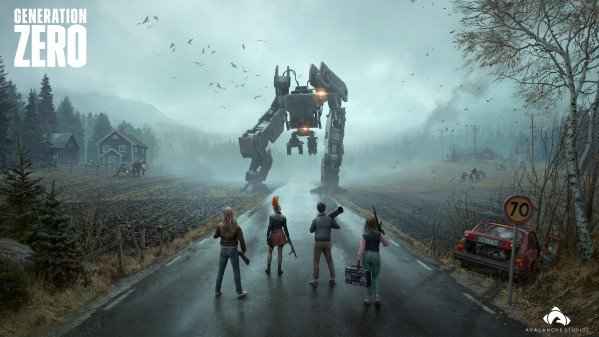 Avalanche Studios, the team behind the Mad Max and Just Cause series of games, have announced its new game, Generation Zero.

Coming to PS4, Xbox One and Windows PC in 2019, Generation Zero is set in Sweden, where Avalanche Studios are based.

In the year 1989, machines have taken over and players will get to explore a huge open-world. In the YouTube description of the Generation Zero announcement trailer, the developer reveals:

Experience an explosive game of cat and mouse set in a vast open world. In this reimagining of 1980's Sweden hostile machines have invaded the serene countryside, and you need to fight back! Go it alone, or team-up with up to three of your friends in seamless co-op multiplayer. By utilizing battle tested guerilla tactics, you'll be able to lure, cripple, or destroy enemies in intense, creative sandbox skirmishes.

The trailer is brief, but gives us a good idea at exactly how stunning the game will look. “Our End is Their Beginning” reads the tagline.

The developer will be self-publishing the game, and we'd expect to hear more about the open world shooter at E3 2018!

Currently, Avalanche Studios are also working on RAGE 2, which is being published by Bethesda and will be revealed in more detail during the Bethesda press conference on Sunday.