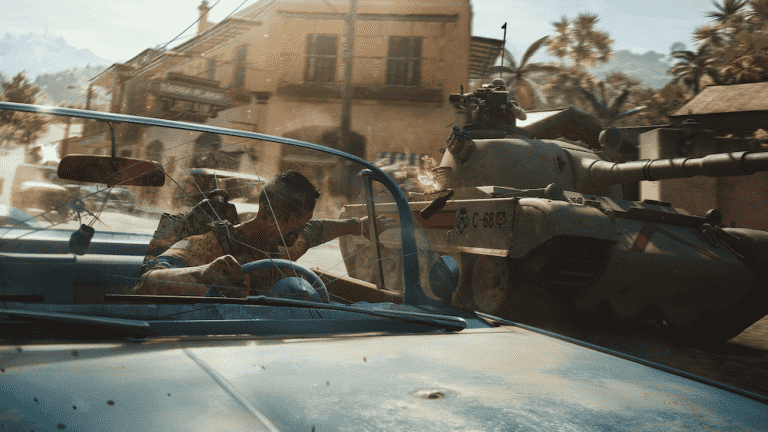 Far Cry 6 actor Giancarlo Esposito has spoke in detail about his role in the upcoming open-world shooter, where he plays villainous dictator Anton Castillo who is grooming his son, Diego, for one day inheriting his title.

Check out the Far Cry 6 video below.

Far Cry 6 is pencilled in for release on PS5, PS4, PC, Xbox Series X and Xbox One on February 18, 2021. The game takes place in the fictional island of Yara, which takes much of its influence from Cuba. Players control a guerrilla fighter named Dani Rojas, who rises up to battle against Castillo’s rule.

Ubisoft confirmed that the game has been in development for four years now, so it’s been planned long before Far Cry 5 hit shelves back in 2018.

Far Cry 6 will feature a Collector’s Edition that includes a replica of the game’s flamethrower weapon, and users can upgrade from PS4 to PS5 at no additional cost. Have a butchers at the debut trailer here and check out the latest screenshots while you’re at it.