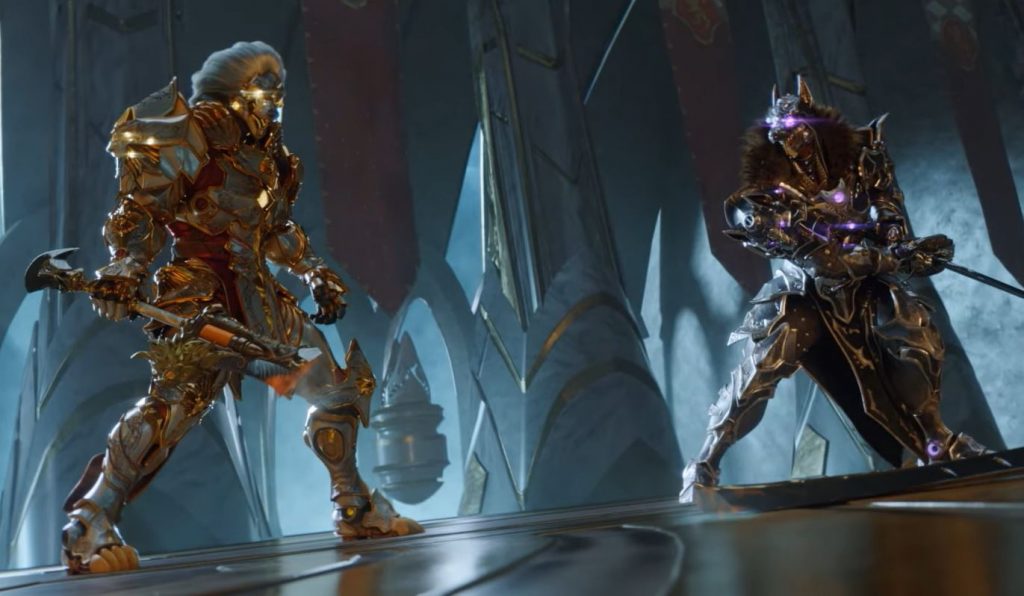 Counterplay Games has released the Godfall cinematic intro, which showcases the regal and honour-bound world of the game.

The intro, which is bathed in shiny armor and abilities that glisten in the light, sets up the position we will be in when we begin the game in November. Excitement is building up for the looter-slasher now with the game only being six or so weeks away. This intro certainly helps build up that anticipation. You can watch the Godfall cinematic intro for PS5 below:

Godfall’s release date was announced earlier this month, shortly after the studio confirmed that the game has gone gold. The team has also explained how combat will work, including the fundamentals and advanced strategies. You can also take a look at the pre-order bonuses and special edition for the game.