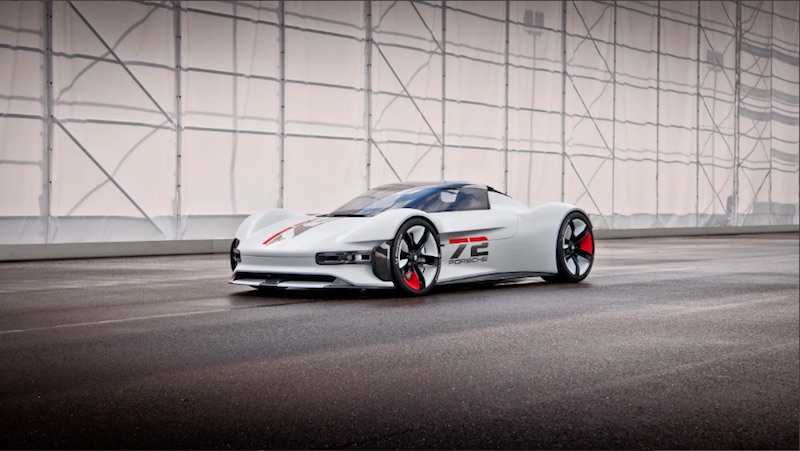 Polyphony Digital has revealed that the Porsche Vision GT is making its way to PS4 & PS5 racer Gran Turismo 7, following on the heels of confirmation of the Deep Forest Raceway for the highly anticipated sequel.

The flashy motor has been designed specifically for Polyphony Digital’s upcoming racing simulation title, and has been conceived as a vision of the car manufacturer’s future design direction while still retaining its iconic Porsche trappings. The car has taken much of its inspiration from the Taycan, and includes signature quad-LED headlights, as well as a “purist” front end.

Much like the Taycan, the Porsche GT Vision will fully electric, although full specifications have not bee revealed at this point. The GT7-exclusive car is comprised of carbon/titanium, offsetting the weigh associated with electric vehicles and batteries.

While nothing has been confirmed yet, it is very likely the Porsche GT Vision will launch alongside the game as it is featured as one of the cars on the game’s cover.