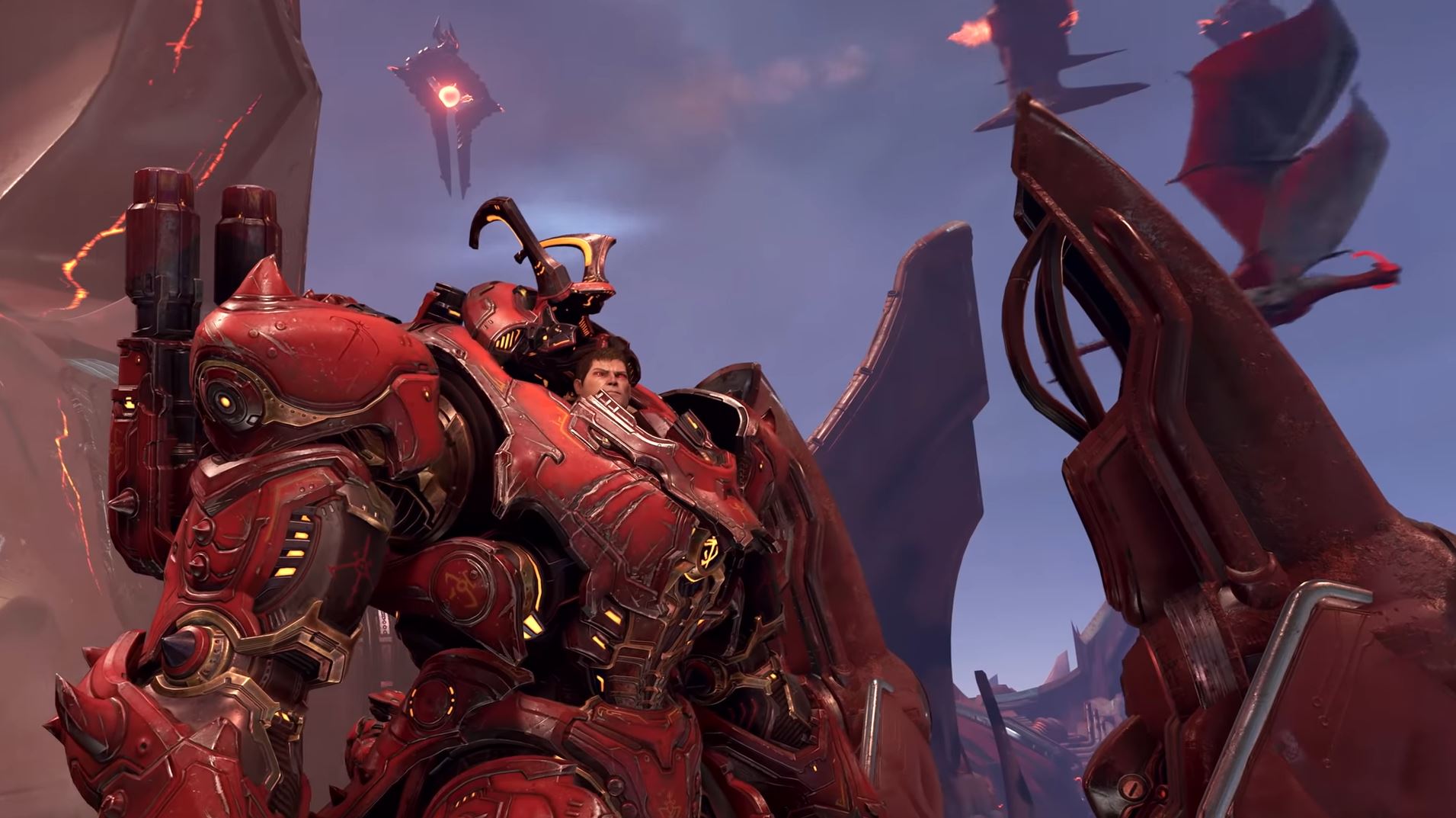 Bethesda has released the first teaser trailer for Doom Eternal: The Ancient Gods – Part Two, which offers a brief glimpse of the new expansion and what we can expect from it, with a full trailer coming on Wednesday.

The trailer doesn’t really offer much gameplay, but it is a stunning look at the scale of the expansion, which seems to be much bigger than anything we saw in the main game. This expansion will continue off of Part One and conclude the game’s DLC plans. Hopefully, we will hear about the PS5 version of the game sometime soon, now that both DLCs have been revealed. We don’t have a date for the DLC yet, but we might get it on Wednesday.

You can watch the Doom Eternal: The Ancient Gods – Part Two teaser trailer below:

This trailer was teased last week, just as it was revealed that the game made more than $450 million in nine months on the market.

Doom Eternal: The Ancient Gods – Part Two is set to release for PS4 and will be playable on PS5 via backwards compatibility.