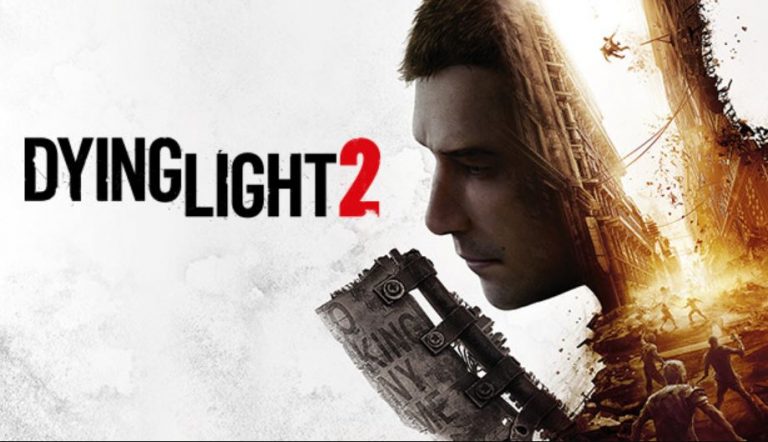 PSU recently got a chance to chat with Dying Light 2: Stay Human lead game designer Tymon Smektała about the success of Dying Light 2, Techland’s 5-year road map, and what players can look forward to in the upcoming DLC’s and story updates.

Dying Light 2: Stay Human was released earlier this year and has garnered a lot of success selling over 5 million units since its release and has already provided plenty of new content to keep players coming back including a New Game Plus mode and various challenges to complete. 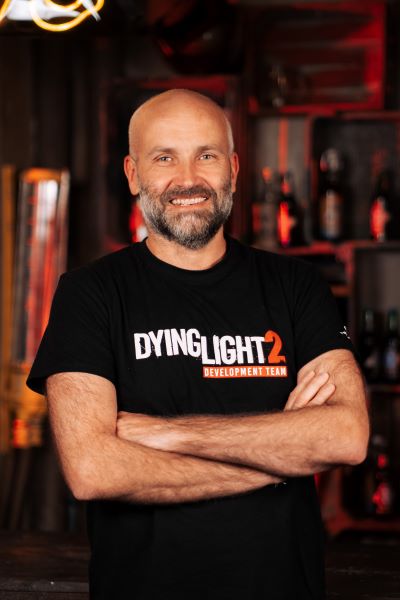 PSU: First I would like to congratulate you and the entire team at Techland for the success of Dying Light 2 Stay Human selling over 5 million units on top of the 20 million units sold of the original Dying Light. A lot of people had counted Dying Light 2 Stay Human out because of its numerous delays and the fact that it was releasing in the same month as what some considered to be mega hitters in Horizon: Forbidden West and Elden Ring.

Tymon Smektała: Of course, we felt the pressure both from the market situation and – definitely more importantly – the expectations of our community. It was even more difficult since we changed some of the game pillars that changed the formula a little, so we couldn’t be 100% sure if these decisions were a hit or miss. What we feel right now is mostly pride and confidence, but also a lot of obligation to keep the momentum going and keep the game engaging for players after the launch.

PSU: Techland has always had what looks like a special connection to its fans. One of the major contributions to this is your ability to truly listen to the gamer base and try and take all the criticism and feedback and see how you can address it. One of the major points of feedback was the demand for New Game Plus, which you delivered recently.

It’s providing these kinds of features that have made fans of Techland truly trust the studio to deliver on its promises. Can you talk about your relationship with the community and the struggles that go into trying to satisfy everyone? In particular, can you talk a little more about your decision to look into allowing user-created content?

Tymon Smektała: I think we discovered the hardest truth for a game developer – generally for a representative of any creative discipline – that as soon as you release the game, as soon as you unveil it to the world your creation stops being your own, now it belongs to the audience as well. The good thing about is it that when you work on a game there are few hundred people, your team, your studio, who wants the game to be the best possible. After the launch – in our case – you have more than 5 million of such stakeholders.

At the same time, these are the people that are spending their precious time in the universe you created – so however you treat your game after the release you do it for them. This is a trove of great insight and knowledge about what works and what doesn’t work in your game and it’s only reasonable to listen to it, analyze it.

But as you said it’s sometimes hard as you want to satisfy everyone, without breaking the core game, and at the same time explaining that any new feature, any update needs time, it can’t be instant. There are plenty of challenges in the process, but in the end, it is definitely worth it. 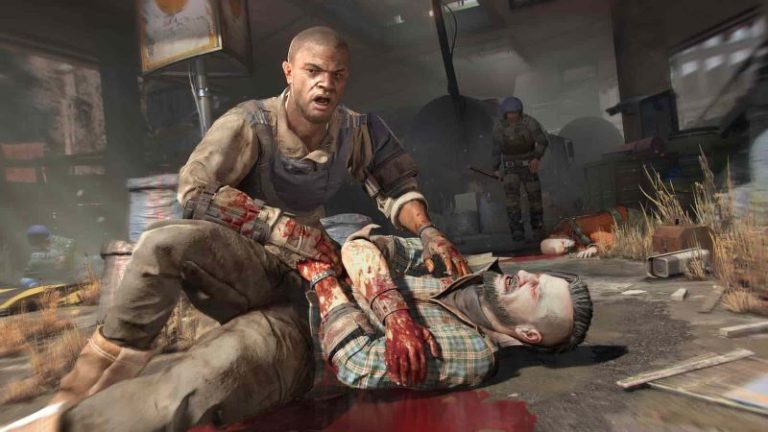 PSU: Techland has recently announced a five-year plan of content coming to Dying Light 2 Stay Human of course you couldn’t share details that far out but the first few months see new story content coming in June. Most studios don’t think their games will keep play interests after a couple of years, especially story-driven games.

Techland has proven to if you provide the right content people will keep coming back. Dying Light has been recovering updates and new content for over seven years and some of that content changes the game fundamentally.

Can you talk about the content Techland is looking to introduce into Dying Light 2 Stay Human that will keep players coming back as they have been for Dying Light? What kind of content do you look at providing that will catch players’ interests outside of just new challenges?

Tymon Smektała: So obviously I cant’ talk much, but I can say is that we have a pretty clear vision of the end game, of where we want to be with DL in those 5 years. We also have the first phase quite detailed, and it’s designed on purpose so we can experiment with a lot of different types of content, from solo to online, from narrative to pure gameplay, trying to verify that we know our audience well. The difference with us is that Dying Light is our own IP, and we’re publishing the game, so it’s longevity is our interest. 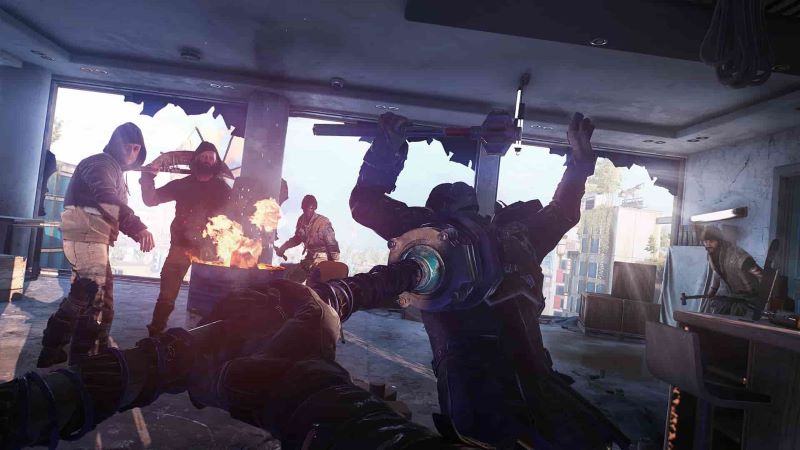 PSU: Are there any specifics you can go into about the new content coming to Dying Light 2 and maybe provide a little bit of info on the upcoming story content revealed in the roadmap? What’s your personal favorite content update coming?

Tymon Smektała: There’s not much I can tell, but we’ll definitely spill the beans some time before the release, so please stay tuned. One thing I can say is that the first DLC introduces a new location to the game, and some quite unique gameplay, and that you’ll be able to play it almost at any point of the main story, as it runs parallel to it.

Tymon Smektała: This is definitely something that we’re discussing, trying to apply a few different solutions that would make it work. Some of the post-launch content will definitely focus on co-op, we also see it as an essential part of our game. 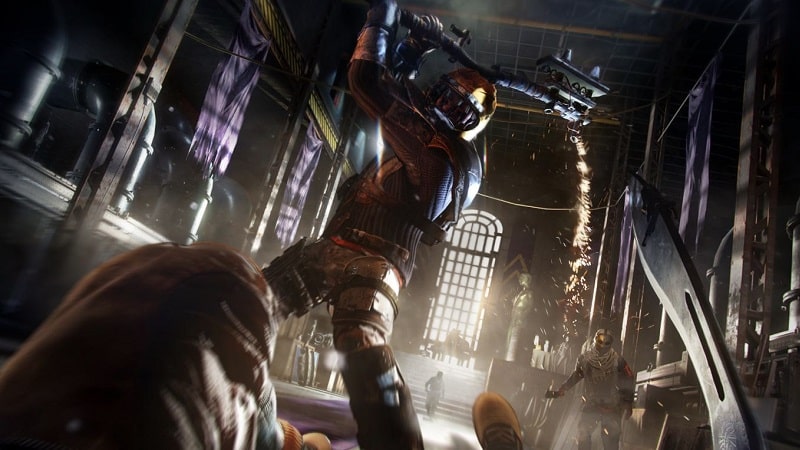 PSU: Some of the most entertaining parts of watching people react to Dying Light 2 Stay Human are the cool easter eggs you’ve added in particular using the Force to choke. From a developer standpoint, how does it feel to have the freedom to create something like that that fundamentally changes the core mechanics of the game? Are there any easter eggs that players haven’t discovered yet that you could give us a hint about?

Tymon SmektałaThe joy of easter eggs is discovering them, so no spoilers here… We had a lot of fun with our easter eggs, as they usually happen at the very end of development, where it’s good to have space for being zany and expressing yourself as a developer.

The thing is we spoiled our Players a little bit and now they expect easter eggs to be almost like a part of the official feature set. But that’s good – it’s a nice form of conversation with our audience, the back and forth of us hiding some things and the community trying to find it. It’s definitely something that gives us a lot of joy as developers.

PSU: Is there anything else you would like to say to our readers and your community about Techland and Dying Light 2? Anything you want to say that will get people to pick up Dying Light 2 that may not have grabbed a copy just yet?

Tymon Smektała: We’re improving and expanding the game since its release in February and there are tons of things we will do with it over the next five years. Enjoy!

A big thank you to Tymon Smerktala for his time.