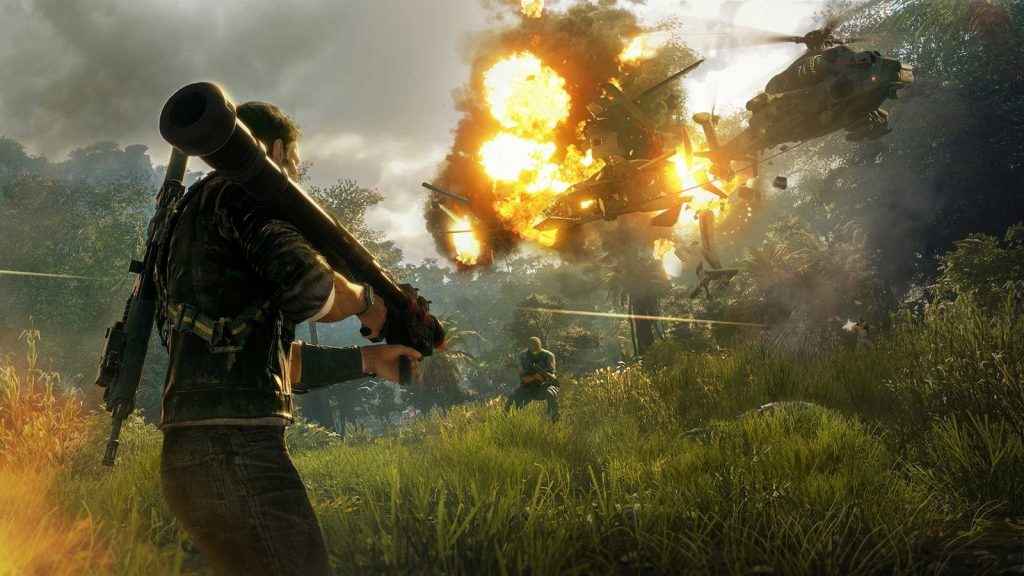 Now that Just Cause 4 has hit store shelves, PS4 Pro owning folk must be wondering is Just Cause 4 PS4 Pro compatible? The answer is yes, but there’s a little more to it than that.

Just Cause 4: Is It PS4 Pro Compatible?

While Just Cause 4 runs on a PS4 Pro without issue, it’s hardly the showcase for Sony’s hardware that it should be. For starters, there are no detail settings that players can adjust to prioritize framerate over visual detail or vice-versa like there is in other PS4 Pro enhanced games like Shadow of the Tomb Raider.

Additionally, there are a whole raft of visual elements in Just Cause 4 that just don’t look as good as they should on Sony’s muscular PS4 Pro.

One of the most obvious issues that Just Cause 4 has on PS4 Pro is that there is a huge amount of motion blur that can be quite distracting when turning at speed. More annoying too, is the fact that you cannot toggle this effect as you can do in other games. Another detriment to the visual quality of Just Cause 4 on PS4 Pro is the level of texture and shadow detail. In both cases the level of detail seen on screen is surprisingly low and if you look at the screenshot captured from PS4 Pro hardware above, Just Cause 4 on PS4 Pro should definitely look much better than that (just look at the wood texture on the far left for starters).

Finally, Just Cause 4 also shows a high amount of aliasing and jaggies along edges on shapes in the world, lending Just Cause 4’s visuals a less refined, shimmery look that certainly looks less attractive than techniques used in other open-world titles such as Red Dead Redemption 2 or Far Cry 5.

So yes – Just Cause 4 is PS4 Pro compatible, but it hardly makes the most of Sony’s powerful mid-cycle console hardware.

Keep your eyes open in the coming days for more Just Cause 4 content as we go big on the features that you can expect to see in the game, as well as a range of guides telling you how to get the stuff that you need the most from Avalanche Studios latest effort.

You can check out some of our other Just Cause 4 guides below: