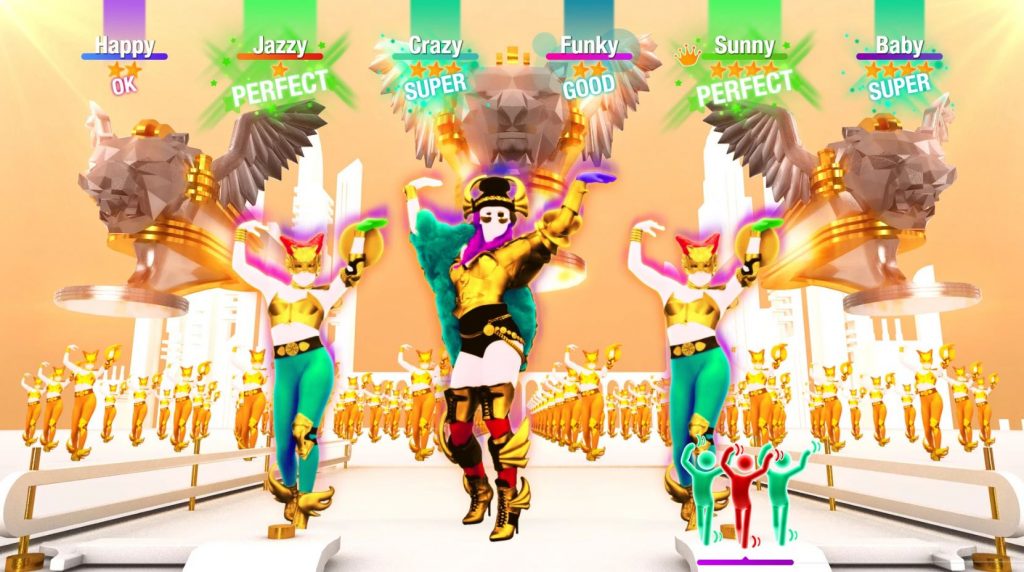 A selection of Just Dance 2020 Gamescom Songs have been announced by Ubisoft at Gamescom 2019.

The Just Dance 2020 Gamescom songs include a variety of tracks from Korean pop, to 2000’s hits and current day pop. Headlining the list is Katy Perry and Zedd with 365, The Black Eyed Peas with The Time (Dirty Bit), and Taki Taki by DJ Snake, Selena Gomez, Cardi B, and Ozuna.

You can see the full list of songs announced at Gamescom below, along with a glimpse at the choreographies beneath that:

These Just Dance 2020 Gamescom songs come on top of the 14 that are already confirmed to be in the game. Those songs include High Hopes from ‘Panic At The Disco!’, Bangarang from Skrillex and Sirah, and God Is A Woman by Ariana Grande. You can see the full song list here. Just Dance 2020 was announced at E3 2019 and marks the ten year anniversary of the franchise.

Just Dance 2020 releases for PS4, Xbox One, PC, Nintendo Switch, and Nintendo Wii on November 5, 2019. It is also a launch title for Google Stadia.