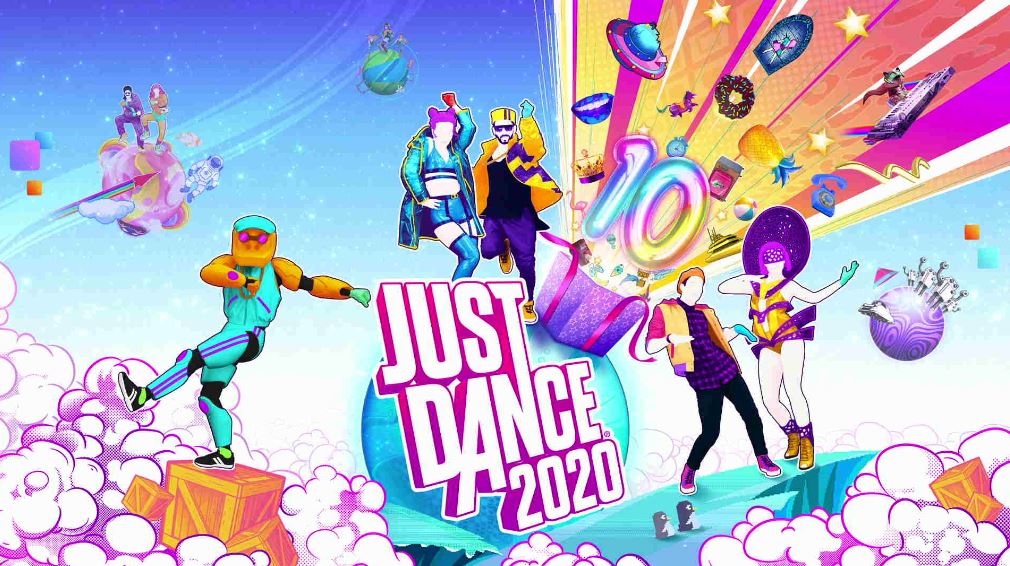 Believe it or not but Just Dance celebrates its tenth anniversary this month. Yep, the franchise has been around for more two PlayStation consoles, two PlayStation handhelds, and it is about to continue into the PS5 era. So, I decided to take the opportunity to review the latest entry in the franchise. Just Dance 2020 improves upon last year’s entry by adding a more diverse selection of songs and making some meaningful quality of life improvements that should stay in the franchise for the years to come.

What Track To Play and What To Dance To?

Of course, Just Dance lives and dies by its song selection and Just Dance 2020 has the most diverse lineup of tracks in the series’ history. This game features tracks from artists out of the UK, USA, China, Taiwan, Russia, Spain, The Netherlands, South Korea, Israel, France, Kenya, Brazil, Colombia, and Sweden.

That level of diversity is insane for a franchise that once consisted of almost entirely top 40 chart hits. These songs come from a variety of genres as well from pop to EDM and rock and there is a classic disco song here, too (Just An Illusion by Imagination). The game even has a rendition of the Can-Can where the music has been replaced by farm-yard animal sounds. Yes, it is as silly and nightmarish as it sounds.

Either way, the point I am getting at here is that the diversity of music in Just Dance 2020 makes for one of the most engaging and enjoyable tracklists the series has seen. There is something here for whatever genre of music you enjoy and you will find something for each mood, whether it be Ariana Grande’s God Is A Woman or the party atmosphere that Le Bal Masqué brings to the game.

The leg lifts in Stop Movin’ by Royal Republic fit perfectly with the song’s rock guitars, whilst XS Project’s Vodovorot’s EDM and energetic pace has you hopping on the spot, shimmying across the floor on one leg, and performing high kicks that you didn’t even know you were capable of.

Each choreography fits the music incredibly well and a few songs this year have my favourite choreographies from the series. Con Altura and Policeman are tracks I choose every time I turn the game on.

There is a great range of difficulty among these 40 tracks as well, ranging from your simple songs that are great to play at parties and with friends to songs that will give you a proper workout and get more complex as the track progresses.

The final part of the actual dancing to talk about is the backgrounds and costume design. Once again, Ubisoft have stepped the game up with Just Dance 2020 creating some stunning costumes and backgrounds. The out of focus camera and rain effects on Pitbull and Marc Anthony’s Rain Over Me particularly stood out, alongside the 3D printed costume in God Is A Woman.

The team even produced a background entirely out of claymation, which looks breathtaking, and it becomes even more impressive when you discover that they spent five months working on that background alone.

The variety is Just Dance 2020 is unlike anything seen before in the franchise and it pushes the boundaries of the series. I hope Ubisoft continues to push them as the franchise enters its eleventh year.

As is standard with the Just Dance franchise there are a few other choices when it comes to how you play the game. The World Dance Floor makes a return, which allows you to play with everyone else who is on the dancefloor no matter whether they are on PS4, Xbox One, PC, Nintendo Switch or the upcoming Google Stadia.

Overall, it remains relatively unchanged; however, the time between songs is a lot shorter now that leveling and challenge completions have been overlayed on top of the scoring screen, removing about 20-30 seconds of unnecessary downtime.

To the same degree, Kids Mode returns and it is well, what it says on the tin. Scoring is a lot more forgiving and the mode has eight exclusive tracks that have been created for the mode. These tracks are more inventive than the 2019 offering, with the coaches on the screen interacting with the background in interesting ways. However, if you are above the age of 10, this mode won’t hold your attention for more than fifteen minutes. But, it isn’t supposed to.

Just Dance 2020 does add a new method of play to the game in the form of All-Stars Mode. All-Stars Mode effectively acts as a story mode mixed with a celebration of the game’s ten year anniversary. You play through ten songs, one from each past Just Dance game, with each dance being split up by a cutscene featuring an adorable panda picking up that coach and then moving onto the next one.

Its a nice dose of nostalgia and a celebration for those who have played the franchise consistently over the past decade, but it lasts less than an hour and there isn’t any reason to go back and replay it.

Finally, we have to talk about Extreme Dances. This year the game features a whopping nine of them and they are some of the best that have ever been featured in a Just Dance game. For those unfamiliar, Extreme Dances are high intensity and incredibly complex choreographies where moves rarely repeat and are far more complicated and intricate than the regular dances.

These alternate versions to the existing choreographies exist for the hardcore of the hardcore and take weeks if not months to learn. This year’s Extreme choreographies are phenomenal and incredibly fun to dance to, with Sushi by Merk and Kremont being the standout. Ubisoft really went above and beyond here and I can’t wait to learn some of these and feel the true satisfaction of nailing every move.

A Series That Continues To Evolve Ten Years In

Just Dance 2020 is a big step up from 2019 and succeeds because of the diverse track list and the varied choreographies on offer. This is then bolstered by some fantastic Extreme songs that are mesmerizing to watch and gratifying to learn from, as well as new ideas and visual designs demonstrated through the backgrounds and costumes.

The only noticeable gripe I have with the game is that the PlayStation Camera is still terrible at tracking your movements; therefore, using the PlayStation Move controller or your mobile is preferable. The anniversary All-Stars Mode also feels a tad lacklustre.

Either way, the Just Dance franchise has never been better and whether you want to use it as exercise (which the game is really good for), as a family or party game, or simply to learn to dance to some professional choreographies, I highly recommend picking the game up.

Just Dance 2020 is available now on PS4, Xbox One and Nintendo Switch.

Just Dance 2020 pushes the franchise forward by creating more complex choreographies and introducing new themes and styles of music through its diverse songlist. The returning modes remain as solid as they were with a few noticeable quality of life improvements. At its conclusion the All-Stars Mode feels a little underwhelming, but no matter what occasion or reason you want to buy it for, Just Dance 2020 is highly recommended.