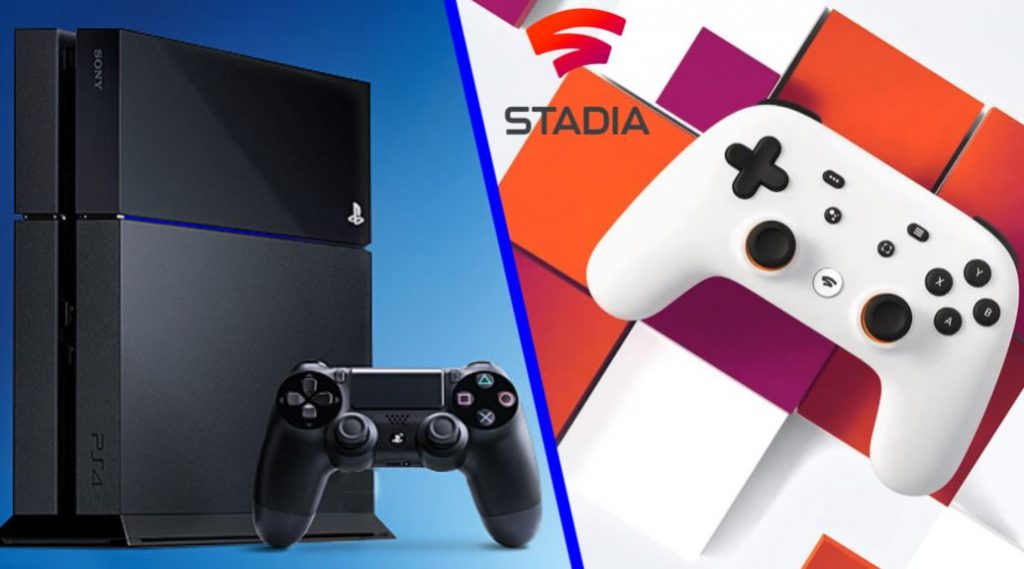 Wirth Google’s launch of its Stadia games streaming service occurring next month, it would seem that platform holders such as Sony and Microsoft are getting a bit nervy in regards to the disruptive potential that the tech giant’s latest effort might have on the games industry.

Well, after eating a frankly horrific cheeseburger stuffed with jalapeños and downing enough beer to resurrect Motorhead front man Lemmy, I’m here to tell you why neither Sony or Microsoft should be worried about Google Stadia at all – regardless if that much touted memorandum of understanding on cloud services leads to anything meaningful or not.

So when Google Stadia launches in the US, Europe and UK this November, $129 (£119) will nab you a Google Chromecast Ultra dongle (so you can stream Stadia in the first place to your TV), a Stadia Controller, three months of Stadia Pro, three month buddy pass for giving Pro access to a friend, and a copy of Destiny 2 complete with all of its expansions.

Now as a bundle, that’s not a terribly bad deal given the savings that you make on the hardware bits (the pad and the Chromecast both go for around $69/£69 separately. However, I’m not really sure that the nearly two years old Destiny 2 (which can be bought for peanuts on PS4), is necessarily the strongest bait Google could have put out there. Beyond that bundle however, the real issue for Google Stadia’s pricing strategy is the additional cost that must be forked out for games on top of your existing subscription. You see, forking out £9.99/$9.99 a month gets you access to the 4K streaming version of the service as well as a fistful of free games that you’ve probably already played (and maybe traded in), on the existing consoles sat under your TV that Google seems so hellbent on murdering.

The thing is, if you want to play new games that don’t feature in that subscription, like for example Stadia’s much ballyhooed port of DOOM Eternal say, or the I-can’t-believe-it’s happening Baldur’s Gate 3, you have to pay for each game separately on top of that subscription. In fact on that point, in an interview with Eurogamer Stadia’s Phil Harrison admitted that owning and running a Stadia service as a customer would not be cheaper than the consoles that we have right now.

Hardly the ‘Netflix of Games’, is it?

In addition to the paid for 4K service, Stadia will also be offering a free subscription that is limited to 1080p. The silly thing is, this service, y’know the one that people would want first in order to try the thing, isn’t coming out until sometime in 2020 and certainly sometime after the paid service has spread its wings at the end of this year.

The problem with this for Google is two-fold.

1) Google must be hella confident in Stadia to not release the free subscription first. Not least because given the continued doubt about the quality of the service (more on that in a bit), you’d think that they would want customers to try it first and become early advocates for it going forward (after all, there’s no substitute for word of mouth marketing – especially if Stadia performs as well as Google claims). 2) Google are intent on rolling this thing out on a massive scale, and while they have data centers out the wazoo, it’s reasonable to posit that they haven’t done sizable real-world consumer testing on a large scale yet. This is where having the free sub first release first comes in – not least because if it all does go up in smoke at launch (as it surely will when every man and his dog attempts to use Stadia on the 4K service too), folks won’t be too annoyed as they wouldn’t have invested any money in the enterprise at that point.

Oh and speaking of performance…

For the longest time the technology to support streaming services sufficiently to the point where latency becomes unnoticeable just hasn’t been there – something users of Stadia precursor OnLive and more recently PlayStation Now, will attest.

Despite Google’s assurances to the contrary, the required tech still isn’t in place. If, however, you happen to be one of the fortunate folks who has a screamingly fast internet connection and an unlimited data cap, you’ll be happy/horrified to know that 65 hours of Google Stadia gameplay at 4K will use 1TB(!) of bandwidth.

And all this is before we start thinking about how using other devices in the building will also take a piece of that bandwidth pie too – from mobile devices to laptops and just about everything in between, it won’t take much for image quality focused games like Assassin’s Creed: Odyssey and DOOM Eternal to turn into a blocky soup of unresponsive sub 4K visuals.

As such then, when Google starts chirping on about how many Teraflops Stadia can kick out (Teraflops are so 2016), or other aspects of its e-peen emboldening technical specification – none of that matters if the network conditions absolutely cannot support it strongly enough to render games at that level of fidelity. On this topic Phil Harrison had something to say about this too, suggesting that the data cap issues would be ‘solved by the ISPs’ – and I’m sure that whatever solution they come up with won’t be passed onto the customer in the form of increased costs right? Right?

Likewise, unless you’re connecting your mobile device to WiFi (thereby kinda defeating Google’s notion of using Stadia on the move), you can forget about being able to play Stadia for any period of time, given how restrictive mobile data plans are for phones right now.

Oh and it gets better too, as Google have confirmed that there won’t be a Stadia beta before launch, so when you hand over your hard earned bucks you’ll just have to trust that it works.

We have all known deep in our bones since the very first time we picked up a controller, that a console lives or dies by its games. Sony has the likes of God of War, Horizon: Zero Dawn and Spider-Man out now, with stuff like Death Stranding and The Last of Us Part 2 in the offing. Microsoft has Gears of War, and, well, never mind – but anyway, the bottom line is that if you have great exclusive games, people will come and Stadia really doesn’t have that.

When Stadia was announced, Google was pretty keen to let everyone know that the machine would have its own set of exclusives – presumably to make Stadia seem more attractive than a streaming server box that just reheats old PC games, but I digress. One of its most celebrated exclusives is a title called Gylt, a narrative adventure game from Rime developer Tequila Works and, until now, the only way you’d be able to play it is if you forked out for it on Stadia. However, comments from studio head Raúl Rubio Munárriz suggest that the game isn’t an exclusive at all, and that “rest assured, everyone will be able to play the game.”

Google Gonna Google (They’re Not A Fan Of The Struggle)

Though Google is most well known for, well, Google, the Californian tech giant also has history for not sticking with new product offerings in markets that it historically struggles in.

From the ill-fated Google Plus social network to its floundering Daydream VR platform, the big G tends to abandon product offerings that do not succeed immediately and that, coupled with the monumental technical and economical hurdles facing Stadia, must be of dire concern to consumers who are looking at Stadia as a serious new gaming platform. That concern is amplified when we start thinking about your investment too. If you do decide to invest deeply in the Stadia ecosystem, what happens to all those games you paid for? Well, if it all goes down the toilet, you’ll not just be unable to play them, but you will have signed away any attempt at restitution when you hastily scrolled through and clicked ‘ACCEPT’ on Stadia’s surely chronicle length EULA.

But still, I guess if the worst comes to the worst at least you’ve got an extra Google Chromecast to fiddle about with (yay).