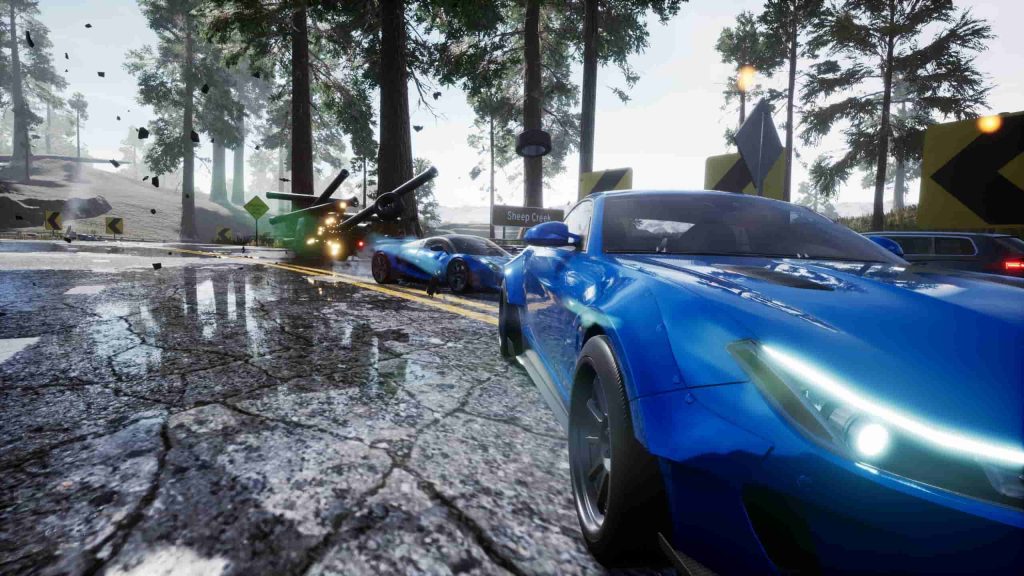 Every week we’ll be doing a feature on a game that we’re looking forward to here at PSU. Chiefly, these games will tend to be upcoming titles that haven’t been given a lot of press, and as such, we quickly go about breaking down what the game is about and what we’re looking forward to about it. This week, we’ll be taking a look at Dangerous Driving from Three Fields Entertainment.

Dangerous Driving – What is it about?

Pretty much ever since Criterion Games stopped making Burnout games under EA, the fans of that legendary arcade racing series have been extremely vocal about their desire for a new game in the series – and while last year’s Burnout Paradise Remastered was welcome to say the least, it didn’t quite fill the spot only a true successor could.

Separated from the mothership of Criterion Games (which has since been absorbed wholesale into the EA behemoth by this point), the founders of that original British development team which brought us the Burnout series have been reborn as Three Fields Entertainment and now have at last brought us Dangerous Driving – the spiritual successor to that very same franchise that we never got.

And to that end, Dangerous Driving is exactly what you think it is – a celebration of breakneck fast, white-knuckle aggressive arcade racing like your momma (well, the Criterion Games of 2002-2009), used to make.

The first thing to state is that Dangerous Driving is an adherent to the Burnout template as it existed before Burnout Paradise rocked onto the scene. What this means is that the races are much more straightforward affairs in lieu of the open world game structure that would define the final Burnout game that Criterion made under their EA overlords.

Which brings me to this – just about everything that you liked about Burnout 2: Point of Impact and Burnout 3: Takedown is present and accounted for in Dangerous Driving. This means you can expect vicious takedown-centric gameplay, improbably fast races, horrendously OTT crash physics and, of course, the ability to use the Aftertouch feature to continue the carnage long after your car has been reduced to a smouldering, twisted wreck.

Above and beyond its classically frantic core which is indisputably riddled with Burnout’s DNA, Dangerous Driving is no slouch when it comes to features either. To that end, it boasts 30 different tracks spread across 7 different locations, 8 different event types (including Takedown specific races, Police Pursuit and more) and full online multiplayer functionality to be delivered in the first month after release.

Put simply, if you’ve ever wept thinking that you wouldn’t see another classic Burnout title, then Dangerous Driving is absolutely your huckleberry.

Dangerous Driving – When does it come out?

Dangerous Driving is currently set to release on PS4, PC and Xbox One on April 9, 2018.

Prior to the Dangerous Driving release however, you can catch the latest trailer for it below.

Published and developed by Three Fields Entertainment, Dangerous Driving releases for PS4, PC and Xbox One on April 9, 2019.