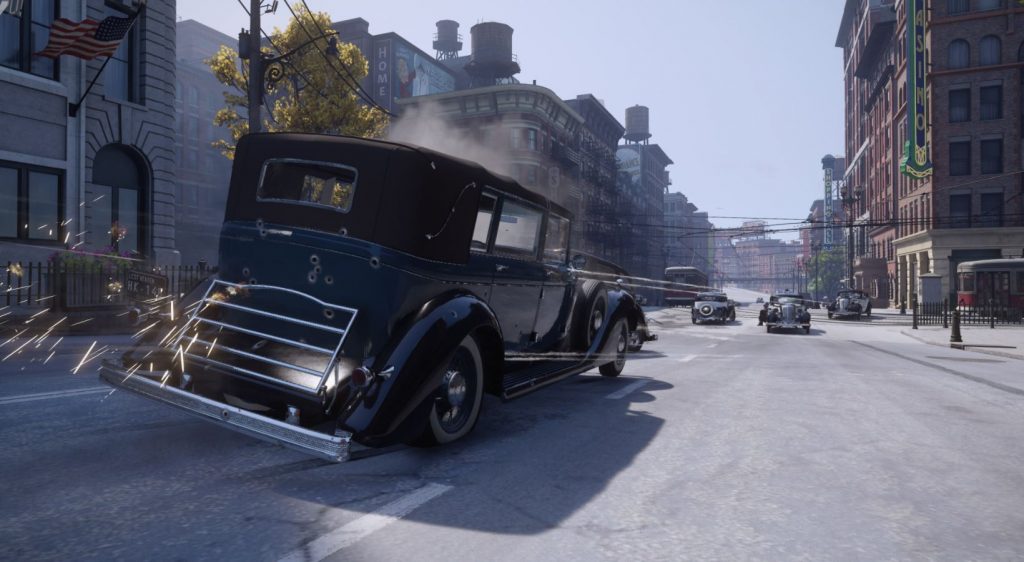 Hangar 13 has deatiled Mafia: Definitive Edition’s Classic difficulty, which is aiming to recreate the original game’s experiences all the way back from the early 2000s.

Announced in a blog post, the difficulty will make driving more demanding and remove in-world navigation signs from the streets. Police will also be much more aggressive on Classic, with even driving a little over the speed limit causing them to come after you. Enemies are also far more aggressive and can deal more damage to you. They also don’t show up on the game’s minimap. Reloading will also forfeit any bullets you have in your clip, meaning you will need to pay attention to how much ammo you have left. There will also be a trophy for completing the game on this difficulty.

Hangar 13 also offered a brief example of how this difficulty will be harder than the other options in the game.

“With Classic Difficulty, we wanted to deliver something that is still an accomplishment to overcome, while smoothing over some of the bumps that could otherwise feel frustrating. Taking the race in the Fair Play mission as an example, the goal across all of Mafia: Definitive Edition’s difficulty settings was to make it a little easier than the original, as many players got stuck and were unable to beat it. On Classic, the race is still pretty tough, but is conquerable with patience and practice.”

This mode was announced last month, but this is the first we are hearing about how the difficulty works. You can checkout around 15 minutes of gameplay for the impressive remake right here.