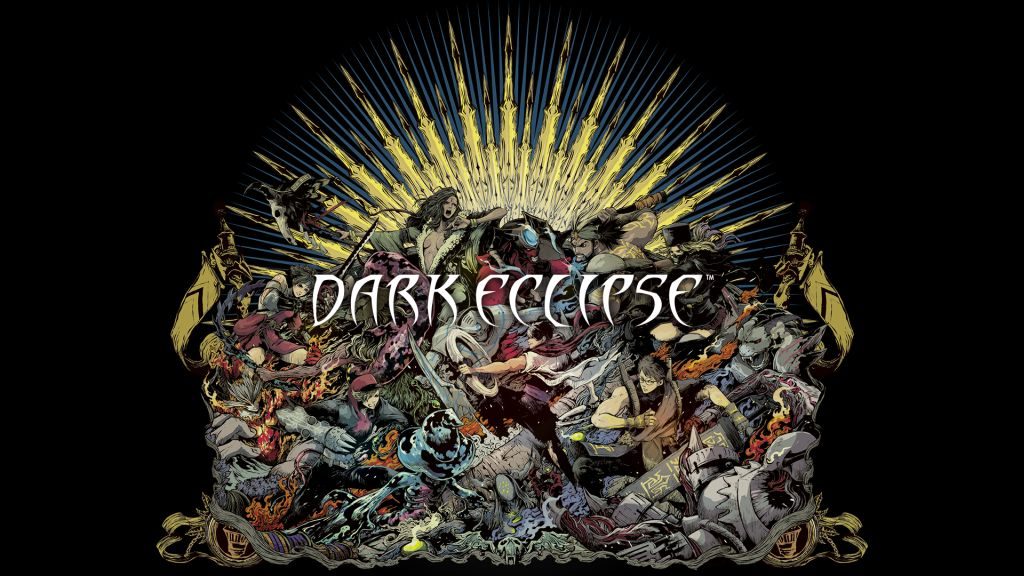 SUNSOFT’s VR MOBA/RTS hybrid Dark Eclipse released on September 13, 2018, and since that time, has steadily grown in content.

With the addition of a ranked mode and several new characters, it is clear that SUNSOFT is all in on supporting their free-to-play strategy title. While the VR audience is smaller than the overall console base, a devoted community has sprung up around Dark Eclipse.

The strategy components in Dark Eclipse are deep without being complicated, and the battle system is so engaging that I named Dark Eclipse my favorite PS VR game of 2018.

With SUNSOFT back in the news lately (both with Dark Eclipse and the inclusion of NES title Blaster Master in the Switch’s free online offerings) we thought it was a great time to pose some questions to Shohei Sakakibara, Dark Eclipse’s Producer and Project Leader. A long-time leader at SUNSOFT, Shohei Sakakibara has been working on games with the company since the early 2000’s.

We spoke with Shohei Sakakibara about his history at SUNSOFT, the making of Dark Eclipse, and what is coming next for Dark Eclipse and SUNSOFT. Please tell us a little bit about yourself and your history in the video game industry. When did you start working at SUNSOFT, and what was your first project?

I joined SUNSOFT as a 3D background designer for the PlayStation 2 title CLOCK TOWER 3 in 2001. Afterwards, I began to direct various flip phone, smart phone, and PS3 game projects. For instance, I led mobile remakes and social games of classic arcade games such as Shanghai and Ikki. Now, I am the Producer and Project Leader for our PlayStation VR MOBA DARK ECLIPSE, which we just released this year.

Could you please explain the relationship between SUNSOFT and SUNCORPORATION for our Western readers that might be less familiar with the company?

SUNSOFT is a division of SUNCORPORATION, and the more commonly recognized brand name for all its videogame operations. SUNCORPORATION is an electronics manufacturer and software developer that was established 47 years ago. SUNSOFT was established 40 years ago, focused on videogame content and software manufacturing, with a very long history that includes contributions to the NES launch.

How many projects have you worked on at SUNSOFT? What were some of the more memorable projects?

I have worked on over 10 projects at SUNSOFT, and the one that stands out the most to me would have to be the first, CLOCK TOWER 3. It was a large-scale development that involved notable people from the film and gaming industry, and I was honored to work with many of them.

After some time spent developing games for mobile platforms and adaptations of existing games, what led to the decision to develop an original IP with DARK ECLIPSE?

While I was developing and maintaining several smartphone titles, I was hesitant about developing another mobile title due to the type of content that was becoming popular for the platform. However, with the advent of VR, my interest in game development was renewed. At the time, the Oculus Rift DK2 was just becoming popular, and I was driven with the desire to create VR content that worked well with the charm and conceit of the medium. While I was researching and exploring ways to do this, the PSVR’s launch was announced, and we decided it was the platform we wanted to focus on.

How large is the team working on DARK ECLIPSE? For how long was the game in development before launch?

Our team has 20 people, and we released the game after more than two years of development.

Was DARK ECLIPSE originally conceived as a VR title, or was it adapted for the format?

We always imagine DARK ECLIPSE to be a VR title and designed every aspect of it specifically for the VR platform. Many staple MOBA mechanics are in our game, but you’ll pretty quickly notice that many of the features we include simply wouldn’t be possible without the uniqueness of VR.

Was there concern when developing DARK ECLIPSE about PS VR’s smaller install base, and that it might not be able to sustain a free-to-play title?

We always wanted to keep the players at the front of our minds and find a way for everyone to be able to play actively and often. The free-to-play model was the best way for us to do this. Any concerns we had about the model were forgotten when we realized we could grow the community alongside our development, as we continue to update the game and add new content. Also, of the three major VR platforms, PS VR has the largest audience and is probably the most accessible headset, so we always knew we wanted to develop for it.

Will DARK ECLIPSE continue to be a PlayStation VR exclusive, or will the game eventually be adapted to other systems?

For now, we are focusing on improving the PS VR version and continuing to build a community on the platform.

What were some of the games that inspired DARK ECLIPSE?

Our initial idea was to develop an RTS game in VR. There are many iconic RTS games that inspired us, and we thought it would be fun to cultivate, control, battle, etc. from a god’s point of view in VR. However, as development progressed, the RTS elements faded and more MOBA elements took form. So we decided to purposefully focus more on the MOBA aspects and draw inspiration from current popular MOBA titles, such as League of Legends and DotA.

While DARK ECLIPSE is a MOBA, it is more accessible than many titles in the genre. There is a great deal of variety and depth to the gameplay and how the different characters interact. How much time was spent iterating on the gameplay before you reached the “sweet spot” that allowed new players to learn the game without being overwhelmed by complexity?

It took over a year to find that sweet spot after our core development was completed, because we needed to keep testing and adjusting the game design and balance, all while making sure both would be fun and intuitive to the player.

It is interesting how different maps force different strategies for success. Have you considered allowing players to create custom maps with variable levels of foliage or tower points, for example?

This isn’t our top priority since it would greatly influence the balance of the game – as with any other MOBA, map changes need to be considered very carefully for their meaningful impact on the strategy and competitive landscape.

However, because our game does include some RTS elements, it is easier for us to release new maps than it is for other typical MOBA games, and we look forward to delivering new map content when possible.

Were there any features that you wanted to include in DARK ECLIPSE that you ultimately omitted, due to time or resources?

We had to omit 2v2 combat and the spectator mode at launch due to our timeline, but we are still working to implement these in the future.

How has DARK ECLIPSE been received by the PlayStation VR community? Are you gaining the player base that you expected?

Our players are enjoying the game even more than we expected, which is incredible to see! We do hope to see new players join the growing community, to keep the competition dynamic and inject fresh takes on tactics and gameplay technique. We believe VR is a market with a margin for growth and the potential to blow up in popularity, so we look forward to seeing the player base grow alongside the VR industry.

With the recent release of new characters and a new ranking system, what does the future hold for DARK ECLIPSE? Will there be more content released in the future?

Yes. We are adding new characters periodically and have plans for a new mode coming soon, so please keep an eye out for more news coming later!

Who are your personal favorite characters in DARK ECLIPSE and why?

My favorite is Raina. The motif of the yoroi musha (armored warrior), such as the Silver Samurai in the X-Men series, is one of my favorites. Even compared to other yoroi mushas, Raina’s balance between a warrior and a supernatural creature makes him very cool to me. He is also one of the more straightforward Leaders to use, which I also like.

With such a long and complex history in video game development, what does the future hold for SUNSOFT? Are there any other interesting projects that SUNSOFT wishes to share with our readers?

With the recent global release of DARK ECLIPSE, we were very happy to see that people were excited to hear the name SUNSOFT again after a long absence. It was a wonderful surprise to see the outcry of support from fans of our much older titles!

As a creator who has a soft spot for retro games, I wanted to make a game that induced nostalgia while also bringing something new to the table. With DARK ECLIPSE, we created a SUNSOFT original that is inspired by tried-and-true MOBA elements but introduces new mechanics and concepts for VR. I hope to continue this trend with future projects.

We couldn’t do this without the support from our global community, so we wish to say thank you, and we hope you continue to support us in our future endeavors.

PSU would like to thank Shohei Sakakibara, SUNSOFT, and Wonacott Communications, LLC for their participation in (and translation assistance with) this interview.