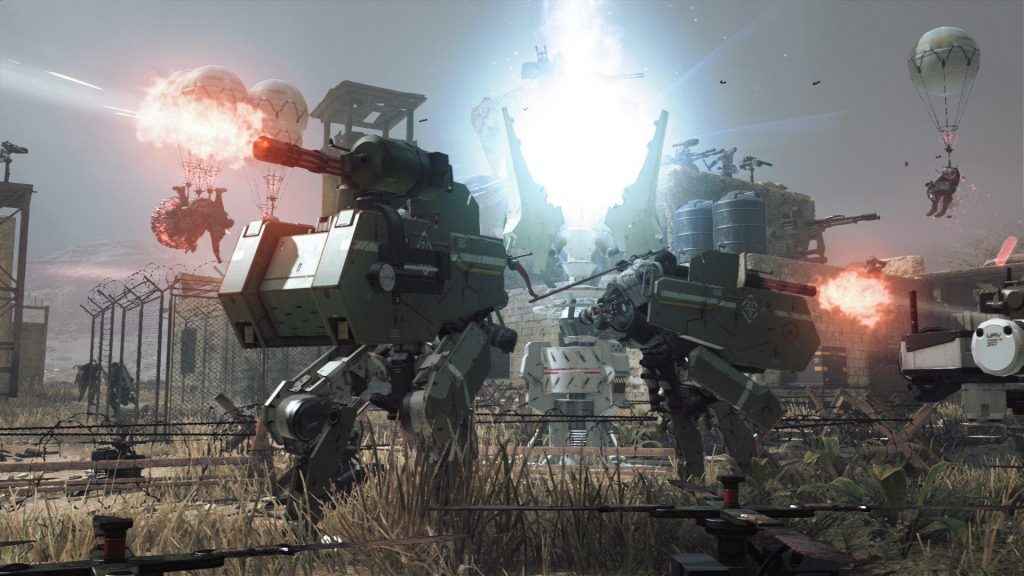 Konami is going to keep Survive alive by rolling out a new brand of Metal Gear Survive co-op missions next month. Daily and weekly missions are of course, already live.

The co-op DLC will consist of Rescue Missions completely new to co-op, but featured in solo play. It’s due out on an as yet unannounced date in March. The mode will have players team up to rescue soldiers in need of help.

Konami’s press release about it has the following to say

Cooperate and coordinate with your squad to go rescue soldiers seeking for help. Compared to Salvage Missions, those missions will require a whole new level of cooperation and team spirit.

Meanwhile, the daily and weekly missions promise to drop more rewards and have special battle conditions to pep up the gameplay with different strategies.

Metal Gear Survive has of course, had a rather difficult start to life. Servers were inaccessible at launch until a patch rolled out, locking players out of the game for up to two days. Then there was a controversy surrounding the need to purchase separate save slots.

The game then flopped in its chart debut, selling 85% less physical copies than Metal Gear Rising Revengeance did in the same time-frame.

All that sits on top of a pretty poisonous reception to the game since the day it was announced. Largely because of Konami’s actions surrounding Hideo Kojima and Silent Hills. It’s unfortunate, because the game is genuinely decent at heart.

Metal Gear Survive is out now for PS4 and other formats.