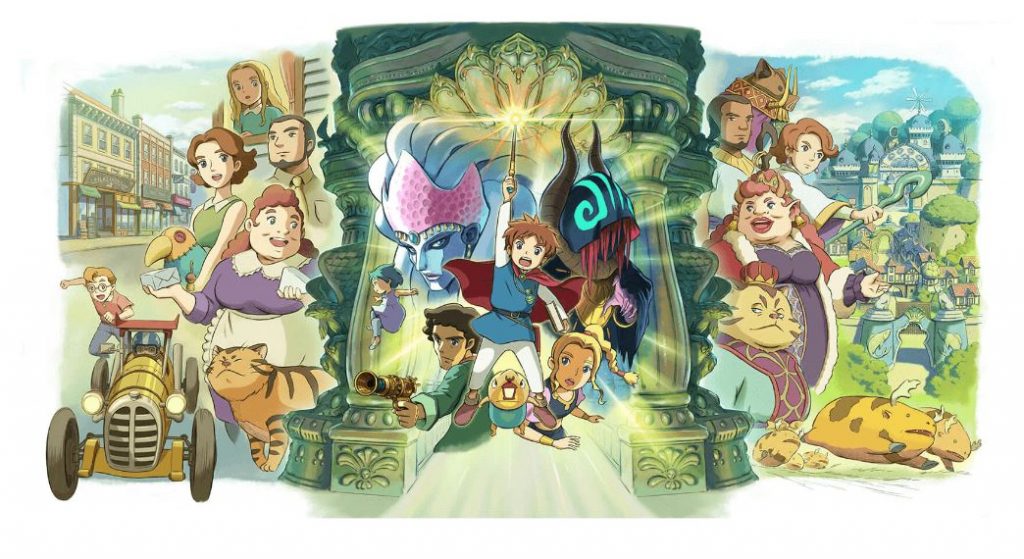 Join Oliver on a life-changing quest in the breathtaking world of #NiNoKuni: Wrath of the White Witch Remastered, coming to PS4 and PC on 20 September with beautiful visual enhancements.

The original version of the game will also be available on Nintendo Switch on 20 September! pic.twitter.com/QCnMKjMOm4

Gematsu have a full description of the game:

Journey back to the other world in Ni no Kuni: Wrath of the White Witch. Level-5’s classic tale returns better than ever. Join Oliver as he embarks on an adventure through a world inhabited by new friends and ferocious foes alike in the hopes of bringing back his mother after a tragic incident. With a copy of the Wizard’s Companion in his hand and his trusty friend Drippy by his side, he will travel across this rich fantasy world to tame familiars, take on enemies, and overcome the countless challenges that stand between him and his mother’s salvation.

This charming tale unfolds through the use of animation storyboarded and created by the legendary Studio Ghibli and music composed by the renowned Joe Hisaishi. Ni no Kuni: Wrath of the White Witch combines beautiful animated visuals, masterful storytelling, and a sweeping score to create an epic role-playing adventure like no other.

You can check out the box art for the game below: I am beyond excited to give this game another go as it was the final title I played on my PS3 before I sold it. I had a blast with it.

Along with Ni No Kuni: Wrath of the White Witch Remastered being leaked two others joined the lineup. Elden Ring is the next game from FromSoftware and is the rumoured collaboration between Miyazaki and George R. R. Martin. The second game is a brand new entry in the tales of series, called Tales of Arise. The game looks especially gorgeous with some great screenshots.

Ni No Kuni: Wrath of the White Witch Remastered is coming to PlayStation 4.

What are your thoughts on the remaster? Did you play the game when it first launched?

Ni No Kuni: Wrath of the White Witch Remastered