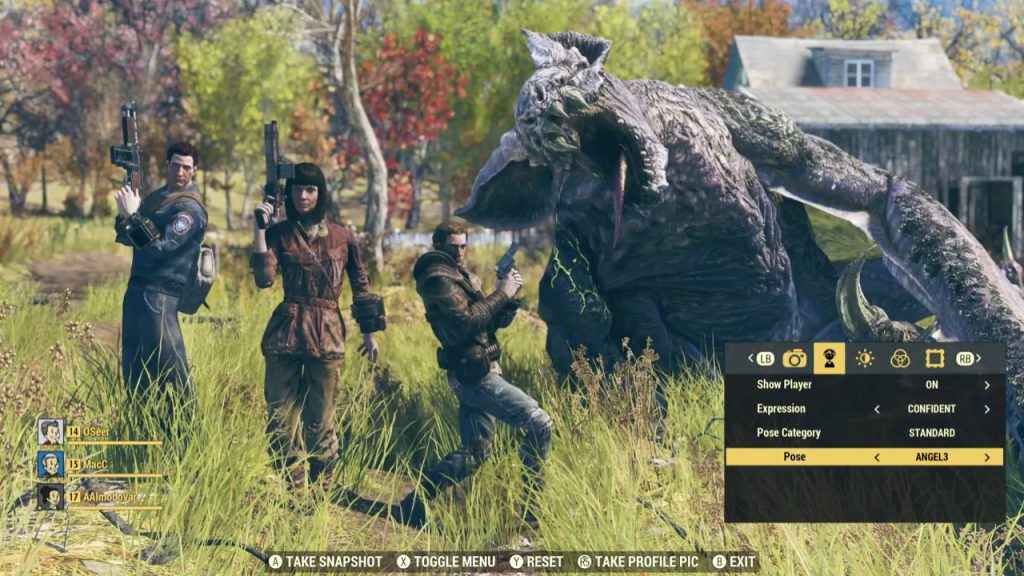 I have been enjoying my time in Appalachia, but I finally have a problem with Fallout 76.

While the online debate about whether Fallout 76 is a worthy entry into the series – or a shameful “cash grab” – has been wearing on endlessly in the forums and comment sections of the internet, I have been happily spending about an hour every night exploring the wastes of West Virginia.

While I unabashedly love Fallout 76 (and I believe that there is an entire community quietly playing the game and waiting for the backlash to settle down), I do acknowledge many of the issues that folks have with the game. The gameplay is, however, becoming noticeably more stable with every patch. And frankly, I simply haven’t encountered many of the bugs and problems others seem to be experiencing, so I’m digging the game.

Still, I have run into a quirk in Fallout 76 that no one else seems to be talking about. And due to my overall happiness with/acceptance of this rather divisive game, this weird little issue represents my biggest grievance with Bethesda’s current build.

I’m playing on a standard PlayStation 4, and during the beta the photo mode quickly became one of my favorite features of Fallout 76. Say what you want about the quests and the robots and the dead people and the audio logs, but visually, the world of Fallout 76 is chock full of amazing sights. I get a great amount of pleasure from clearing an area of enemies, and then carefully composing a shot of my vault-dweller posing in front of some of the wild stuff I come across.

I like the photo mode so much that every single “atom” I have earned has gone towards unlocking new poses for my vault-dweller. I’ve never been drawn in by a photo mode in a game before, but in Fallout 76 I absolutely love the feature.

When the beta ended, I was disappointed to see all of my initial photos vanish, but that it happened is understandable. Most of my progress carried over through the deletion of the beta client, so the loss of the photos was no big deal. I immediately set about creating a new library of pics, climbing to the top of rollercoasters, posing with the Vault Girl statue in the Vault Tec University lobby, and hunching down in front of that one Christmas tree (you know the one).

Recently, I had a house guest visiting for a few days, and I quickly got them hooked on Fallout 76 (it’s a fun game, friends). Using a separate profile from mine, I set them free to wander the wastes during the hours I was away from home. Before long, we noticed that our photos from photo mode were crossing over between profiles.

One of the cool features of the Fallout 76 photo mode is that the game uses players’ created photos as load screens. So when I started seeing my houseguest’s ugly-ass character – and his many pictures of himself sleeping – popping up as my load screens, I had a bit of a “what is this nonsense?” moment.

I quickly realized that the directory that these images were being stored in must persist player photos on a device level, as opposed to sorting the images by profile. This seemed quirky and ill-advised, but was by no means a game breaker. I figured that I could just take more photos of myself as I went along, eventually out-numbering the disgusting images of my houseguest’s sunken, zombie-like character to the point where they were buried in the rotation.

So imagine my surprise when I went to take a photo the other day and the system told me that my photo storage was full. Apparently, there is a hard cap on the number of photos a player can store in Fallout 76, and that cap is a low, low 50 photos. Once you hit 50, the game prompts you to delete previous photos in order to make room for new ones.

In a game that I have been enjoying and defending in the face of harsh, harsh criticism, this was the first thing that I’ve encountered in Fallout 76 that actually made me disappointed.

Due to the fact that there is crossover between my account and that of my house guest, it is clear that the images are being stored locally and aren’t uploading to some limited database in Bethesda’s secret basement data storage facility. Why not just let me fill up my hard drive with photos? Why impose the seemingly arbitrary limit? Coming from a game that has clobbered me over the head with several 50 GB+ patches and updates, we’re going to worry about how much space 50 images are taking on my PlayStation, AND I have to share those 50 slots across multiple profiles on one machine?

Of course, this isn’t the number one issue facing Fallout 76. It’s not even the 100th most important. All I ask is that you add it to the list, Bethesda.

Aside from this nitpick, I’m having a really good time with 76. For those Fallout fans that have been scared off by all the bad press and are not willing to drop the cash for a game they may dislike, I would recommend grabbing a copy out of the Redbox for a couple of days. Try it out for five bucks, you might just be surprised by how much you like it.

Or of course, you could always come sleep on someone’s sofa and fill their Fallout 76 photo cap with disturbing pictures of that freak you call a character staring blankly into the camera while standing on a non-descript riverbank. Because apparently that’s a fun thing to do…