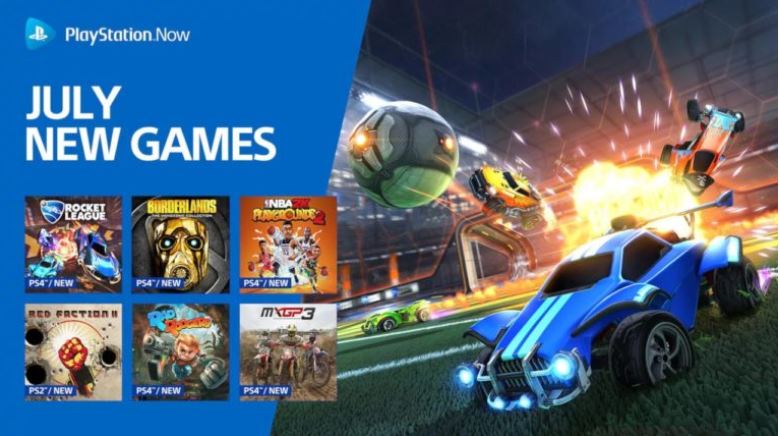 Sony has added a fresh batch of games to its PlayStation Now streaming service, as part of its PlayStation Now July 2019 update. Headed up by the high profile likes of Rocket League, Vampyr and Borderlands: The Handsome Collection, this month’s PS Now update looks like to be a pretty decent one to say the least.

Most notably, Borderlands: The Handsome Collection was featured as one of the free games for PlayStation Plus June 2019 update.

You can see the other games included in the PS Now July 2019 update below:

You can find the other additions below:

You can catch the full list of all the PlayStation Now games released to date at this handy link.

For Sony, the company fully intends to push PlayStation Now ‘hard’, and as such, we expect it to focus heavily on both PS4 and also on Sony’s forthcoming, next-generation PS5 console too.

Speaking with the Financial Times, Ryan revealed how Sony is getting “more confident” with PS Now, and therefore will continue to heavily invest in the platform going forward.

“We obviously have seen the trend in other forms of entertainment towards the mass adoption of streaming as a means of accessing content,” said the executive. “It would seem likely, very likely, that gaming will follow that trend.”

“We are getting more confident with the [PlayStation Now] service and we are really going to start to push it hard this year and in years to follow,” added Ryan. This obviously means PS Now won’t be going anywhere with the introduction of the PS5, which is rumoured to launch in November next year.