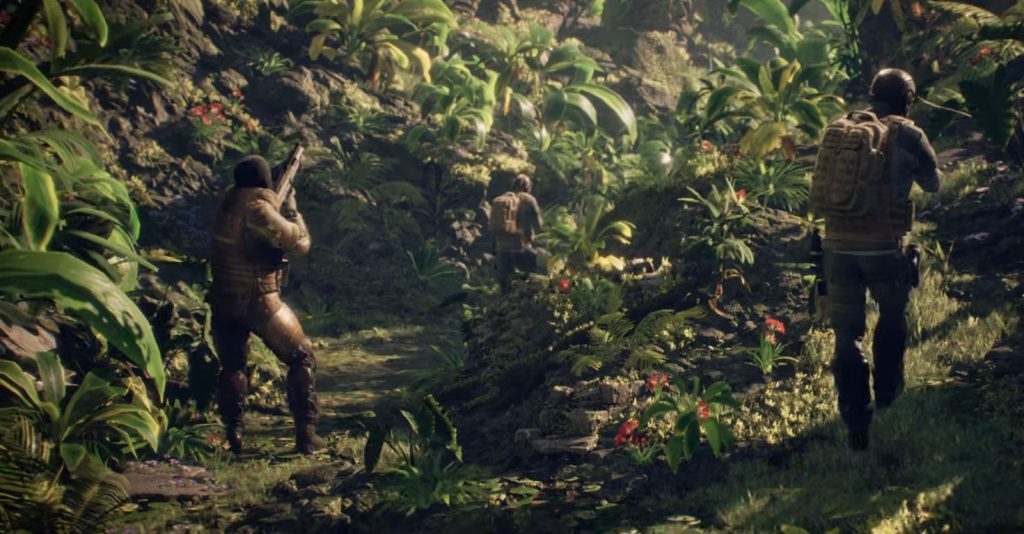 Predator: Hunting Grounds has officially been announced for PlayStation 4. It is an asynchronous online multiplayer game where one person plays as the Predator and has to take out a group of soldiers, who are played by other people.

The game is being developed by IllFonic, creators of 2017’s Friday the 13th game which followed a similar premise. Therefore, the team definitely has experience working in this field.

The person playing as the Predator will gain access to exotic alien technology, such as the Plasmacaster. They will also be incredibly acrobatic. The fireteam of Soldiers will have to enter the area, extract some important items, and make it out without dying to the Predator.

This was announced during Sony’s May State Of Play event. During this stream, they also re-revealed the remake of Final Fantasy 7 and offered us a look at some new gameplay. A brand new trailer for MediEvil was also shown off, giving us an October release date. Monster Hunter World got a trailer for its first expansion, Iceborne. This new area features new monsters as well as a new map covered with snow.

Predator: Hunting Grounds is due for release in 2020.

What do you think of the game? Are you excited for it?