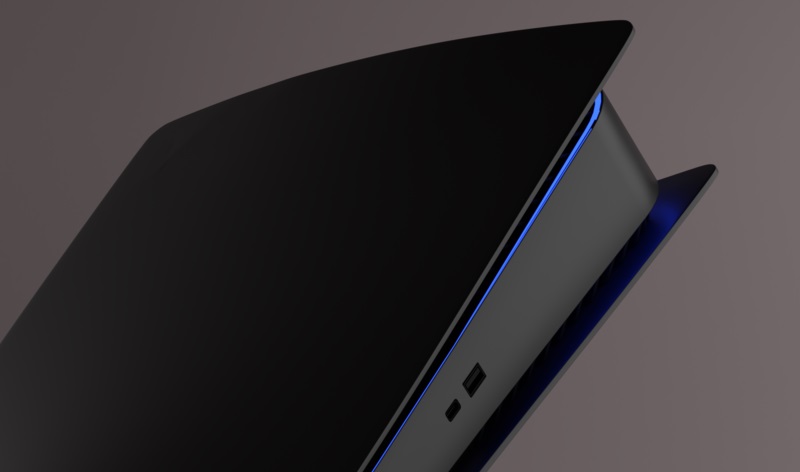 Guide: PS5 Faceplates – When Sony first unveiled their new look for the next generation of PlayStation, it took everyone off guard, because though the main console was still the traditional black, the PS5 has on either side two faceplates, coloured white for the PS5‘s two-tone design. Not everyone liked it, and if you find yourself with a PS5 and still not enjoying the white/black, this quick guide will tell you what they are, where to get them, and how to change them.

Guide: PS5 Faceplates – What They Are, Where To Get Them And How To Change Them

PS5 Faceplates – What Are They?

When referring to the PS5 faceplates, what they essentially are is the two white plastic sides attached to the black PS5 console. They’re purely for aesthetic and structural purposes, and not only can be removed, but are in fact intended to be removed.

They’re sturdy plates themselves, though not strong enough that they will provide any protection, should your console accidentally topple over. Their shape also prevents you from laying the console down horizontally in any secure way without the provided stand.

Both panels on the inside have a series of hooks, by which they latch into the console, an important distinction to note when removing them, which we’ll get to later.

You’ll know the difference between the left and right or top and bottom ones easily if you own a disc-based PS5, less so if you own a digital console. The left or top plate has the PlayStation logo in its top left corner, while the bottom or right panel either doesn’t and has the disc drive, or just simply doesn’t have the PS logo.

Although if you’re someone who like the head of PlayStation Studios Herman Hulst likes to have their PS5 upside-down, then just reverse what I’ve said for the top and bottom plates.

PS5 Faceplates – Where To Get Them?

If you, like many, wanted a return to the classic all black consoles of PlayStation‘s days of yore, then you can have that return with multiple widely accessible replacement faceplates. Popular and reliable brands like dbrand develop quality replacement plates for those looking for the sleek all black look. They even include some easter eggs, such as a similar yet “legally distinct” spin on the PlayStation buttons found inside of each faceplate.

You can also find creators on etsy making more than just black faceplates, if you want to add some colour to the console. Mostly the colour range is limited to red or blue, but if you’re willing to attempt putting a skin or decal on your current faceplates, then you’ll have much more variety to choose from.

It should be noted these are of course third party faceplates and not officially made by Sony, though clearly there is a market for them should they decide to sell Sony branded faceplates. Otherwise, the only way to get a PS5 faceplate is to, well, buy a PS5.

PS5 Faceplates – How To Change Them?

Thankfully, it is relatively easy to change the PS5 faceplates, should you need to do so. You’ll need to do this for pretty much only three reasons, either being that you’re installing a new M.2 SSD drive into the internal expansion slot, doing some spring cleaning or you’re swapping them out for a different colour. Since Sony has yet to activate the expansion slot, you’ll only be doing this to swap them out or to clean.

First of all, make sure your console is turned off and unplugged from any wires and connections, and place it off the stand center on a flat, secure surface. Next, with the top or left faceplate panel facing up, you’ll lift the back left corner (the one next to the PS logo) slightly, and then push the panel downwards and away from the PS logo to pop out the hooks.

To do the same on the other side, you’ll flip the console while keeping the back ports facing you, and lift up the back right corner, (the one directly behind where the PS logo is). Then again push the panel down and towards your left to free it.

This is why it is important to note that the hooks latch into the console, since you’ll need to do more than simply try and pop them off by lifting them straight up which you should not do.

After a quick clean, something you should do even if you are just swapping out the panels, you’ll then grab the appropriate replacement panel for either side and reverse the removal process by lining up each hook with the holes on the side of the console, sliding the panel up and clicking it down to secure it.

If you’d like a visual to help you better understand, Sony demonstrates it themselves during the PS5 Teardown video, which you can watch for yourself here: