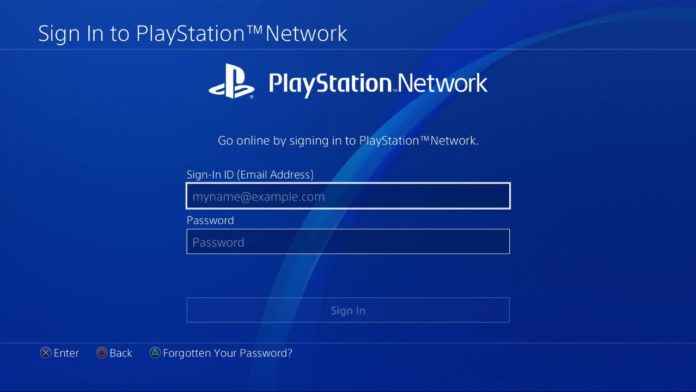 [Update 2] In a new Reddit thread, it looks like there’s a happy ending and the affected player now gets to keep his PSN ID. This is what he said:

“Around 30-45 minutes ago I received a call from PlayStation. Not just anyone, but i believe he said he was the support team manager. He said and I quote. “ Hi Enrique, first off I’d like to apologize for everything. We caught wind and saw what you posted and said online. And I can assure you we got to work on it as soon as possible. We setup a quick meeting at the office and trust me, we had an interesting conversation, especially as it’s thanksgiving(he chuckles). But I’m glad to inform you your account is fully re-activated. I’d like to apologize in behalf of all of us. You can keep your current Online ID as we realized we made a mistake…”

[Update 1] Enrique says that a Sony Spanish rep is escalating the issue for him to see what can be done. He writes: “I got off the phone with a supervisor I talked to who speaks Spanish and he said he’s going to escalate the issue and gave me number. That they would call me back.”

[Original Story] Getting permanently banned over a year after creating your PSN account must be one hell of a blow when you really do believe you’ve done nothing wrong. That’s what’s just happened to Kike_0615, whose Reddit thread has gathered a lot of attention.

It turns out that “Kike”, real name Enrique, is from Mexico, and his PSN name is a common nickname for people of that name in his home country. A quick check on Wikipedia confirms that: “Common nicknames of Enrique are Kiki, Kiko, Kike, Kikin or Quique (also spelled Kiké) “

Unfortunately, it’s also a derogatory term for a Jewish person, an anti-Semitic slur. As such, Sony (or its bots) have banned his account permanently.

“I’ve spent a couple hundred if not a thousand or more in games, content, etc,” writes Enrique. “I randomly got an email today that I was permanently banned. At first I thought it was one of those fake emails people do to steal accounts. But I looked at the sender and it was official Sony email. I chat with support and they said it was because my Online ID was offensive.”

“My online ID is/was: Kike_0615. Kike is short for my real name, Enrique, and in Mexico a lot of people call guys with that name “Kike”. It is also pronounced “KEE-KAY“. After I did some research it’s apparently used as an offensive way of calling Jewish people. Sort of like the N word for my African Americans. Btw I’m really sorry if I offend anyone by posting my nickname, I swear to god that’s my nickname since I was little, I even have soccer and high school track/XC shirts/sweaters with my nickname.”

Enrique says that he’s contacted Sony support multiple times to find out what he can do to get the content connected with his account back. He’s had no success. Though he’s completely fine with having to change his PSN ID if it’s causing offence, the issue arises as he’s instantly received a ban (while being totally unaware that his nickname is offensive) and immediately has no access to the games that he’s purchased.

Enrique is hoping that his thread will grow awareness of the issue and Sony will perhaps come up with another solution for him, rather than him simply setting up a new account and not getting access to his paid content ever again.

At the very least, Sony should organize that for him. As the option to change your current PSN Name arrives early next year, and the fact that so many words are deemed to be offensive, perhaps Sony should either have a system that doesn’t allow you to pick an offensive name in the first place (asking you to provide an alternative on submission), or provide users with a complete list of banned words so others don’t get caught out down the line.