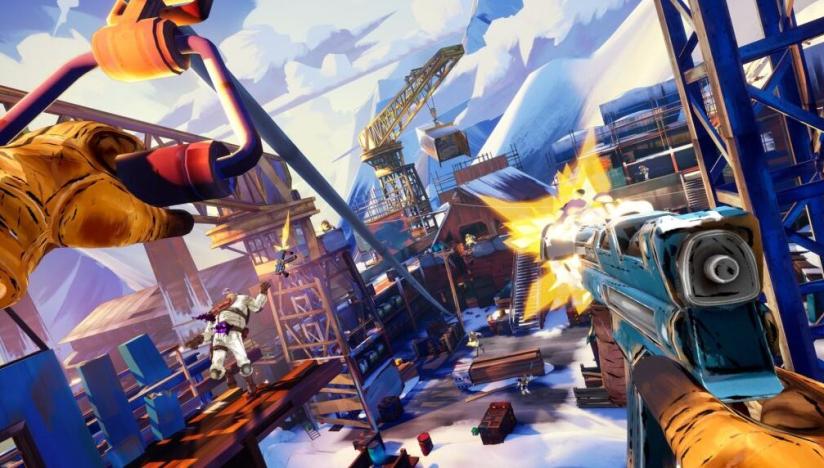 nDreams, the creative folk behind the upcoming PSVR title Fracked, have unleashed a fresh look at the past-paced actioner in an extended gameplay trailer.

The game was announced earlier this year with a Summer 2021 release window, and that still appears to be the case in a new PlayStation Blog post. This time however, we’re treated to a much more detailed look at Fracked, so check out the fresh trailer below.

In case you haven’t been keeping up with our coverage on the game, Fracked sees the protagonist trapped in a deep mountain fracking facility, which has succumbed to a bunch of gun-wielding, inter dimensional thugs known as the Fracked. The game combines blood-pumping free running with 1:1 run and cover gun battles, making for quite the fast-paced gameplay experience.

Fracked is also going to benefit from the added horsepower of the PS5, as playing the game via backwards compatibility will enhanced the game’s frame rate, loading times and resolution. However, nDreams has said that the PS4 and PS4 Pro editions will still look “incredible.”

Fracked is pencilled in for a release on PSVR in Summer 2021.