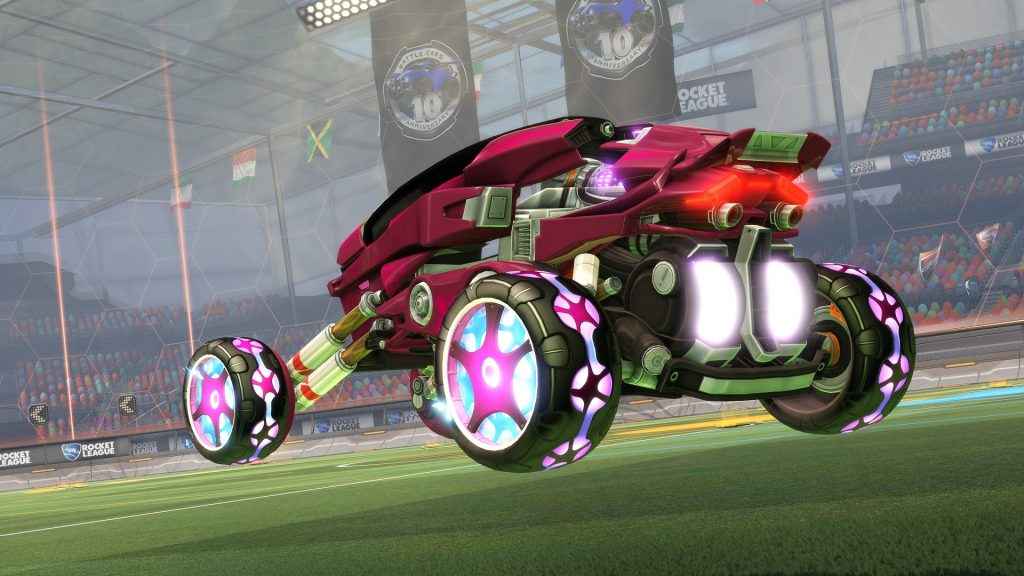 Now the gate has been pushed ajar with the arrival of Fortnite PS4 cross play, it’s looking increasingly likely that Rocket League will follow. In a new statement from Psyonix, the developer says it is making progress with platform holders and considers cross platform play a priority.

Rocket League was built with cross-platform play in mind, says Psyonix. The idea was always for Xbox and PC players to join forces, and with the recent arrival of the Nintendo Switch version, the party could be open to all platforms having the opportunity to play together.

“It has been a Psyonix mandate that our technology, processes, and policies must always comply with this effort and we have worked tirelessly to ensure it. We hoped that other developers would join us in this effort and they did. We hoped that gamers would cry out for more and they did,” writes the Rocket League developer in a statement on Reddit.

He goes on to say that progress in bringing cross play to all major platforms is getting closer, and the team can’t wait for the feature to be added at some point in the near future.

“I want everyone to understand just how much of a priority this is for us and always has been for our team. There are still many factors, some of which take time, that means we have to have some patience,” says Psyonix. “I am excited beyond words and I wanted to make sure that our players know where we stand. I can’t wait to see our vision for a truly unified Rocket League community finally realized.“

In the meantime, Rocket League Season 9 has recently begun, alongside the arrival of the new Hot Wheels Triple Death Pack DLC.