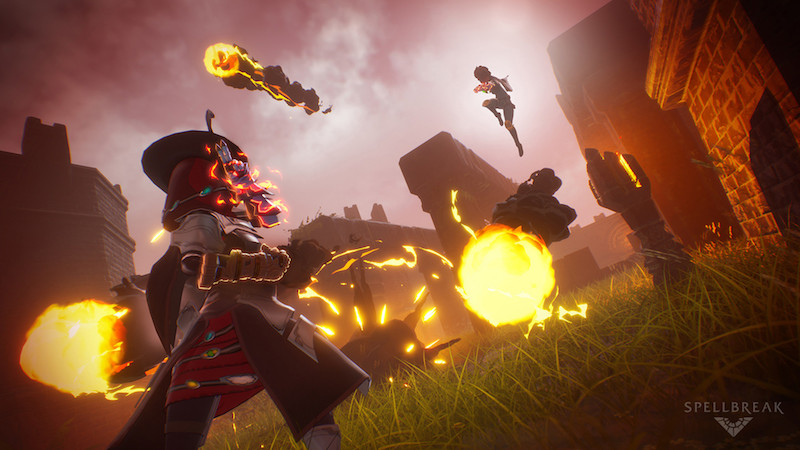 Details on the Spellbreak PS4 beta have finally been released as it looks to get underway tomorrow, on March 3rd. Folks who purchase the Mystic Founders Pack ($49.99 – $47.49 for PS Plus subscribers) will not only gain access to the beta, but also a range of in-game items when the game launches properly later on in the year.

For the uninitiated, Spellbreak is a fantasy take on the Battle Royale genre where players take control of hugely powerful spellcasters in order to become the sole survivor in an arcane rumble.

Elsewhere, posting on the official PlayStation Blog, Seth Sivak. the CEO of Spellbreak developer Proletariat, has gone into substantial detail on the Spellbreak class system and how each class brings something unique to the table.

At the start of every match, you can choose your class. Each class in Spellbreak has a unique playstyle and set of skills that can be learned as you level in a given game. Every skill offers you a significant upgrade to the playstyle and serves to further differentiate the classes as the match progresses. While you’ll start each match as a powerful spellcaster, by the end you will be a destructive force.

The Pyromancer specializes in fire magic, allowing them to do large swaths of damage across the battlefield. They specialize in mid-range combat with their Fireball spell, which can leave burning puddles of fire on the ground, or they can use Flamewall to create a wall of fire to harm their opponents or defend themselves or an area. Above, you can see a Pyromancer using the Firefly skill to literally take flight by entering a Flamewall, allowing them to quickly cross gaps and distance or make a hasty retreat. Do a barrel roll!

A Stoneshaper is a defensive earth mage who can sunder the ground to brawl up close or lay siege to their far-off quarry by throwing giant boulders over the horizon. Their primary spell is Shockwave, which tears up the ground and sends it zooming toward their opponent. With each cast, they siphon a portion of the earth’s power to shield themselves. You can see them repeatedly casting Boulderfall in the gif above to rain down destruction from afar.

If you’d prefer a somewhat sneakier playstyle, focused around burst damage, perhaps the Toxicologist will quench your thirst. Using their vials of toxic goo, they can cast Toxic Spray to cover the field in sticky puddles. Get in close with someone for maximum damage. They can also summon large clouds of gas to cover the landscape which can be lit on fire or electrified, but more importantly, by entering one, they can use Vanishing Mists to launch themselves through it and become invisible. While invisible, their damage is greatly increased so your opponents will always be on their toes.

How are your reflexes? A Conduit can cast Lightning Bolts, summon storms, and shock other players. When a player is shocked, they can’t attack back, so time your spells, disable them, and strike like lightning! On top of their elemental powers, Conduits also specialize in runic magic and control over mana, allowing them to make more frequent use of both compared to other classes.

The high-flyer of Spellbreak, the Tempest takes to the skies on the wings of the winds to rain down destruction from above. Their Wind Shear lets them launch themselves off the ground and walls to maintain maximum advantage over their opponents or they can use their Tornadoes to fly even higher into the air or pull in their enemies (or both!). While skyborn, Tempests infuse their attacks with the power of wind to deal even more damage than while they’re grounded.

Finally, the slickest of the classes: Frostborn. A fast-moving sniper who’s capable of creating paths of ice to quickly traverse the world along with their team. Their Ice Lance spell is tremendously damaging, but requires great care in aiming. If they get themselves into a bind, they can use their Flash Freeze to ward off attackers and skate away.

On top of choosing a class, you can further customize your build with different spells, sorceries, runes, talents and more that will ensure each match has a different flavor where you can adapt to both your surroundings and opponents, but that’s a subject for another day!