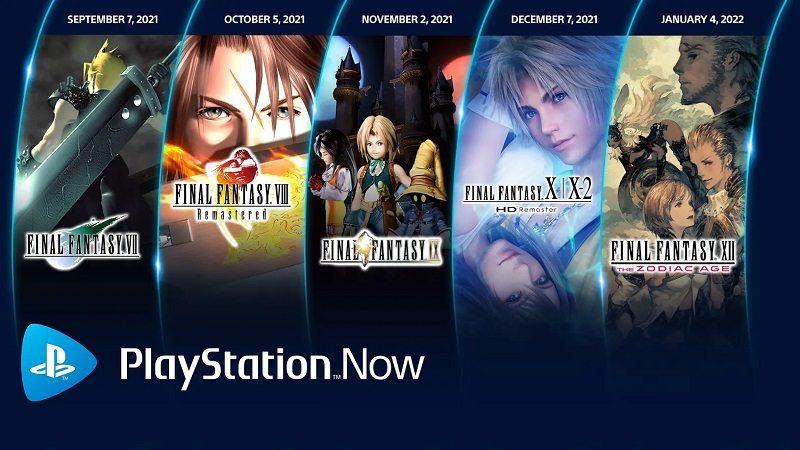 Final Fantasy fans are all a-buzz with thoughts and hopes of seeing Final Fantasy XVI if not at Tokyo Game Show then maybe even at the upcoming PlayStation Showcase, but if you’d like to take a trip back through Final Fantasy memory lane, PlayStation Now will be able to help with that as a new classic game will release on the platform each month from September 2021 to January 2022.

The news was announced on the PlayStation Blog that starting on September 7, 2021 we’ll see a new Final Fantasy game come to PlayStation Now on a monthly basis with the first being none other than Final Fantasy VII.

It is great to see these titles added, especially because hopefully this is meant to go alongside a big announcement for Final Fantasy XVI as a way of getting players hyped through an avenue for a replay through one of these classic titles or bring in new fans to the franchise before the launch of their next tentpole game.

What is curious however is that there’s no mention of when or if these games will be removed from the service, so here’s hoping that they stay there in perpetuity.