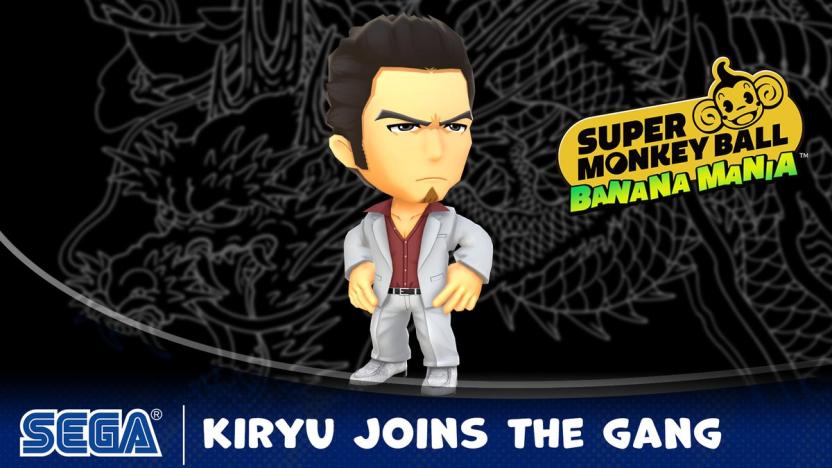 SEGA has announced that Kazuma Kiryu, the legendary Dragon of Dojima from the Yakuza franchise, will be joining Super Monkey Ball Banana Mania as a playable character.

Kirya-san (or should that be Kiryu-chan? Goro Majima would probably agree with the latter!) follows confirmation that Sonic & Tails will be making their way into the game, and like them, the Fourth Chairman of the Tojo Clan will be unlockable free just be playing the game.

The legendary “Dragon of Dojima” will be a playable character, free and unlockable through normal gameplay! 🐉#SuperMonkeyBall #BananaMania #KazumaKiryu pic.twitter.com/XzsGX1pSGR

While it doesn’t look like Kirya will be beating up folks or smashing people over the head with a traffic cone, he still looks the business in his iconic clobber, even when rolling around in a massive ball. He can do no wrong in our eyes.