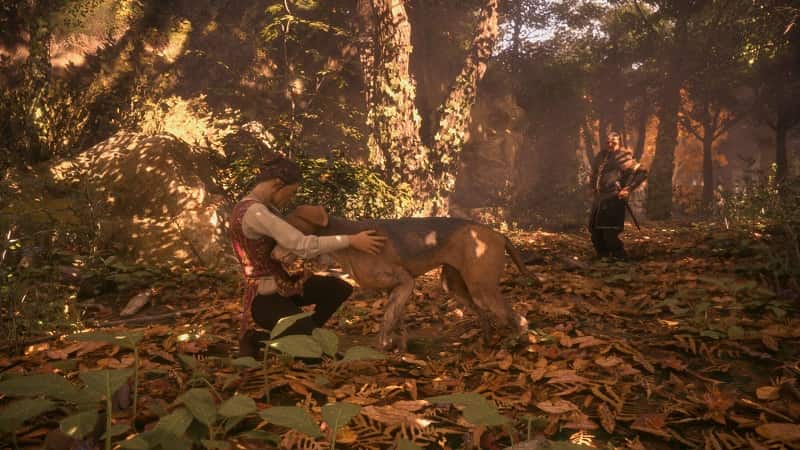 The Best Dogs In Video Games – If there is one universally held truth it’s that dogs absolutely rule. Whether it’s a Good Boy or a Good Girl, the ranks of man’s best friend are filled with four-legged heroes of all shapes and sizes. The same is true for PS4 and PS5 too – the dogs on Sony’s platform are very often Good Folk(tm) who will do whatever they can to help the player and other characters along in their journey. Without further ado then – here we go with our spoiler-free list of the best dogs in video games! Beware though – SPOILERS FOLLOW.

The Best Dogs In Video Games

The Best Dogs In Video Games:

Seeming to be a cross between a spaniel and some sort of hound dog, the endlessly loyal Lion is a more than competent French hunting dog for the affluent De Rune family in the superb stealth action RPG, A Plague Tale: Innocence. 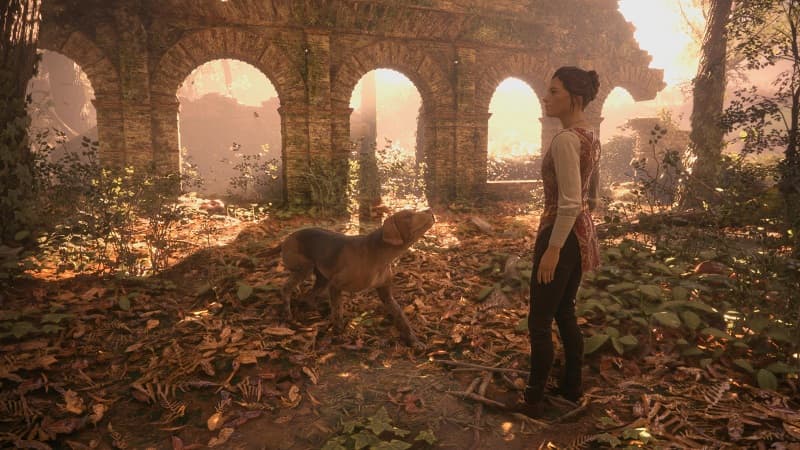 Always ready to continue the hunt and equally always capable of interjecting himself into conversations with his masters when they least expect it (or want it), Lion sadly meets a grisly end after he goes pursuing some unknown danger in the forest. Though tragic, Lion’s sacrifice proves how eager this loyal hound was when it came to uncovering danger and protecting his friends from that same danger. More than that, Lion’s sacrifice would serve to harden the resolve of protagonist Amicia De Rune, who would go on to face down the rat plague in a way that would change the lives of her family and friends forever. Heavy stuff. 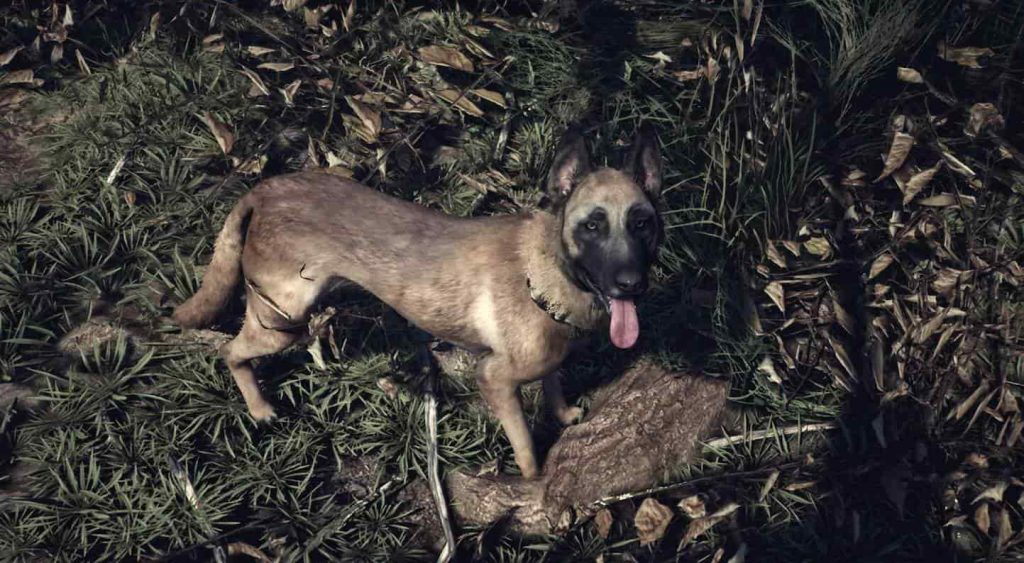 Loyal, always up for a treat and willing to quite literally fight the forces of evil for his beloved master, Bullet is the dog you want with you whenever supernaturally fuelled bad stuff starts to happen. 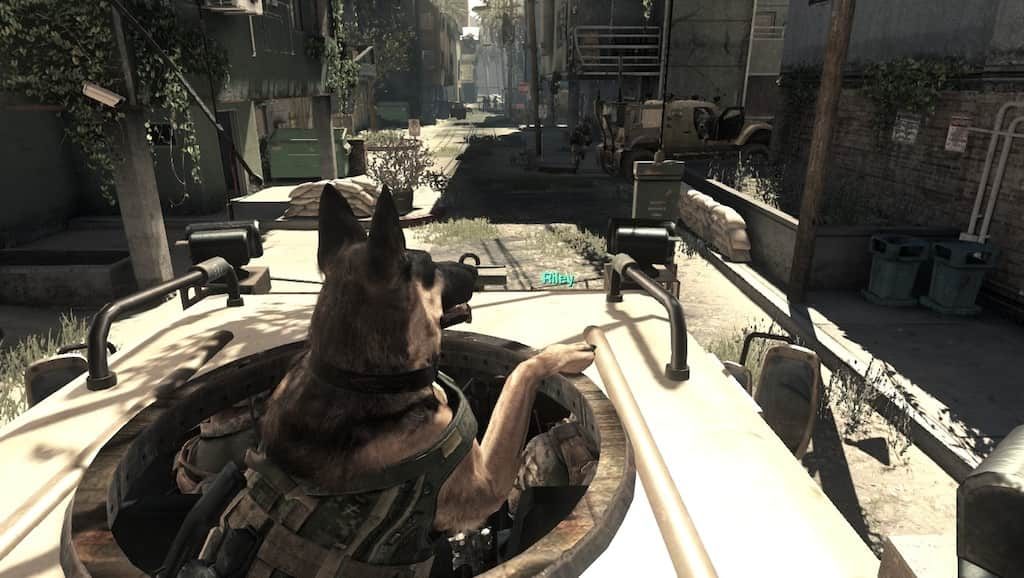 Whether he’s disarming automatic weapon brandishing terrorists, ripping out throats of folks who look at the player sideways or taking down an attack helicopter full of bad dudes, Riley is a one dog wrecking crew with no upper limit on the level of carnage he can cause. You don’t mess with this bestest boy. 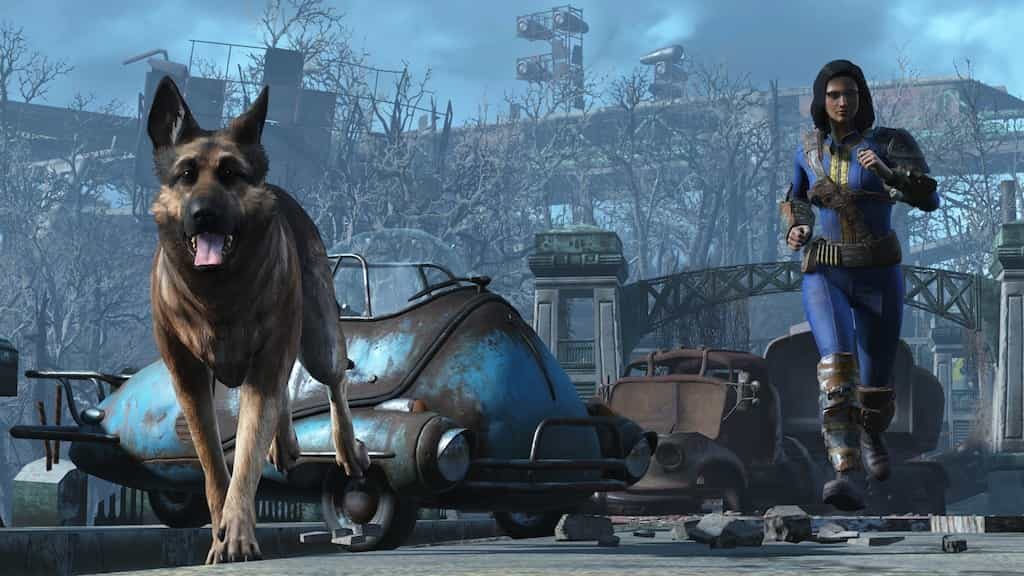 Originally inspired by the doggo that followed Mel Gibson’s Max Rockatansky around in Mad Max 2, Dogmeat appears most recently in Fallout 4 as an immortal German Shepherd – that’s right; Dogmeat cannot die, WHICH IS GREAT. 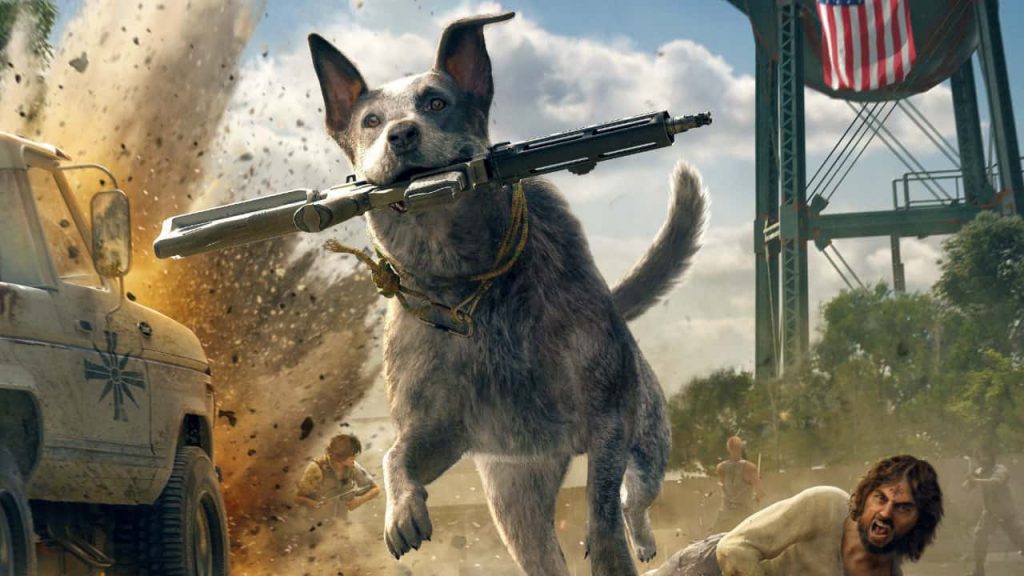 A stray dog that wandered Hope Country and generally having a lot of fun doing so, this good little chap was nabbed by the unsavoury Highwayman and whisked away to their butcher shop to be turned into a meal. That was a mistake.

Before Timber was locked away, he pretty much tore apart three of their of the number – proving that this Akita Inu was quite the challenge for his captors. 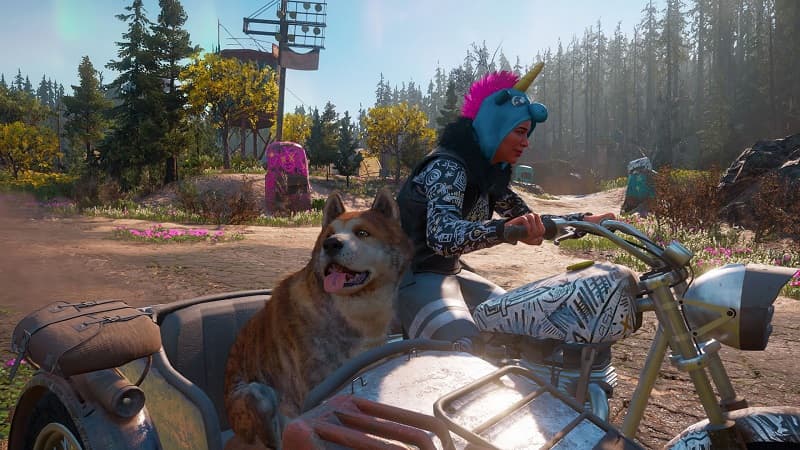 Once rescued, Timber becomes a resolute and deadly companion, one who lives for licks and tasty treats as much as he does for ripping bad guy throats and alerting his friends to danger. A true and proper Good Boy. 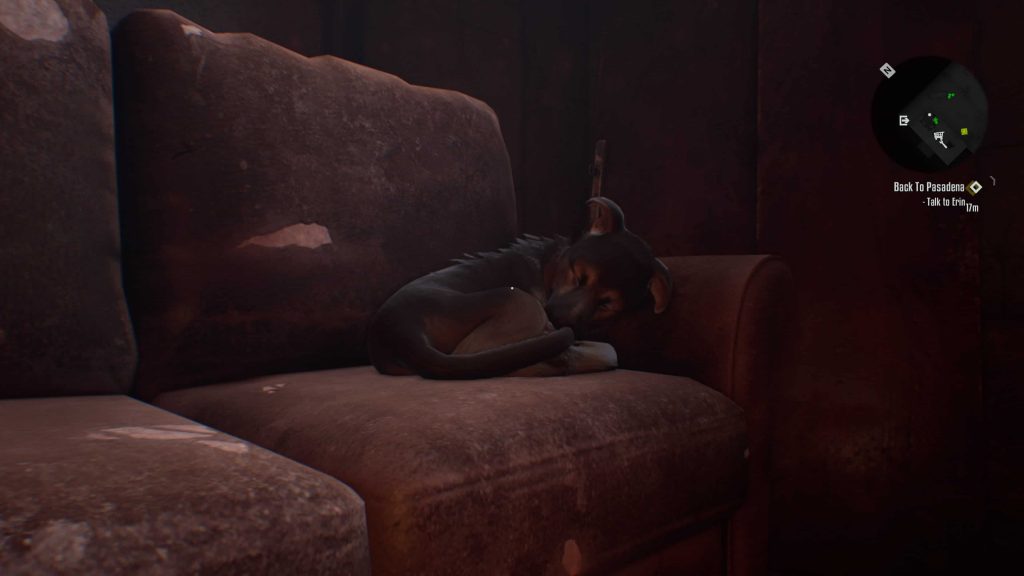 A true loyal friend to Abby Anderson and the WLF, Alice is basically a total hero. Look, not only has she racked up an impressive number of Infected and Seraphite kills, but she has also actually saved Abby from being chewed to pieces by a Clicker, too. 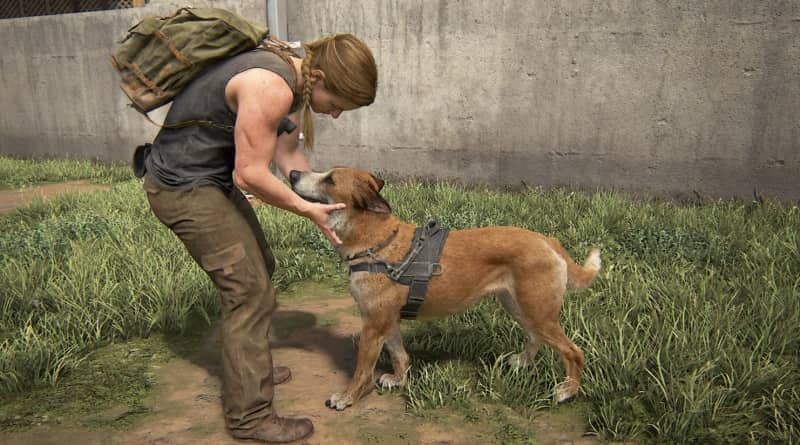 Throw in how she helped Lev to overcome their fear of dogs and her deep, seated love for squeaky toys and it soon becomes clear that Alice is a true role model that all video game dogs should aspire to be like.

Originally the not-so-beloved pet of the school headmaster who left her behind with the students when the zombie apocalypse swept across the land, Rosie’s muscular frame and fearsome mug initially meant that even the usually fearless Clementine thought twice about making her acquaintance. 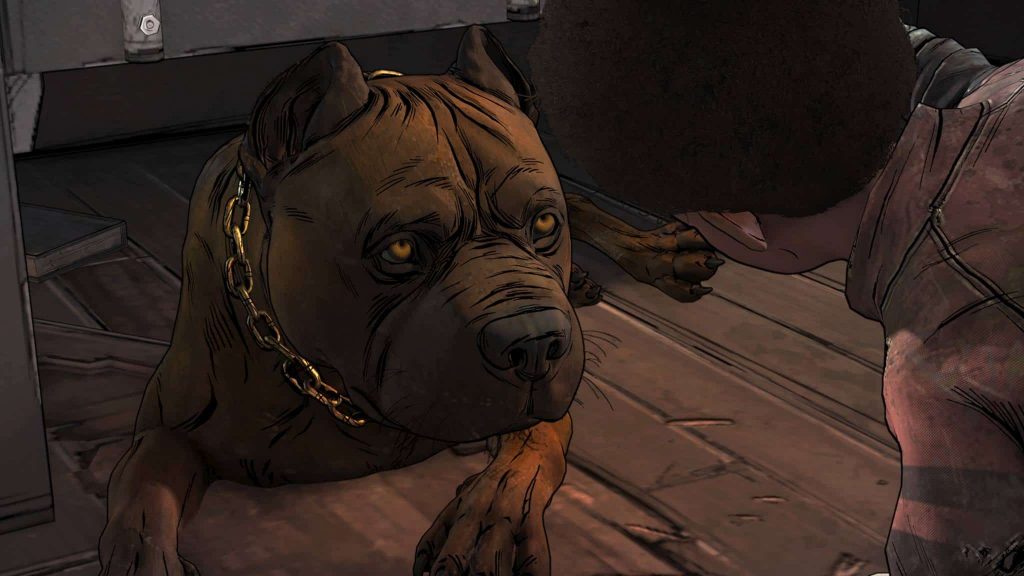 Soon becoming great friends, Rosie quickly becomes Clementine’s guardian, warding her against all kinds of danger (both living and (un)dead), while proving herself to be acutely aware of Clementine’s deteriorating mental condition and offering comfort whenever and wherever we can.

Strong, loyal, sensitive and powerful, there is perhaps no greater ally one could have in the zombie apocalypse than lovely old Rosie. 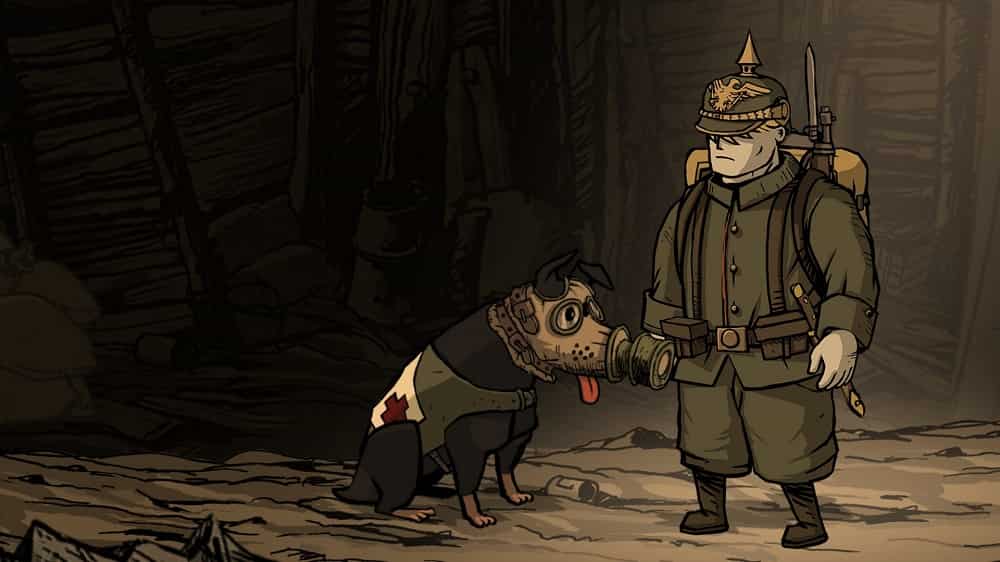 Who are your favorite doggos on PS4? Let us know your top hounds in the comments below!