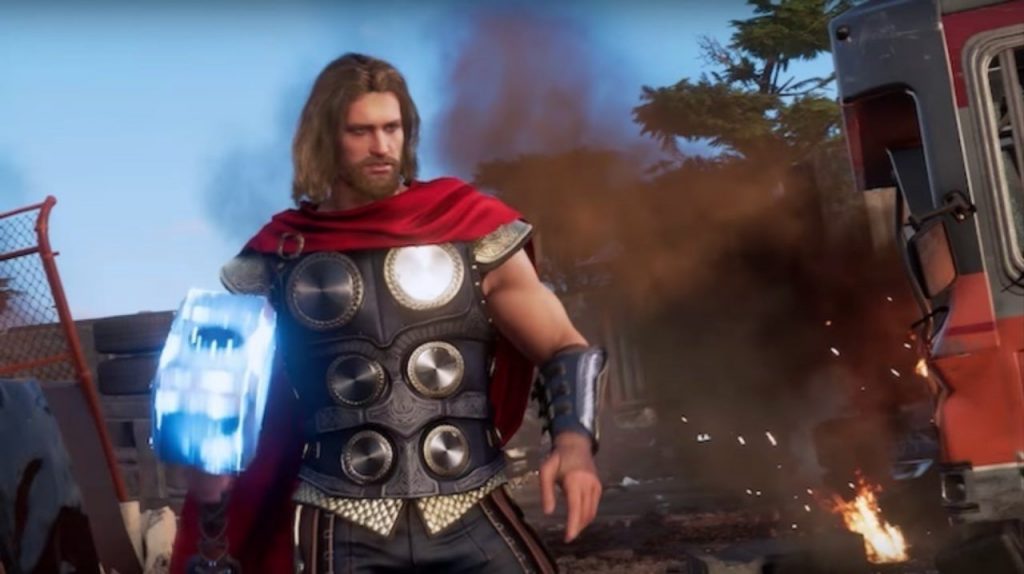 Crystal Dynamics is continuing its character profile videos for the upcoming Marvel’s Avengers, this time focussing on the God of Thunder himself, Thor. While he sadly doesn’t boast Chris Hemsworth’s chiselled looks, the muscular Asguardian packs one hell of a punch when it comes to his prowess on the battlefield.

“When it comes to pure destructive power, nobody on the battlefield is more equipped than The God of Thunder,” says Crystal Dynamics. Aside from his super-human strength, Thor wields his trademark hammer, Mjolnir, which allows players to mix things up between ground and air-based combat in seamless fashion.

Unsurprisingly, the hammer also ‘grants Thor the most powerful ranged attack in the game,’ as well as making him ideal for taking on huge crowds of enemies. One key feature wielded by Thor is Odinforce, as Vince Napoli explains below:

Odinforce allows Thor to stop attacking enemies in their tracks, channel destructive lightning into any of his attacks, and creative a powerful barrier of lightning that shields him from danger. Careful and measured use of the Odinforce is crucial for difficult fights, but knowing when to push the pedal to the floor can be just as important!

Thor exudes the force & chaos of lightning in combat, easily dispatching hordes of enemies. “When it comes to pure destructive power, nobody on the battlefield is more equipped than The God of Thunder,” says Vince Napoli, Lead Combat Designer at @CrystalDynamics. pic.twitter.com/MnE2vXDdKJ

Marvel’s Avengers is scheduled for release on PlayStation 4, PC, and Xbox One on May 15, 2020. If you missed the previous character trailers, then be sure to have a look at Black Widow, Iron Man, Hulk, and Captain America via the links.