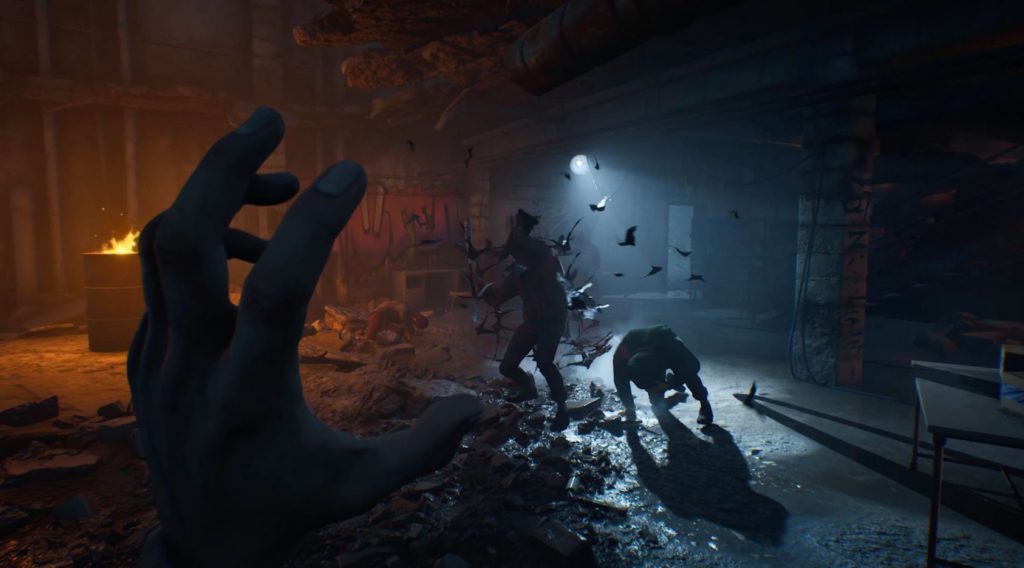 Almost 30 minutes of Vampire: The Masquerade – Bloodlines 2 Gamescom 2019 Gameplay has been released online for you to feast upon.

IGN has posted the gameplay, which showcases a lot from the upcoming Vampire RPG. We get a look at the different disciplines and clans of vampires. The dark and moody setting of Christmas-set Seattle really fits the game well and adds a lot of atmosphere to the title. This gameplay also gives us the first look at some of the combat mechanics, including slicing people up with melee attacks and blowing heads off with a shotgun.

Finally, the first half of the gameplay focuses heavily on the characters and the dialogue choice between them, displaying just how much of an RPG, Bloodline 2 is.

You can watch the gameplay below:

This is the second chunk of gameplay for the game after the first, which came at E3. The game was announced back at GDC 2019, with a viral marketing campaign spoofing the dating app Tinder. Their Vampire dating app was fittingly named Tender. The game still has a long way till launch but it is cementing itself as a must-have title, through its gorgeous presentation, vivid environments, and RPG depth.

This new gameplay debuted at Gamescom 2019. The Gamescom convention hosts almost every major publisher in the industry, including Sony Interactive Entertainment. The convention kicked off with Gamescom Opening Night Live a reveal show hosted by Geoff Keighley, the Creator of The Game Awards. You can rewatch the livestream here.