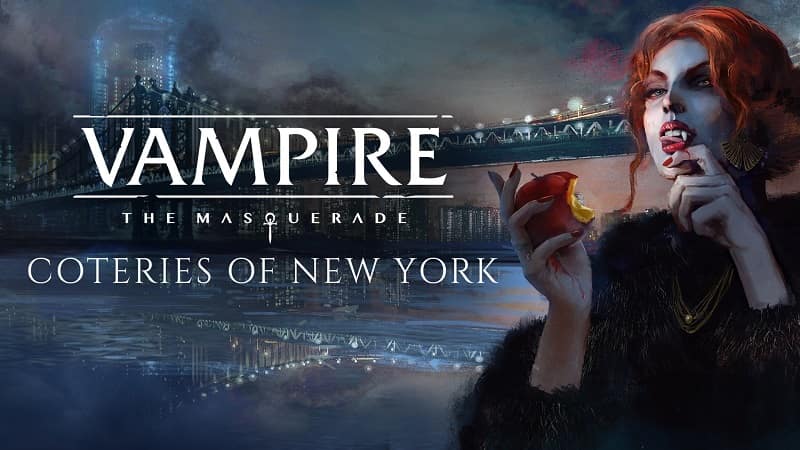 Developer Draw Distance has announced that Vampire: The Masquerade – Coteries of New York is now available for purchase on PS4. US PSN folks can catch the game here for $19.99, while UK folks can sink their teeth into it here for £18.99.

A visual novel set in the world of White Wolf’s Vampire: The Masquerade tabletop setting, Coteries of New York casts players as an unassuming human torn from their humdrum life into the world of the undead.

While you can expect to see our review shortly, you can catch the synopsis and launch trailer for Vampire: The Masquerade – Coteries of New York below:

– Choose one of three pre-defined characters and play as a Ventrue, Toreador or Brujah
– Each playable character offers a selection of powers (Disciplines), different ethical approaches to certain issues, and unique dialogue lines
– Character-oriented quests allow you to meet four unique NPCs: a Tremere sorcerer, a Nosferatu detective, a Gangrel of conflicted loyalties and a Malkavian multifoliate online personality with their own agendas. Win their hearts and minds and up to two of them will assist you in the finale
– Depending on your choice of the Clan you will be able to see the events from a distinct perspective. One playthrough is not enough to see all the game has to offer!

Vampire: The Masquerade – Coteries of New York is out now on PS4, Xbox One, PC and Nintendo Switch.