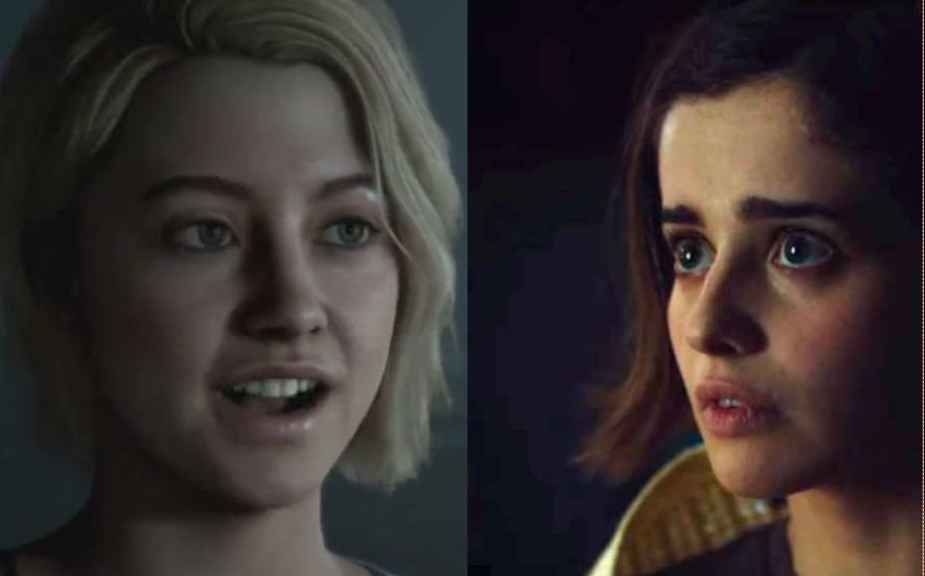 A recent surge in high profile cinematic adventure games has caused something of a logjam in my video game backlog. I am a total sucker for games of this style, having played through several half-seasons of Telltale Games, as well as Until Dawn – and its deformed offspring The Inpatient. On PC, I’ve seen several screenshots of Her Story, and last Christmas I yelled at my sixteen-year-old for several hours while he tried to navigate Netflix’ Bandersnatch.

I’ve concluded that my experience in the genre has surely qualified me to play both recent cinematic adventure titles (Erica and Man of Medan) back-to-back, so closely together that I get characters and situations confused in my memory. Having done that, I will now compare the two titles in several categories, doling out arbitrary winners in a cinematic showdown to the death.

Warning: Major Spoilers for Erica and Man of Medan will follow indiscriminately.

Category One: Story (And Use Of Hallucinogens)

Both Erica and Man of Medan have somewhat fluid stories, but they both share a similar “tentpole” style of storytelling. In both games, no matter what you do, certain stuff is gonna happen. In Man of Medan, you can try as hard as you want, but your gang of early-twenties dummies will always end up on that rusty-ass maze of a ship. And in Erica, even if you refuse to make any choices whatsoever, that dumb cop will eventually drag you to the Delphi House (even though it is possibly the most unsafe place on the planet for you to be).

So, while in both games you can try to keep everyone alive – or you can go all psycho and get stabby on your friends, there are certain story beats that are unavoidable.

Interestingly, both games rely heavily on hallucinogens to deliver freak-out moments to their characters. While Man of Medan relies on a ship full of WWII-era weaponized aerosol LSD to cause its victims to go berserk, Erica goes a more natural route, with flower petals ground up into a medication that can be injected (or drunk from a wine-bottle, or kinda ingested by proximity).

This use of drugs-as-a-story device plays far better in Erica, as the game takes place in a sort of asylum for ladies. The medication angle seems more at home in the setting. When it was revealed in Man of Medan that all of the ghosties were simply drug-induced hallucinations, my son (whom I was playing online with) groaned out loud and launched into an angry tirade that involved the words “cheap” and “rip-off”. I couldn’t help but agree.

Both Erica and Man of Medan feature a variety of characters that come and go from the game depending on how you play it. And both games feature fairly strong, well-developed dialogue.

But with the exception of Tobi, the foul-mouthed Delphi House inmate, most characters in Erica only speak to move the story along. Erica is a fairly short game, and there is not a lot of time for characters to stop and smell the oleander (or to chat about it).

Man of Medan, on the other hand, has characters chatting about anything that comes into their peripheral vision. They natter on about objects they find on the floor, discuss their relationship problems, pass judgement on each other’s drinking habits, and even engage in ill-advised marriage proposals (Don’t do it, Alex! She’s awful!). Plus, Man of Medan has that dope Crypt-keeper guy, and everything he says is pure gold.

Because of their endless chatter, the characters in Man of Medan feel more real and multi-dimensional. And while the scenarios in both games are wildly unrealistic, Man of Medan feels more grounded due to its well-written dialogue.

Uh-oh. You know where this one is going.

Look, making video games is difficult. You know it, I know it, the President has probably tweeted about it. So please take anything I’m about to say with a good-natured grain of salt.

Man of Medan is so janky, it made the buttons in my DualShock 4 sticky. It has been quite some time since I’ve played a game as janky as this. When I have to wander back and forth four or five times in front of an object I want to pick up just to get the button-prompt to pop up, we have a damn problem. And when I fail quick-time events, causing my characters to get killed even though I know I pressed the correct button in time, the levels of jank seem simply breathtaking.

Erica on the other hand, is amazingly un-janky. Shockingly smooth, even. All load times are hidden behind the screens on which you make your choices, so after you choose, the next scene just…plays. With a simplified control scheme, delightful object interactions, and no quick-time events to be found, Erica hums along like a Tesla, while Man of Medan spits and stutters like a Geo with no muffler (I know. I used to have a Geo with no muffler, and it was just like Man of Medan).

Winner (by miles and miles): Erica

Erica is a nice little psychological suspense game, but let’s face it. Nothing about Erica is spooky. While there are a few moments of bloody murder and dismemberment, they are not terribly surprising, and most characters react to sudden acts of violence by blinking absently at the murder victims. The scariest thing in Erica is a suddenly ringing phone, which just isn’t that shocking.

Man of Medan, however, doesn’t hesitate to be spooky as hell. While it takes a while to get to the ghost-ship that isn’t really a ghost-ship (rip-off!), once your gang of skreds is all aboard, the scares come fast and furious. Heads roll, pin-up girls mutate into shrieking wraiths, and rats appear in lockers (which is terrifying, if you are afraid of rats in lockers).

Regardless of his problems with Man of Medan’s plot, my son still moaned “Nooooo….” into the mic on several occasions, which he typically only does when he is all freaked out (like that time he had a leech on his leg. We don’t talk about it in the family, but I’m sure he’s cool with me writing about it online).

Erica is ninety minutes long. Man of Medan takes three or four hours, two of which are spent wandering around samey-looking ship corridors. You do the math.

Conclusion: Honestly, both of these games bring plenty to the table, and despite my teasing I greatly enjoyed my time with both of them. For all their similarities, Erica and Man of Medan are very different games, trying to accomplish different things. Man of Medan is much more a traditional “video game”, whereas Erica plays almost like a well-made indie film. Both are fine games, and well worth your time.

In this case, with its lower price point and extremely intuitive interface, Erica is the winner. While Man of Medan feels like a new installment in a beloved franchise, Erica feels like it is doing something fresh and new, finally bursting through a filmy barrier that many have attempted to breach before. In many ways, Erica feels like the sort of breakthrough that Until Dawn felt like in 2015.

The good news is that adventure game fans have a onslaught of new content to play through, and that makes everyone a winner.