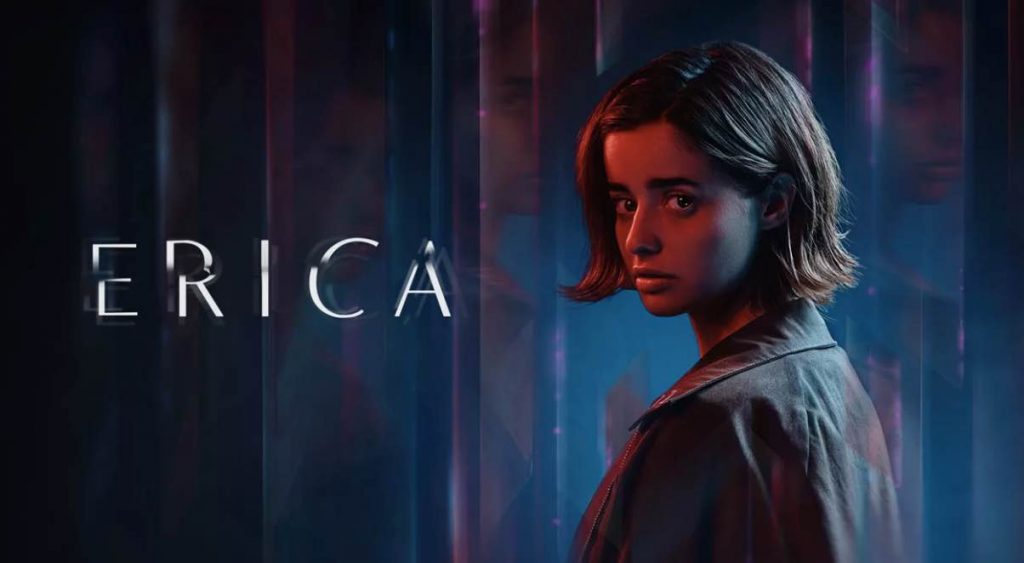 Available for free as part of the July 2020 PlayStation Plus line up – Certainly on the face of it, Erica looks like the sort of FMV styled affair that the likes of Wales Interactive (The Bunker, Late Shift) seemingly pride themselves on, and that assessment is certainly not without merit as Erica embraces the interactive story format that has been pioneered by both the aforementioned Welsh developer and other PlayLink titles such as Hidden Agenda.

A story of familial loss and occultist goings on, Erica casts players as the titular protagonist who after enduring a terrible loss early in her life must attempt to piece her life back together when dark forces begin to encroach on her life. It helps of course that the whole affair is ably anchored by the superb Holly Earl, who manages to inflect a vulnerable, bashful a wide doe-eyed performance upon the main protagonist of Erica that changes into something altogether different as events in the game progress, marking her as an acting talent to keep an eye on in the future for sure.

Other actors are seemingly less accomplished in their roles, but the sheer sense of foreboding that the narrative succeeds in weaving, together with some wonderfully judged plot twists and turns all add up to create a story that is surprisingly engaging and engrossing. Further ensconcing the atmosphere of the whole experience is the beautifully melancholic and suspenseful soundtrack composed by the talented Austin Wintory (The Banner Saga), which ably compounds the fear and trepidation that story brings in spades.

Related Content – How To Set Up Erica PS4 App

Where Erica differentiates itself from other PlayLink efforts is in how it encourages the player to interact with elements in the environment through gesture control, with a gentler hue of silver light illustrating to the player the direction that they should brush their finger across the DualShock 4’s trackpad, or through the use of the Erica app on Android and iOS smartphone devices.

The extent of these interactions is pleasingly varied too, ranging from something actions such as starting up a vinyl turntable, turning on a tap or thumbing through a book, to focusing on an item or area in the environment in order to conjure up memories from the past. It might seem like a superficial flourish, but being able to interact this way brings Erica much closer to a more fuller interactive adventure than previous PlayLink titles have been able to accomplish.

Much like other interactive adventure titles, Erica offers a fair amount of longevity stemming from its multiple choice and non-linear storytelling, allowing players to trigger story events through their choices and thus encouraging subsequent playthroughs. This is a good thing indeed, not least because Erica can be ‘beaten’ on a single playthrough ranging from between 90 minutes and two hours of play (a fact that is arguably reflected in its budget price point of $9.99/£8.99).

It’s also worth mentioning that Erica is not a multiplayer affair as other PlayLink titles frequently appear to be – instead, this is very much a solo affair that is designed to be experienced by a single player. However, one drawback is that for mobile users, as of right now, the Erica app is only available on the iOS App Store, so if you have an Android device (as many of you will), you won’t be able to play Erica using that device. Here’s hoping that the app lands on the Google Play store sooner rather than later.

Though Erica ultimately isn’t massively different from other recent FMV adventures, the ability to interact with elements in the environment, coupled with the well judged occultist storytelling beats and sterling performance by leading lady Holly Earl, all add up to create an effort that stands as a fine interactive adventure and certainly one of the best PlayLink games money can buy.

If you want to lose yourself in a bite-sized, dark mystery steeped with non-linear story choices and intimate interactivity, you can’t go far wrong with Erica.

Published by SIE and developed by FlavourWorks, Erica is out now on PS4.