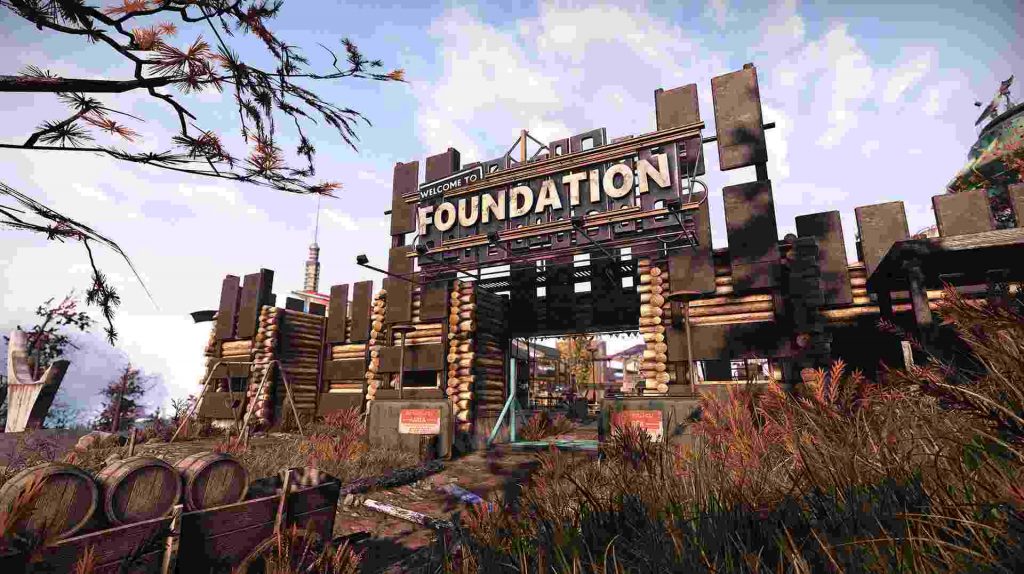 Fallout 76 has been an interesting ride. What started off as a deluge of vague statements and gameplay features, has become one of the most horrific examples of a rushed Triple-A game and a valuable lesson for Bethesda Games Studios. But, this week the game got its first batch of meaningful gameplay content in a long time.

Wastelanders sees Bethesda backpedal on its “No NPCs” comment from 2018 and add in not only NPCs, but full questlines, settlements, companions, and even a faction system. The game, which started off as a very different kind of a Fallout now looks remarkably similar to 2015’s Fallout 4, bar the human players and announcements that someone has fired a nuke every other hour.

And that new content is surprisingly enjoyable and well crafted. What were once barren corners of the wasteland have been filled with people to talk to, learn about, and trade with. From The Wayward, the very first location one of the new quests sends you to, all the way up until you are given choices to invade enemy camps or barter with them and try to gain their favor. Fallout 76 is now a proper RPG, with meat on its bones.

The vitality and spirit the game has in present-day was unthinkable back at launch. You want to go and explore, find people, discover the stories out there in the wasteland. The base game’s content (which is still fully playable) now sticks out like a sore thumb and there isn’t much of a reason to complete it, because why would I listen to endless audiotapes when I could go and interact with people? 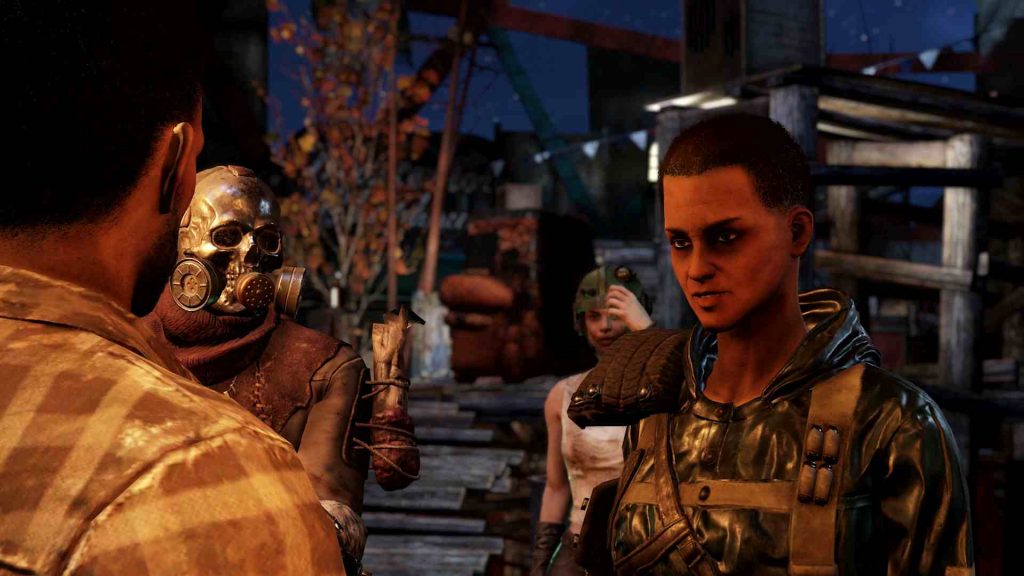 But, whilst all this new content is all well and good. Fallout 76 may now be an actual game, but that doesn’t mean it is a quality one. And, on console it never will be.

This is because on console the foundations of Fallout 76 are so fundamentally broken and flimsy that it will never be a fun and enjoyable game because so much stands in the way: the game’s performance, the lack of quality of life features, the UI, the combat. All of this is still nowhere near the level it should be for a game made by a company the size and scale of Bethesda.

The Fallout franchise under Bethesda has long had an ugly brown filter to its world, but in Fallout 76 the lack of color and vibrancy stands out, with its muted green grass and burnt reds that are about as appealing as burnt toast. There is a sheen to everything that makes the world look dirty and unappealing.

Combine that with the game’s shockingly poor performance on PS4 and the lackluster graphics stand out even more. On a base PS4, it is hard to believe that the game is running at 30 FPS, with the game sometimes feeling like a flipbook, especially when fighting large crowds of monsters or running through dense forests. On top of that, Fallout 76 occasionally freezes for a second or two, giving me a momentary thought of “Did it crash?” before this barely running engine kicks back into gear.

I haven’t even mentioned bugs yet, but I thought I would let some videos do the talking because its hard to believe this game released eighteen months ago.

Wastelanders Bug: sitting in the table

On top of these bugs, there have been reports on the Fallout 76 Reddit that a fast travel bug still exists and has existed for months, alongside a rad shower not clearing rads but giving it to the person. I have also had an issue where holding X to eat an item or equip it doesn’t work, forcing me to go into the abhorrent menus (more on that in a bit).

Combat is as clunky as it was in Fallout 4 and is exacerbated by the performance issues and a lot of lag, such as a melee attack hitting you even though you are a meter or two away from the enemy.

Then, topping it all off is a user interface that feels it was designed 20 years ago. The game’s many menus don’t use a consistent form of navigating them, so it feels like you are consistently having to wrestle with the controller to remember which button took you to your inventory of Holotypes or where your magazines are stored after you picked one up.

On top of that, the game has doesn’t tell you which notes you have read or holotapes you have listened to, so you are left to either write them down or guess. Elsewhere, armor information, stat bonuses, weapon upgrades all offer very little information about what they actually do or what certain symbols mean. 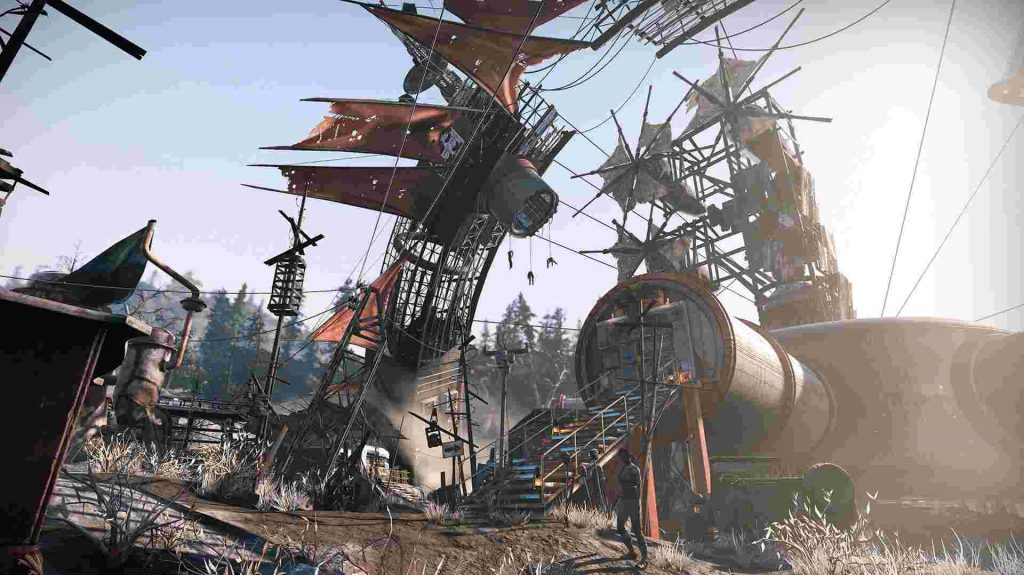 Fallout 76 feels like a game where you are expected to do all the heavy lifting and Google searches for guides and all of these problems make the game feel lethargic and draining to play. It is like being asked to hike up Mount Everest whilst pulling a sledge filled with all the pieces of furniture from your house, all the while you are malnourished, dehydrated, and hungover at the same time.

And that is the problem with Fallout 76. The game can never reach its potential because the parts that hold it up are woefully broken, ineffective, or just plain bad. Bethesda could add the entirety of Fallout 3, New Vegas, and Fallout 4’s maps and story into this game for people to explore and play, but it wouldn’t be worth doing so, because you would have to deal with all the bugs, performance hiccups, painful combat, and frustrating design decisions along the way.

Sure, with the PS5 around the corner, performance could become less of an issue if Bethesda decides to stick with the game, but I think they would rather have the focus be on Starfield. Simply, so many of the problems here are endemic to Fallout 76 as a whole, that a new generation won’t rescue it. If Bethesda really wanted to, they can create a multiplayer world worth exploring. Hell, Fallout 76’s world is intriguing, but you have to battle so much bullshit and wrestle with so many problems along the way that all that intrigue is lost in the dust of a nuclear explosion.