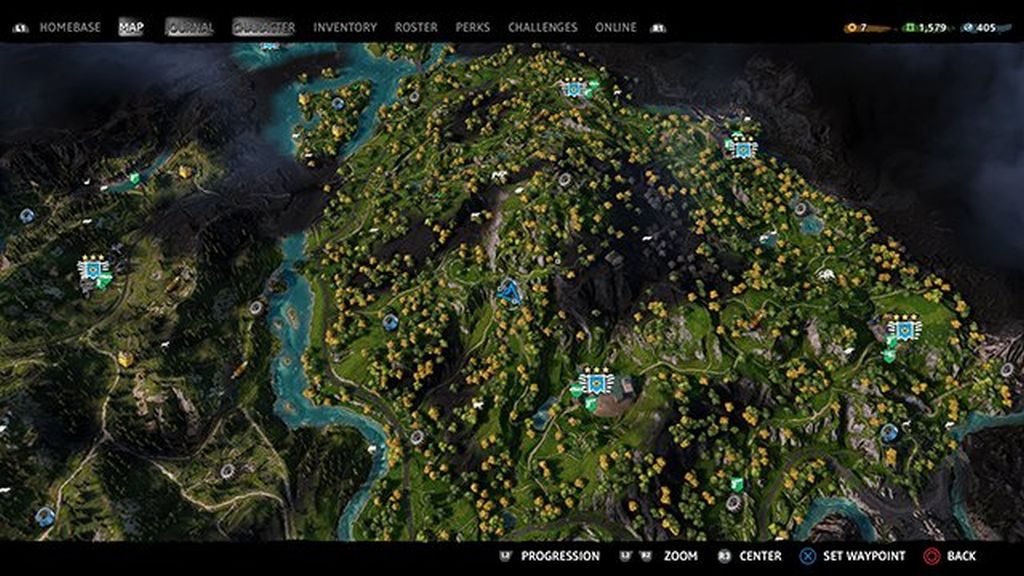 Far Cry New Dawn arrived in stores last week, and I quickly fell in love with the game’s fun and accessible gameplay. Far Cry’s mix of serious storytelling and goofball tone is back in full force in New Dawn. I’ve been loving playing all of the side content after beating the game the first time.

It’s been a while since I played a Far Cry game. I reported on Far Cry 5 extensively, but never got the chance to play it. When you work in gaming journalism, you end up playing a lot of games that you wouldn’t necessarily choose for yourself. This results in your skipping a bunch of games that you really want to play. As a result, I was delighted when I was selected by PSU to review New Dawn.

It is hopefully clear from my review that I really enjoyed Far Cry New Dawn for its story, detailed world, and high level of polish. But what I didn’t mention was how much I appreciate the size and scope of New Dawn’s open world. Not because the open world is sprawling and huge. Quite the opposite, actually.

Rather than cram tons and tons of destination points all over New Dawn’s highly detailed map, Ubisoft kept things under control, with destinations spread around evenly, but not too close together. There is a limited number of each type of destination, so the player never feels overwhelmed. As a result, New Dawn offers the first open world I’ve encountered in quite some time that actually feels like I can “finish” it. I love that Ubisoft put a reasonable cap on everything in the game. At all times, players know exactly where they stand.

There are eight Guns and Fangs to discover and recruit. Ten Outposts dot the landscape, and they are all revealed on the map as you move through the game. There is a limited number of Expeditions and Treasure Hunts. The entirety of New Dawn’s crafting options are revealed immediately, and the amount of resources required for each is clearly stated. All of these activities and systems interlock in ways that quickly become obvious to the player.

It is further possible to unlock the map to the point where all of these activities and destinations are clearly displayed, allowing players to sweep though quests and Outposts at will. For an old guy like me with a ton of real-life obligations, this layout is amazing.

I know that there has been a lot of talk in the gaming community lately about turning off the mini-map and eliminating waypoints that guide players through a game’s content. Some players would rather wander freely, discovering the world on their own.

Not me. I don’t have a ton of time to play. So, I want to know what I have left to do, damn it. Far Cry New Dawn offers me a veritable checklist of tasks that I can complete and cross off my list. Thankfully, the list is a reasonable length. I love it.

With Far Cry New Dawn, I feel like not only can I beat an open-world game, but for once I can actually do everything. By everything, I mean everything. I am catching every fish species, hunting down all of the mutated animals, building every weapon, beating all Outposts and Expeditions on every difficulty, hunting down every treasure, finding every photo and music player.

Further, I’m going to be done with all of these activities this week. I can finish this game!

As a game reviewer, I often have a limited amount of time to finish a game. Deadlines loom, and this dynamic often allows just enough time to plow through the story at a break-neck pace, completing several of each activity in order to have a good feel for them before regrettably being forced to move on. Depending on the time allotted, it’s often a mad dash to the end credits, and then you start typing.

I’m in no way complaining. Writing about video games is a privilege, and one that I am very lucky to have been granted. But I am saying that in an era where game developers try to pack more and more stuff into games to give consumers more bang for their buck, having a complete-feeling game with a reasonable amount of side-content is a welcome relief.

It is rare that I am able to actually take the time to finish a game’s side activities. Typically, I finish one game, and then move immediately on to the next one. My library is littered with games that show 70% trophy completion. But with New Dawn I could see exactly how much stuff I had left. So I was able to carve out enough time to complete everything. The feeling is similar to having a nice long drink of water after walking across a desert.

The tightness and focus of Far Cry New Dawn are absolutely welcome. The game is still big, complex, and sprawling enough to feel completely satisfying, but its scope is contained enough that players can reasonably complete every activity and not have to commit weeks or months to the game in order to see everything. Sometimes, smaller is better.

Even before my time as a games journalist, I accrued a massive pile of shame. The stack of games that I have started and never fully finished heavily outweighs the few games that I have actually competed to my own satisfaction. I’m a sucker for the next big thing, and am easily seduced away from games, no matter how much I’m enjoying them.

There are so many games that I have technically beaten, but have never been able to “finish”. Horizon Zero Dawn, all of the Assassin’s Creed games, Mafia III, GTA V, half-a-million RPGs. Hell, I completely skipped Red Dead II because I knew that even attempting it was a lost cause.

The fact that Far Cry New Dawn is not going to be added to that list is cause for personal celebration, even if it only matters to me and my backlog.