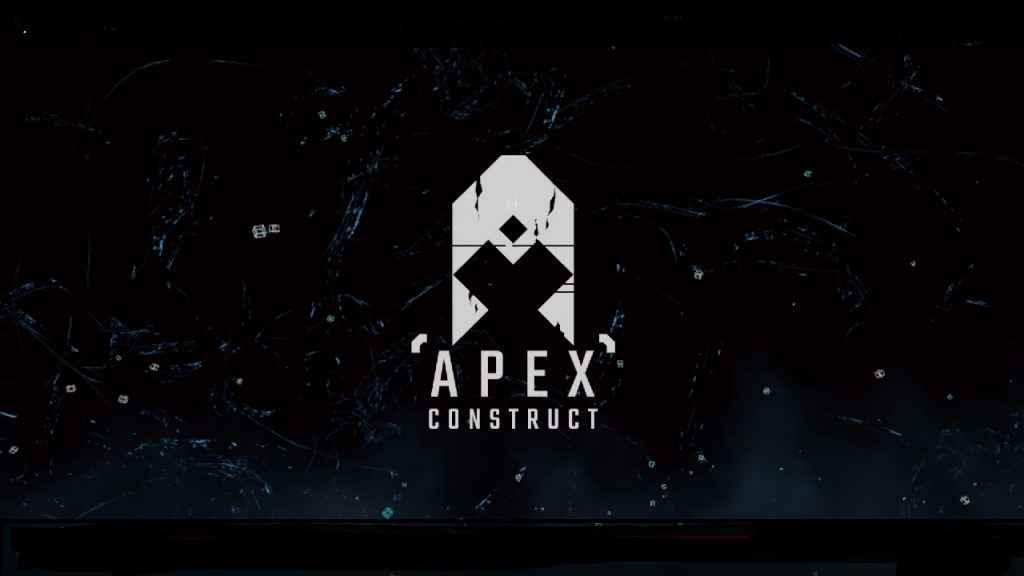 Fast Travel Games have got something rather neat on their hands with Apex Construct, its debut PSVR effort. As seemingly the last surviving human after an army of machines subjugate the planet, you are tasked with discovering the cause of humanity’s downfall in addition to trying to break the cycle of domination that those same robots have enjoyed for years. How the player actually achieves this however, is by indulging in a mixture of first-person platforming, shooting and puzzle solving that all meshes together in an enjoyable and highly satisfying way.

In the case of the puzzle solving side of its equation, Apex Construct acquits itself extraordinarily well to say the least. Puzzles are, for the most part, solved by uncovering clues in the environment and then using them to proceed. A computer terminal might, for example, require a four digit passcode in order to be operated so that a door can be opened, while the passcode in question might be extrapolated from a year date that you’ve discovered in a document a little while prior. Beyond such interactions, conundrums encountered later in the game present themselves much more cleverly and clandestinely by comparison also; forcing the player to really examine every nook and cranny of the environment and even return to earlier areas in order to solve a puzzle that can’t be immediately addressed on first encounter.

Speaking of which, the interesting puzzles and methods for solving them that Apex Construct prescribes also serves to neatly dovetail into its deceptive Metroidvania structure too, as you’ll very often encounter puzzles and tasks that you can’t overcome simply because you lack the necessary tools to do so. As such, the feeling of satisfaction that you get from gaining new abilities, venturing back to a previous location and using those newfound powers to open up a previously inaccessible area, proves to be quite the sensation indeed and serves to provide ample incentive to progress through the game and unlock these new abilities and items in the first place.

When you’re not hacking terminals and solving puzzles, you’ll be spending a fair chunk of time in Apex Construct using your bow to deal with the hostile machines that have been designed to hunt you down and blast you into pieces, with each kill granting you a currency that can be used to pay for additional health and other such upgrades to your abilities. Naturally as one might expect then, it’s here that the Apex Construct reveals its combat system and in doing so exposes its execution as somewhat of a double-edged sword.

Controlled with a pair of PlayStation Move controllers, Apex Construct allows players to handle the aforementioned bow in a realistic seeming way – you hold the bow with one hand and notch the arrow with the other before aiming and releasing. So far, so good and mild flippancy aside, Apex Construct does a grand job of actually convincing you that you’re both handling and firing a bow – so plus points there. Additionally, grenades and mines can also be employed to destroy your foes too, though for the most part the majority of the combat you’ll get stuck into within Apex Construct is done so at the business end of your trusty bow.

Where things get a little unstuck is when you find yourself dealing with multiple enemies at once. You see, when you’re busy aiming your bow at your mechanical enemies, you still have to be able to defend yourself against their attacks and really, the only two ways to do this are to either evade their incoming shots completely, or, deploy the handy shield attached to your bow to block the attack altogether. Ultimately the problem here is one borne out of Apex Construct forcing the player to use the sub-optimal solution of movement through the PlayStation Move controls, because trying to evade and constantly keep yourself moving into a situation where you are able to either return fire or use the shield effectively, proves to be quite the difficult task indeed given the fiddly nature of using such controllers for fast paced combat scenarios.

Along those same lines, the simple act of turning can be an issue too as you need to hold down the triangle button and flick the Move controller in the direction you wish to turn. The problem here, is that same triangle button which makes you rotate also makes you flip around in a 180 degree turn; meaning that more often than not you don’t turn in the right amount that you require and so this can add to the frustration as a result. Like most PSVR titles Apex Construct allows players to toggle between teleportation movement, or full locomotion including direct movement with smooth turning. The issue is that, unless your stomach has been properly conditioned, the latter is hardly desirable in place of the former even in spite of its aforementioned issues.

Any critique of Apex Construct wouldn’t be complete without mentioning its visual presentation. Despite the fact that Apex Construct envisions a post-apocalyptic scenario where machines have ascended to a position of absolute dominance, the visual veneer of Apex Construct is nonetheless one which is defined by color, vibrancy and rich detail. With wrecked rural areas that find themselves pockmarked by crashed vehicles, twisted buildings that appear to have been pulled back into themselves and winding canyons and waterfalls that have been formed out of the destruction wrought by the machines, Apex Construct is one of the most unconventionally attractive PSVR games to come along in a good while.

Finally, the narrative which is threaded through Apex Construct is also worthy of praise. Rather than merely putting the player on one predictable side in the battle between man and machine, Apex Construct makes things a little more complicated by introducing Mothr and Fathr; (those aren’t typos) a pair of opposing AIs whereupon the former is hellbent on ending your life, while the latter is determined to save it. In addition to having these two AIs communicate to the player directly (Fathr sounds just like James Spader’s Ultron in the last Marvel Avengers movie), there are various diaries, files and more strewn around the world of Apex Construct to push the narrative along, the end result being a story which is both surprising and well-written to say the least.

Additionally, if you’ve got a PSVR you should really be checking out our best PSVR games article, if you haven’t already!

Though not without its faults, Apex Construct offers up an attractive, cleverly constructed and well crafted marriage of action and puzzle solving elements that demands your attention.