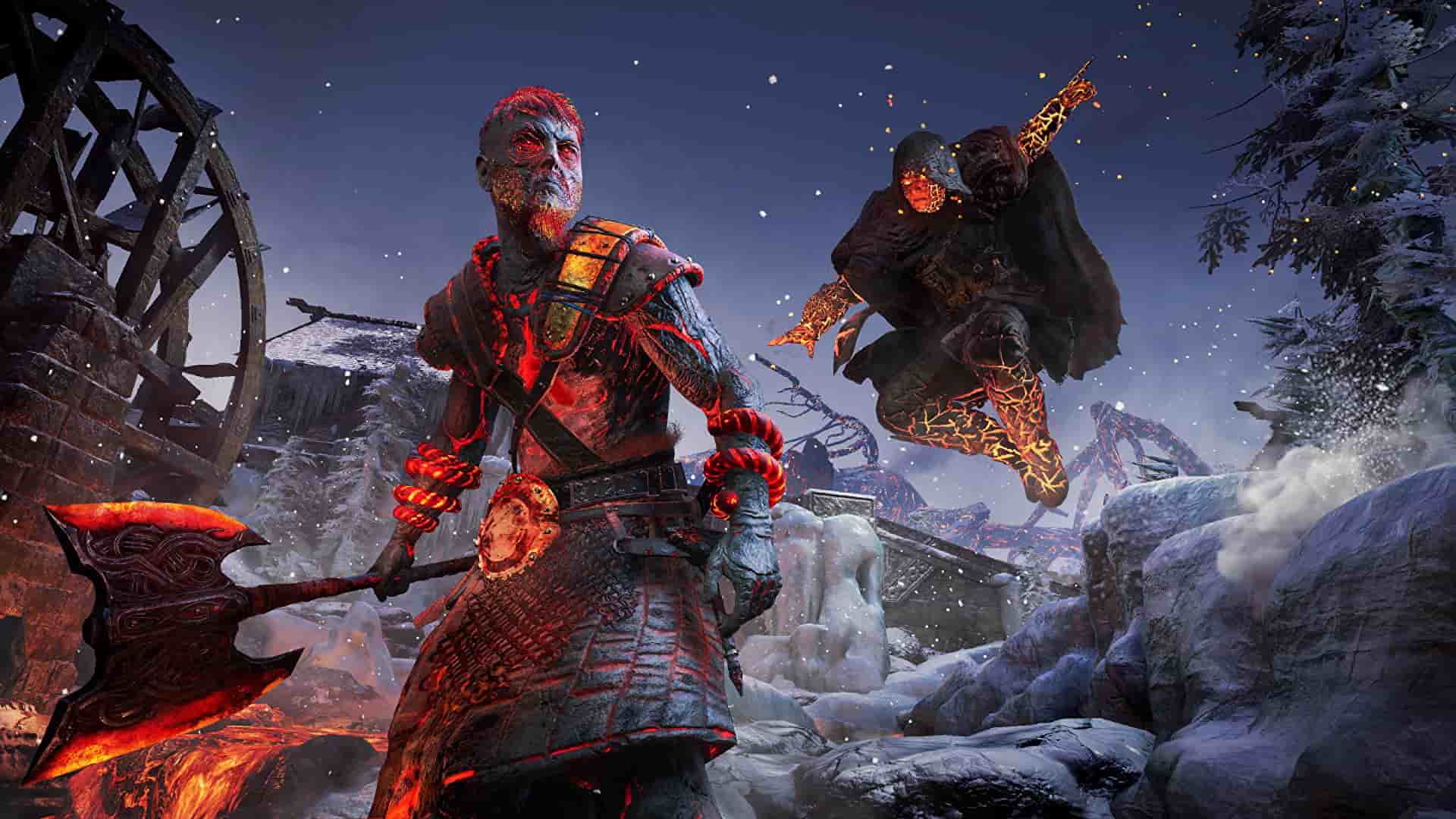 Assassin’s Creed Valhalla – Dawn of Ragnarok PS5 Review – While you can’t really say that the Assassin’s Creed games were ‘realistic,’ the earlier outings in particular at least had their feet planted firmly in actual history, whether be the architectural grandeur of the Italian Renaissance or the sun-soaked islands of the Caribbean during the Golden Age of Piracy.

These historical settings and its characters were a tapestry, if you like; a way for which Ubisoft could weave its own unique narrative on and build a convincing world packed with things to see and do. Yes, there were magical artefacts from a long-lost civilisation and jumping into haystacks from 300 feet, but you could appreciate they had a more grounded approach.

However, recent years has seen Ubisoft embrace the more fantastical and mythological trappings of those time periods. The ancient Greece backdrop of Assassin’s Creed Odyssey saw us battling the Minotaur and even visiting Atlantas, for example, while Assassin’s Creed Origins pitted us against Egyptian gods.

With Dawn of Ragnarok, Ubisoft takes another bold step into the realms of fantasy, as players step into the boots of Odin himself, the All-Father. I won’t spoil anything for those who may have not completed Valhalla’s main campaign, so if you’re wondering what’s going on, I’ll leave that for you to discover for yourselves.

Dawn of Ragnarok takes place in Svartalfheim, home of the Dwarves, which has been besieged by the the forces of Muspelheim and Jotunheim. Odin’s here as his son, Baldur, has been taken prisoner by Surtr, a legendary being of Norse mythology who is instrumental in bringing about Ragnarok. 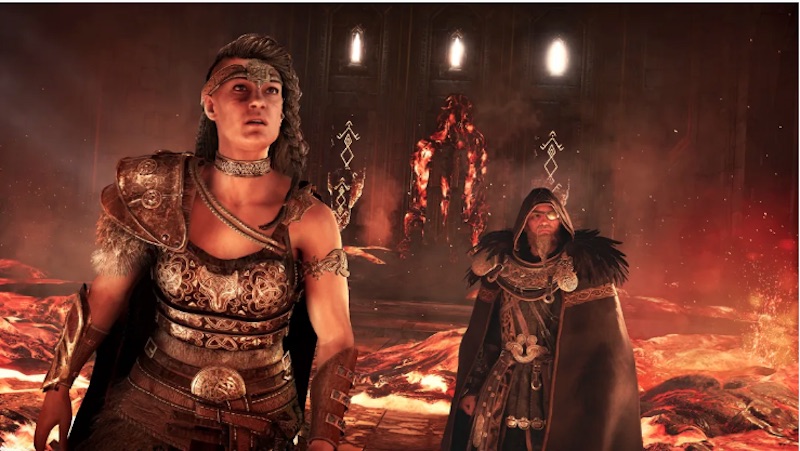 Right away, Dawn of Ragnarok shines in his depiction of Dwarvern culture. The realm is bristling with detail, from lush green fields and forests, scorching lava pits, streets pathed with gold, to levitating mountain-like structures that dominate the skylines.

The juxtaposition of the Dwarves’ sprawling architecture and beautiful countryside and the Muspel’s growing influence is striking to say the least, and makes for an interesting mix compared to the relatively demur English countryside. It’s pure fantasy eye candy, and it stands out as its own unique setting.

The realm itself is pretty vast, although naturally isn’t anywhere near as big as England. It’s probably somewhere along the lines of the Norway setting, but much denser in terms of population. Dotted throughout are Shelters, which are key locations where Odin can visit Blacksmiths, pick up side quests, shop for key items, and just have a natter with the local population.

Speaking of Blacksmiths, this ties in with one of the key areas of Dawn of Ragnoark: the Hugr-Rip. This is basically a bracelet of magical properties that allows Odin to absorb the powers of his fallen adversaries, and is by far the biggest addition to this expansion.

While not a game changer by any means, the Hugr-Rip adds a new wrinkle to the bread-and-butter combat and navigation that you’ll be used to by now. For example, the Power of Muspelheim allows Odin to traverse lava-filled sections of the map and sneak by Muspels as if the All-Father was one of their own. 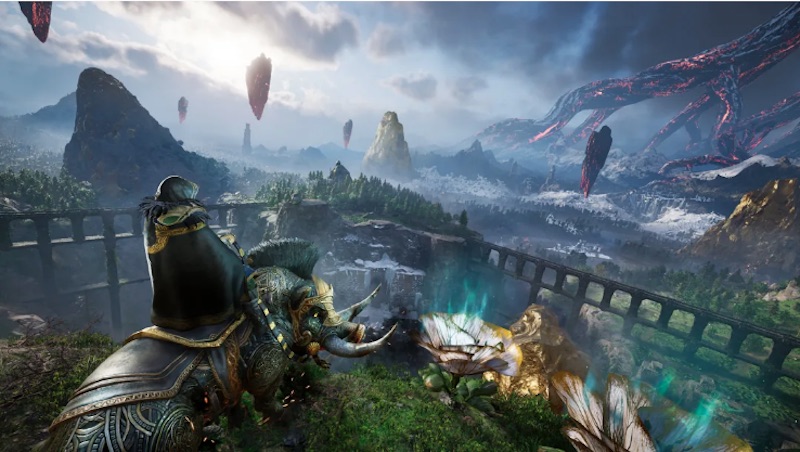 This is used in conjunction with a few puzzles, as you won’t be able to traverse the lava without this specific power. It also serves a purpose in some boss fights, as it proves crucial when you need to venture into otherwise lethal ground to chase down your opponent.

Other powers allow you to resurrect dead adversaries to aid you in combat, or my personal favourite, the ability to transform into a Raven to scale terrain easily and even strike from above. These are all welcome additions, and adds a new dimension to the existing mechanics, as you’ll need to chop and change abilities depending on the situation.

Meanwhile, the Hugr-Rip can also be upgraded by obtaining Silica Inciters in Raids with your crew, although unlike the monasteries of the main game, you’ll be looting underground caverns.

Annoyingly however, you can only equip two powers at any one time; if you want to switch, you’ll have to find the appropriate foe, hit R3, and absorb it again. This isn’t a deal breaker, but definitely disrupts the ebb and flow of combat and exploration; a small concession would have been to store powers you aren’t using, or at least have another slot handy.

The Dwarves A Highlight In An Otherwise Familiar Adventure

Beyond the Hugr-Rip, it’s business as usual as far as the core loop goes. You’ll be spending your time looting, scrapping, and travelling from one place to the next on various errands, although for an expansion, it’s pretty meaty, even if the 30 hour playtime boasted by Ubisoft is a bit generous.

One thing I’d like to point out is that the Dwarves themselves are pretty solid in terms of design. They have their own distinct culture and colloquial banter (like a cross between Gimli in Peter Jackson’s The Lord of the Rings trilogy and cheeky chappie akin to Danny Dyer), and the witty dialogue keeps things light-hearted while never underselling the severity of Odin’s mission. 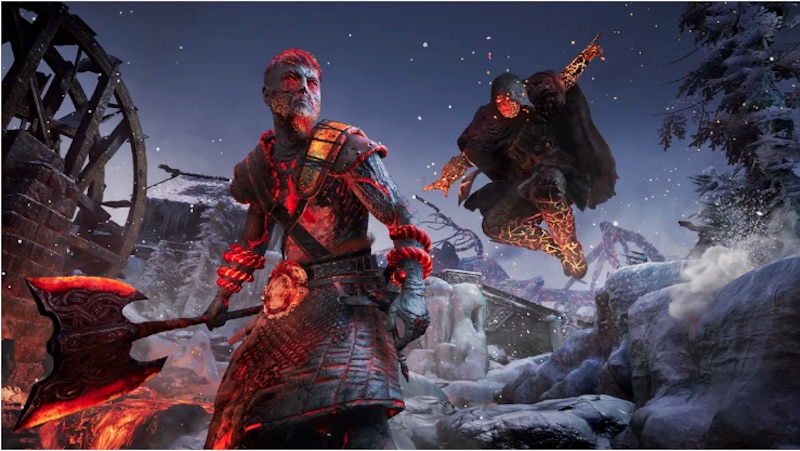 The Muspels themselves are pretty decent adversaries, and offer a nice distraction from cutting a bloody swath through legions of English grunts. Some can resurrect fallen comrades, others run at you and explode in a ball of lava, and then there’s massive hulking blokes that barely flinch when attacked.

Atgeir, meanwhile is Odin’s fancy new bladed weapon to wield in combat, which possesses huge range and can be upgraded to Divine Quality status, as can all your weapons. This gives you plenty to tuck into if you don’t mind grinding for materials, although if you’ve already put over 100 hours into the main game, this may not appeal to you.

Svartalfheim Is Ripe With Plenty To See And Do

Outside of the main quest, you can hoover up numerous side quests from the Dwarves, soak up the sights, and have at stab at the Valkyrie Arena.

In addition, if you enjoyed hunting down the Order of the Ancients in the main game, you can get into a ruck with Suttungr’s Outriders, immensely powerful foes who will give you a run for your money. There’s also more Shelters to unearth if you fancy it, viewpoints to synchronise, and plenty of Raids to tackle if you’re in it for the long haul. 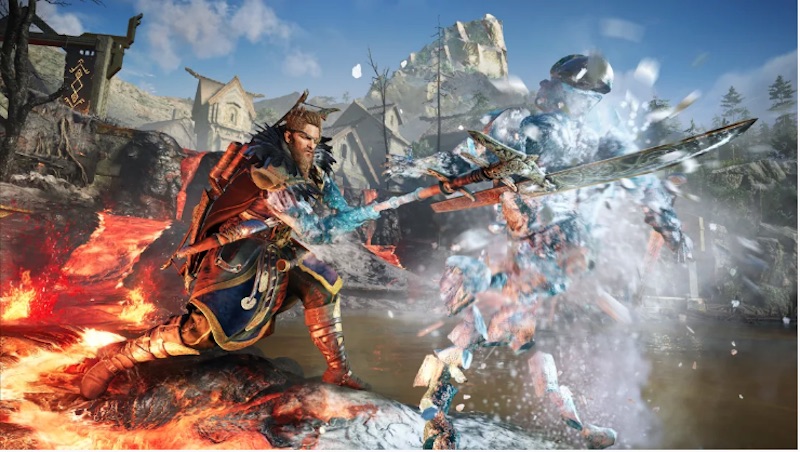 Dawn of Ragnarok is a solid expansion and one of the better post-launch DLCs that Ubisoft has churned out for its stab-happy franchise. The locations are gorgeous, the characters memorable, and there’s plenty to see and do. The extra abilities help to liven things up, but other than that, it’s more of the same – but that’s no bad thing.

Assassin’s Creed Valhalla – Dawn of Ragnarok is out now for PS5, PS4, PC, Xbox Series X/S, and Xbox One.

Assassin's Creed Valhalla - Dawn of Ragnarok is a sizeable expansion offering a gorgeous new realm to explore, memorable characters, while new abilities such as the Hugr-Rip adds a new dimension to combat and traversal. Beyond that it's more of the same however, so that'll determine whether or not you'll want to dive back into Valhalla once again.