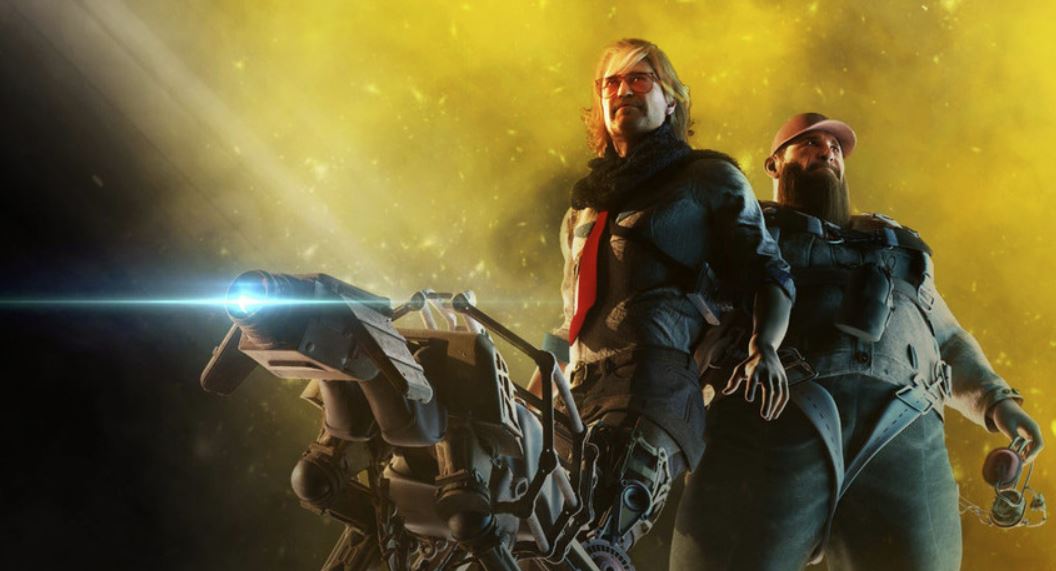 Beautiful Desolation PS4 review. You have to give credit where credit is due – there’s no other RPG out there that can boast a setting and cast of characters quite like those glimpsed in Beautiful Desolation. As Don, an investigative journalist thrown into a far flung, apocalyptic future ruled by both benevolent and malevolent machines, players are tasked with not only rescuing Don’s wayward brother but also with trying to find a way home too.

Of course between those two narrative bookends is an entire, utterly bespoke world that is generously stuffed with all manner of interesting characters and folks to meet. And it’s this sort of vibrant sci-fi setting that arguably forms the crux of Beautiful Desolation’s appeal. The thing is, it’s not a game for everyone; that much is for sure.

On first impression though Beautiful Desolation would seem to bear a strong resemblance to the isometric JRPG juggernauts of the past such as Baldur’s Gate, Wasteland, Pillars of Eternity and more, it actually owes a functional debt to the point and clickers of old. With a rigid focus on conversation and puzzle solving, Beautiful Desolation is all about chatting to folks, hearing their life stories and, more importantly, seeking out clues about what you need to do next. 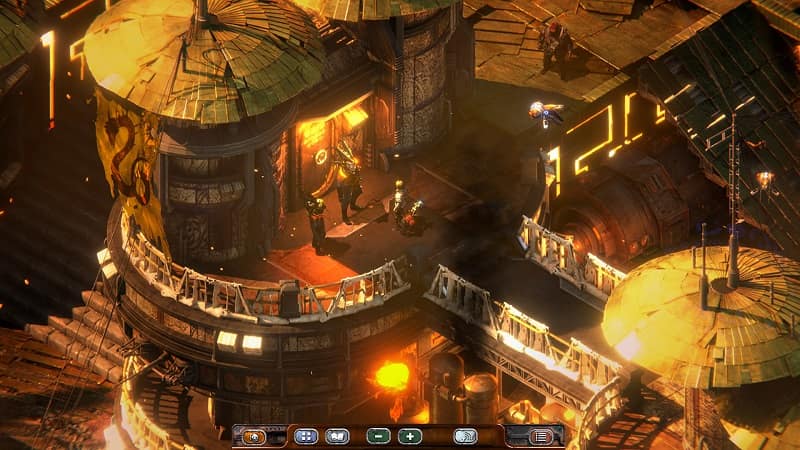 Where things come unstuck a little is in the user interface and more specifically, how Beautiful Desolation seeks to breadcrumb and signpost what the player should be doing next. Quite simply, it’s not always clear where you should be going or what you should be doing. Now, while veteran RPG gamers might revel in such ambiguity, for genre newbies it can prove to be a little frustrating to say the least.

Another issue which exacerbates that frustration is user interface. Quite clearly designed for PC folk, on console trying to navigate between the various tabs, menus and submenus proves to be immensely fiddly to the point that sometimes you just need to put down the pad, sit back and take stock just what it is you’re attempting to do.

Once you get your head around the idiosyncrasies of Beautiful Desolation’s control and navigation system, a deeply involving adventure soon blossoms that can easily consume a good 20 to 30 hours of your time. Certainly, Beautiful Desolation sticks closely to its point and click design bedrock too, allowing players to choose from a variety of different dialogue choices that enable the conversation to branch in different directions and thus, in turn, resulting in a number of meaningfully different events depending on your choices. 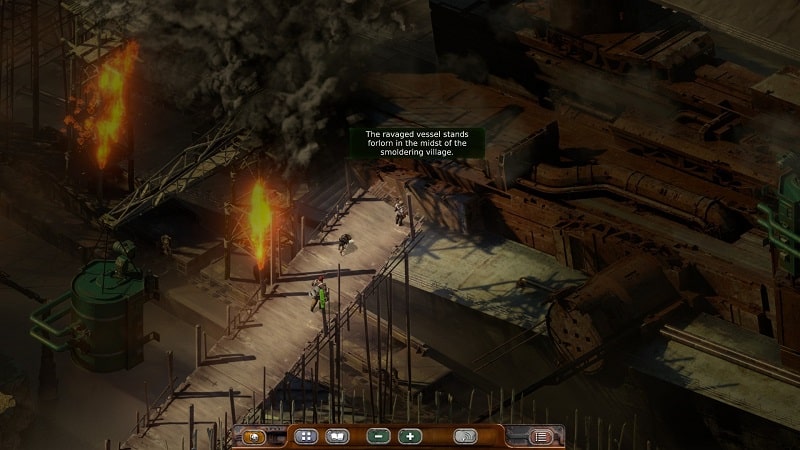 Of course, like any RPG worth its salt, the pull of Beautiful Desolation’s narrative is almost directly correlated with how interesting the characters are and thankfully the game doesn’t disappoint in this regard. Among its cast of delightfully offbeat characters, one of the most interesting that you’ll meet early on is a four-legged robot called ‘POOCH’. Seemingly a straightforward automaton, POOCH soon reveals itself to be a being of great empathy – a machine that has been fitted with an emotion chip which in turn gives rise to quite the compelling and likeable character in the process.

Sadly another area where Beautiful Desolation comes unstuck is in its employ of a range of mini-games, many of which are required to be completed in order for you to progress. Though bite-sized in scope, these mini-games feel like unneeded distractions which veer away from the main strength of Beautiful Desolation – namely the involving narrative and great characters.

Developed by South African studio The Brotherhood, it’s certainly fair to say that the post apocalyptic vision of future Earth as showcased in Beautiful Desolation is quite the unique spectacle to behold. A desert hell-scape interspersed with abandoned industrial structures into which nature has slowly reclaimed its domain, Beautiful Desolation more than earns its moniker by treating the player to a veritable cornucopia of wind-swept locations and landmarks where nature and the new machine order exist in a begrudging harmony. 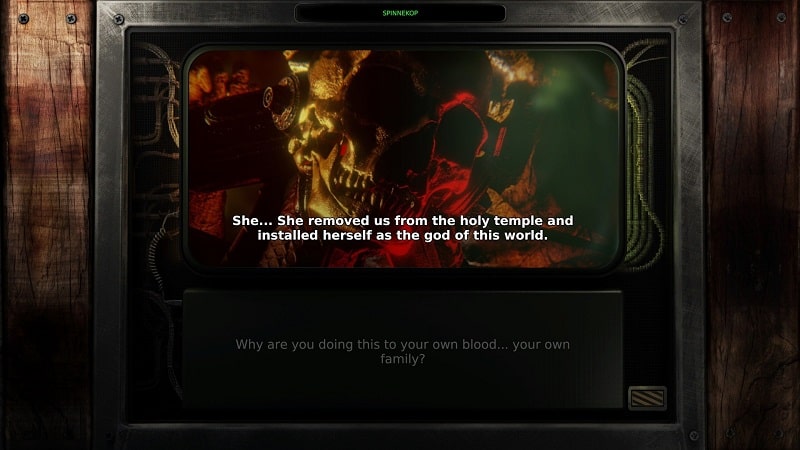 More than that, Beautiful Desolation really does a commendable job of illustrating to players how humanity has evolved (relatively speaking) into this new age. With few actual flesh and blood humans seen in the world, humanity has instead largely faded out, with the essence of humanity now found a flawed sort of immortality in the various broken down machines and other mechanical units that have long fallen into disrepair across the world. It’s a stunningly realised setting for sure and being able to zoom in and zoom out allows you to fully absorb even the tiniest detail of its impressively evocative design.

Beautiful Desolation’s African origins bleed through into other aspects of the presentation too, as the game features an impressively extensive African voice cast, though some performances can be a little hit or miss (the main protagonist, Don, especially). Elsewhere, Mick Gordon, who brought his musical talents to games such as DOOM Eternal and Prey, returns here with a stirring score that deftly captures the far flung futurism of Beautiful Desolation in ways that stroke your earholes rather nicely.

Sure enough its clunky UI, forced mini-games and dialogue heavy beats won’t be for everyone, but if you’re looking for a game with an utterly unique setting that will fire off the pistons in your brain while its carefully engineered narrative unfolds like a classic page turner, then you need not look further than Beautiful Desolation.

Beautiful Desolation releases for PlayStation 4 on May 28, 2021.

Though a clunky UI and collection of surplus mini-games detract from Beautiful Desolation's evocative setting and characters, this is nonetheless one of the more interesting point and click adventures to come along for a good while. Not least thanks to its superbly imaginative take on a post apocalyptic future where the lines between humanity, evolution and immortality are deeply blurred. Even for the most stalwart adventurer, Beautiful Desolation's narrative and fresh premise will find a way to delight and surprise in equal measure.