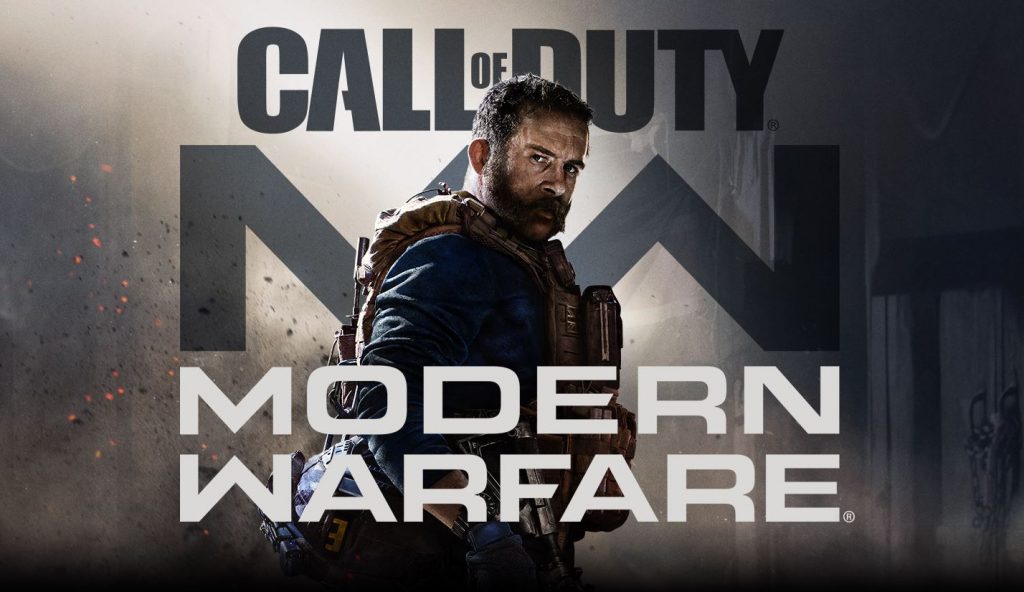 Infinity Ward has spent the past several months promising that this year’s Call Of Duty was going to be as groundbreaking and riveting as Call Of Duty 4: Modern Warfare. It’s rarely disputed that Modern Warfare not only catapulted the series into the huge success it is now, but changed the modern military shooter forever. Twelve releases (and years) later, the franchise has struggled to maintain that balance between success and acclaim with fans and critics saying Call Of Duty was a fading relic that offered the same experience year after year.

Call Of Duty has been everywhere including space, so it’s not so much the franchise needed a change of scenery but rather a tech upgrade. This year we finally get a new engine and what better way to show off that shiny new tech than with Modern Warfare, which is being described not as a sequel but rather a reboot. As an added bonus, some of the original team that left for Respawn Entertainment is now back home at Infinity Ward.

I’ll admit, I’ve never stopped playing Call Of Duty. In my gaming lifetime, it’s a series that has defined what I want in a multiplayer shooter, and for better or worse, it usually delivers. I play most shooters, but I always find my way back to Call Of Duty, however, even I’m not oblivious to the fact that the franchise needed some work.


I’ll start by stating the obvious – Call Of Duty Modern Warfare looks amazing. I played the game on a PS4 Pro, and was impressed that the game rarely stuttered or suffered from any noticeable frame rate issues even when the screen was populated with multiple enemies. The photorealism of the gameplay looks better than most game’s cutscenes do.

The audio mix is equally as impressive as the graphics. The sound will surround you with footsteps, bullets, and helicopters, indicating clearly in which direction the danger lies. This is never drowned out or overpowered by the haunting score from Sarah Schachner, which is mixed in so perfectly as to be a noticeable tone and mood enhancer but is cautious to never distract.

Modern Warfare Is A Fictional Take On The Syrian Civil War

Last year’s Black Ops 4 did not include a campaign in order to focus resources on multiplayer, with the lions share of the work likely directed toward the Battle Royale mode Blackout that was a Call Of Duty first. Modern Warfare not only includes a return to the single player experience but it also seems to be the game’s main focus, including the fact that every attainable trophy is acquired through playing the campaign. Infinity Ward wants you to experience the horrors of war in a controversial and brutal campaign that comes with a warning of disturbing content each time you start it.

Modern Warfare is a work of fiction but it doesn’t take much to figure out it is inspired by Russia’s involvement in the Syrian Civil War. The core of it takes place in the fictional town of Urzikstan which has been occupied by Russian troops led by the sadistic General Barkov. American and British soldiers including Modern Warfare fan favorite Captain John Price will join forces to recover a deadly gas that has been stolen by an unknown group with the help of a local rebel group led by Farah Karim. In return for her help, Price and CIA special agent Alex will assist Farah in removing Russian forces from Urzikstan.

The Modern Warfare campaign is a gut wrenching six hours of one of the most cohesive and realistic campaigns in the history of Call Of Duty. In many ways Infinity Ward has achieved what they set out to do and delivered a very dark and often disturbing depiction of war. While I don’t think it reached the level of guilt I had when I played Spec Ops The Line, I was faced with situations that left me uneasy and haunted me way after the credits rolled.

I don’t want to delve too deeply into the story aspect of Modern Warfare, because if you are going to play it, it’s best you go in and experience it for yourself. Sometimes it’s difficult to tell the bad guys from the good guys, and events will unfold that cause the American government to declare Farah’s Army a terrorist threat. A move that angers Alex who decides to stay in Urzikstan and joins Farah’s Army.

I’ve always felt that aside from a few exceptions (including Price), Call Of Duty characters are largely forgettable. In Modern Warfare the characters seem to draw more emotion from the player largely due to the excellent voice acting. I won’t forget these characters however, especially Farah. We end the campaign with a cliffhanger that mentions the possible return of a few other Modern Warfare favorites including my beloved Ghost, but I really want more of Farah’s story and hope she makes a return in a future Call Of Duty title.

From No Russian To Blame Russia

Of course with sensitive material there is always going to be controversy. Hiding behind the guise of fiction is the fact that Infinity Ward has tried to re-write a chapter of the Gulf War known in both game, and real life, as The Highway Of Death. In the game’s mission as Alex you are tasked with sniping enemies hiding amongst burnt out vehicles known as The Highway Of Death which the game credits to earning its name after Russians bombed it during an invasion.

In real life The Highway Of Death was a US led coalition that many consider a war crime where hundreds of Iraqi people were gunned down despite the fact that they were retreating from Kuwait. This has angered Russian people so much that Sony has pulled the game from the Russian PlayStation store. It’s an unfortunate oversight in an otherwise decently written campaign that should have researched a bit more, even if it is a fictional account.

Returning to Call Of Duty is the co-op mode known as Special Ops which extends the story of the campaign with missions that can be played with up to four players. I have to say, I didn’t fare too well with it as you are just kind of thrust into the action with a short briefing. It’s a mode I will check out more with friends later on. As there is no Zombies Mode in Modern Warfare, the next best thing is the Special Ops mode Survival. You and up to three friends, or match made strangers, can take on waves of progressively more difficult enemies who aren’t zombies. It’s a highly enjoyable mode, to say the least.

Of course that leaves us with the heart of Call Of Duty, multiplayer. I said it when I extensively covered the Modern Warfare beta, and I stick by it now, this is the Call Of Duty multiplayer fans have been waiting for. More than any aspect of Call Of Duty, online multiplayer has been on a steady decline probably due to an outdated net code and engine. On a personal level, it’s finally free of the Treyarch multiplayer standard which included the awful pick ten point loadout that I hated so much.

To some dismay, kill streaks are back. I like the simplistic approach and if you are an average player like me, don’t worry, there are enough good low level kill streaks and a perk that unlocks them one kill early to help almost anyone bring some kill streak joy to the team.

There are some old and new faces in weapons and equipment with plenty to appease all types of players. I’m an assault rifle aficionado who sometimes dabbles in the world of machine guns of both varieties. There seems to be a good balance to the weapons and each behaves as a different gun with its own strengths and weaknesses. It doesn’t seem that quick scoping is as abusive here either, yet another bad Treyarch trait that needed to go.

Of course, all good things in Call Of Duty usually have a downside. For Modern Warfare, it’s that while the game performs beautifully and enjoys the best online performance it has had in years, the map design and lack of game modes are disturbing. Most of the maps are just way too big even for the 10 vs 10 modes. Learning your surroundings is half of the battle in multiplayer, and maps like Piccadilly seem to have infinite routes and hiding spots making it tough to learn. These maps aren’t really suited for classic modes like Team Deathmatch and Domination with small teams and it completely changes the pacing of the matches.

Another issue with the maps is that there isn’t very many if you are like me and mostly play the classic Call Of Duty modes. I can’t imagine that Gunplay, the 2 vs 2 newly added mode played on smaller maps, is as popular as Team Deathmatch, so why are there just as many maps for it as there is for the traditional modes. As someone who has never been a fan of the map voting system, I’d actually prefer it here as map rotation is horrendous. I seem to be stuck in an endless cycle of the same few maps on repeat, often with the same map at least three times in a row.

Kill Confirmed Is Only Available In Private Matches

I do love the fact that I can filter modes in Quick Play so that I’m not playing modes I don’t like. However, this brings me to my final issue, where are all of the game modes Infinity Ward promised, and more importantly where is Kill Confirmed? Apparently modes will be rotated in and out in the future, which is maybe an attempt at not dividing the player base. I would think a game the size of Call Of Duty which now includes cross play would have enough players to at least ship with fan favorites like Kill Confirmed.

Sometimes I think Call Of Duty is its own worse enemy; always trying to be something else instead of what it does best. If I wanted large scale battles featuring vehicles, I’d play Battlefield. It’s great to have that as an option, but it shouldn’t be at the expense of the core Call Of Duty multiplayer experience that we love.

Call Of Duty Modern Warfare is available now for PS4, Xbox One, and PC.

Though it disappoints with some poorly designed maps and a lack of game modes at launch, Modern Warfare is one of the best games in the Call Of Duty franchise featuring a haunting and memorable campaign that is probably the best looking game this generation.