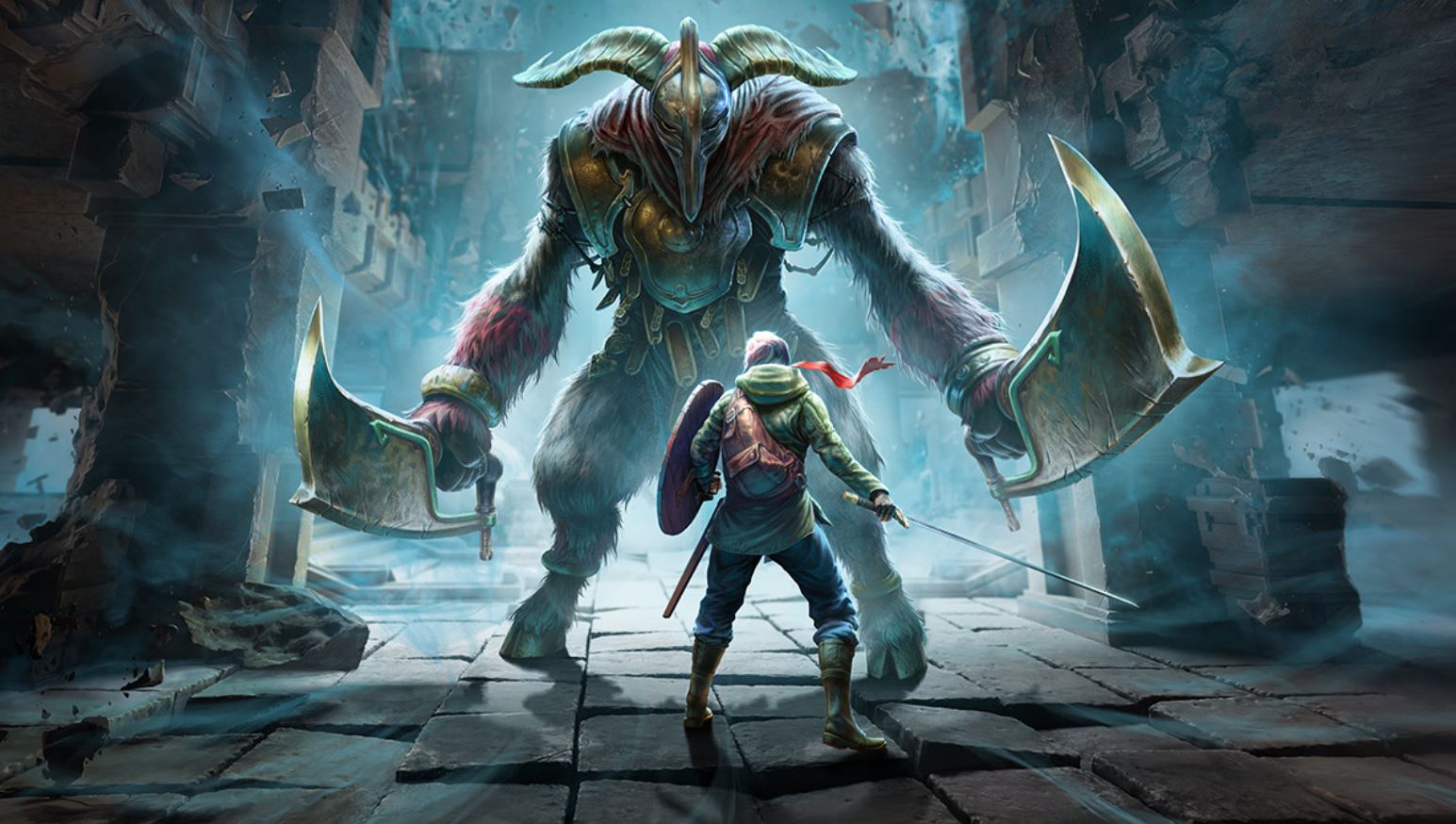 Chronos: Before The Ashes PS4 Review – The success of the Souls franchise has birthed a wide variety of games inspired by it. Chronos: Before the Ashes is one of those games. Chronos saw success back in 2016 with its VR perspective, but with Before The Ashes opting for a third-person perspective and a retooling of the original game, does it have what it takes to stand out on its own?

Chronos: Before The Ashes PS4 Review

A Unique Take On The Souls Formula

The premise to Chronos originated in its VR form: You are a hero meant to jump into a different realm and defeat the dragon and its minions that control that realm. One day a year, the window opens to the realm, and you can enter it to take on the dragon. If you die, you return to the real world and wait a year to attempt the realm again but a year older.

Chronos also takes healthy inspiration from Resident Evil. As you progress, you must find items that you can combine and inspect to open blocked paths that you encounter. These bring a sense of interaction with the world and even helps to deliver an Alice In Wonderland-type way of approaching different zones.

Unfortunately, this aspect of the game quickly diminishes, as Chronos moves away from a slightly open format to a more linear one.

You find notes along the way, indicating hints of what took place in the realm you’re occupying, complimenting the early narrative well. These are quite common in the beginning, but they become more scarce as you continue. The ending itself is abrupt and leaves much to be desired, but the journey there still has some thrills along the way. In fact, I distinctly remember having a large boss reaching in after me after I managed to open a gate.

Chronos: Before the Ashes features a low fidelity visual style. In motion, the game delivers on its stylized minimal presentation, hearkening to games like Absolver. The sound effects and audio here are to be expected: nothing impressive but every sound fits the experience.

Combat itself follows the mechanics found in all Souls games: Triggers attack and block, Circle dodges and runs, and Square uses items. When compared to Souls, the pace of combat is about half the speed. Coming from Demon’s Souls, it took me a long time to acclimate to the flow of combat, but having a slower speed helps to show exactly where your mistakes are.

Age Is Just A Number

Growing old plays a major role in Chronos. Each time you fall in combat, your character grows a year older. As your player ages, stats slowly adjust to benefit the character in different ways. At a young age, Strength and Agility levels provide more benefit than they would when old, and the opposite is true for Arcane and Vitality levels, which focus on buffing magic and health.

For each decade you pass, you gain a permanent boost to your stats. These boosts allow you to anchor into your play style by choosing permanent improvements, like the “agility of someone half your age” and even immortality at the maximum age of 80. At the same time, these boosts contradict any age-specific adjustments to how your character could become.

This dichotomy adds risk-reward that I’m still on the fence about. When you’re young, you don’t have the point allocation to benefit from levelling strength, unless you don’t die at all. Using the rare healing items and filling your health when you level, you could certainly go a long time without dying.

While each strength point may account for less after age 50 or so, the diminished impact doesn’t quite force you to change how you play in the long run. Specifically, Arcane only affects elements that can be applied to your weapon rather than having magic abilities that you can cast on your own.

No matter how you develop your character, you’re still dependent on a weapon. All in all, though, I think this is a good thing for the game in general since you honestly shouldn’t be punished for levelling your character.

I haven’t tested this too much, but since I reached level 80 and chose all my abilities, the game has gotten significantly easier to play. You take less damage and deal out more. Combine this with a difficulty setting, and this grants an almost completely accessible Souls-like game for everyone wanting to try the formula. The “end-game” to Chronos contradicts the initial formula, but it makes for a better all-around game in the end.

Chronos: Before The Ashes takes inspiration from the Souls franchise, but it doesn’t have the same kind of heart. Its unique ideas bring a lot to the table, but like the narrative, they don’t reach the end of the game with the same conviction.

Many of these ideas get contradicted the longer you play, but the end product still has something to check out. Chronos is a good distraction in a release window filled with high-profile titles.

Chronos: Before The Ashes releases for PS4 on December 1, 2020, and will be playable on PS5 via backwards compatibility.

Chronos: Before The Ashes brings to the Souls formula some interesting ideas that, if further explored, could expand on a beloved formula quite nicely. However, in its present form, these ideas contradict themselves, creating more of a red herring than a legitimate risk-reward system. Regardless, the game is fun to play, but the narrative and initially appealing age mechanic don't reach the end of the game with the same intensity.